Gold Frankincense & Myrrh take the Commonwealth of Kentucky by storm!

Something special occurred Friday evening at the Mercury Ballroom as Gold Frankincense & Myrrh took the Louisville stage for their first time ever in the commonwealth of Kentucky. Gold Frankincense & Myrrh or more commonly referred to as GFM are 3 sisters from Jacksonville, FL featuring bassist/vocalist Maggie English, guitarist CJ English and drummer Lulu English and have coined their style/genre of metal aptly dubbed Beautycore.

Having been introduced to music at a young age, GFM’s origins go back to 2016 when they worked on their first album Identity Crisis with producers Jake Jones and Justin Forshaw (We as Human). Their first US tour followed in 2017 and there has been no stopping GFM since. 2019 saw the release of the bands EP Oh, The Horror! and 2020 marked the release of their most beloved EP to date: Operation Take Over.  Surprised fans this May, GFM released their latest 6-track EP Framing Perception. Over this period GFM have shared stages with some of the biggest and hottest bands around including Motionless in White, Breaking Benjamin, Demon Hunter, A Day To Remember, Disturbed, Halestorm, Chelsea Grin, and more and will be on tour with Chris Jericho and Fozzy later this summer.

A little bit from GFM around their latest EP: “We always put our whole heart into the things we write, but with this EP, we’ve have had more experiences to write about. We’re still learning and growing, but we’ve realized that sometimes in life it’s not about what happens to you, it’s about what you do with it. Your perception of a situation can change the outcome, so “Framing My Perception” talks about that. When life gets tough, it’s best to stop, take a breath, make sure we’re focused on what’s important, and let everything else fall into place.” – GFM

As for the evening, after a short delay due to some technical difficulties GFM opened their set with “Honest Abe” from the aforementioned Framing My Perception EP and really never looked back. It didn’t take long for the Friday evening crowd to warm up and by the time GFM finished with “S M I L E” the crowd was jumping and fist pumping.  Something you don’t really see at a metal show is fans being bribed with cupcakes but … GFM isn’t your “normal” group. When Maggie English promised the crowd cupcakes if everyone helped sing the chorus during a fiery rendition of “Give Me a Sign” Louisville obliged, and Hostess cupcakes came pouring from the stage.  GFM closed out their time in Louisville with a rocking rendition of “Bones” before closing with “The Other Side”.

With an energetic style and an infectious presence GFM was nothing but great in Louisville and by the set’s end, had earned lots of new followers and fans.  GFM’s upcoming dates in the US with Fozzy are not to be missed! 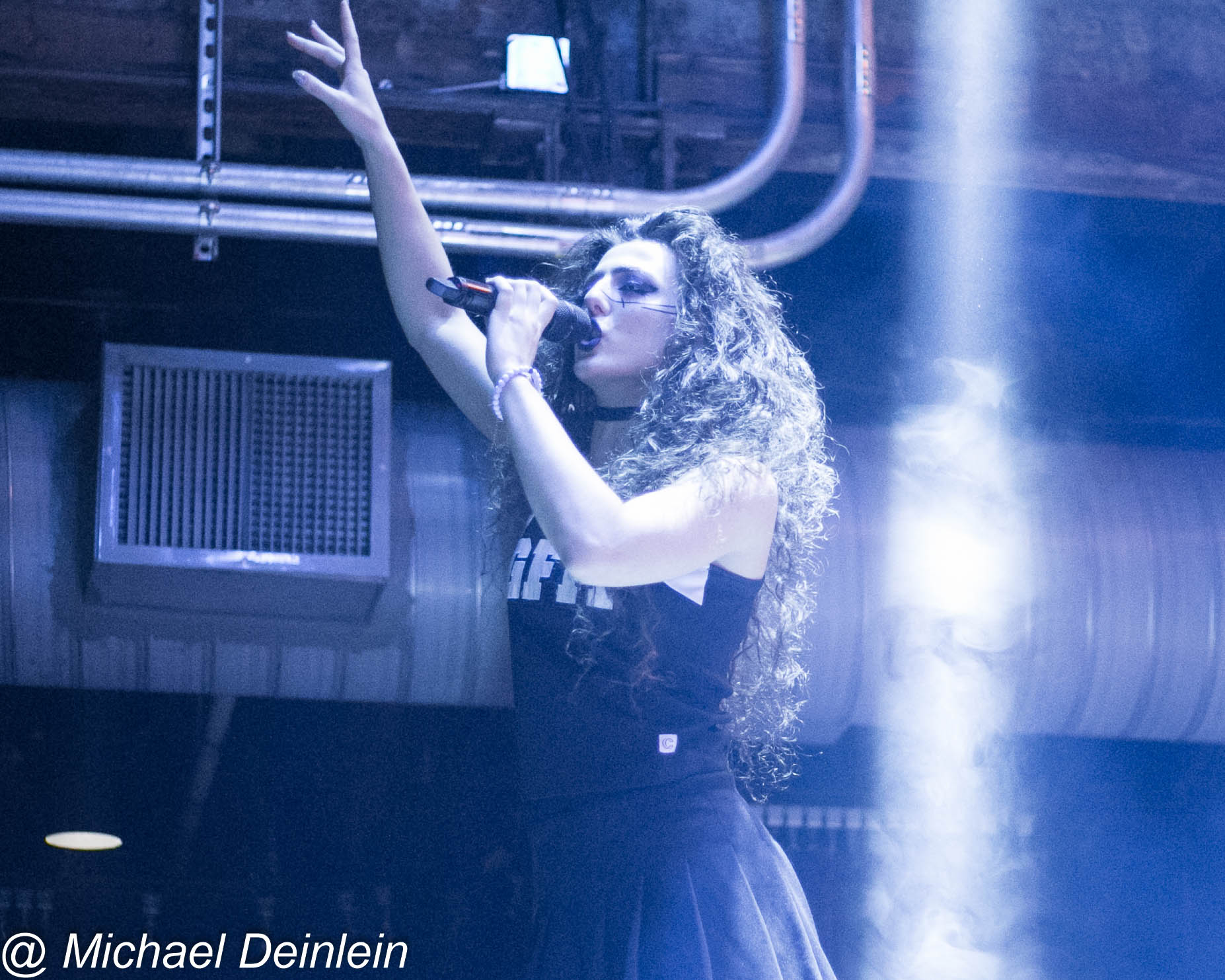 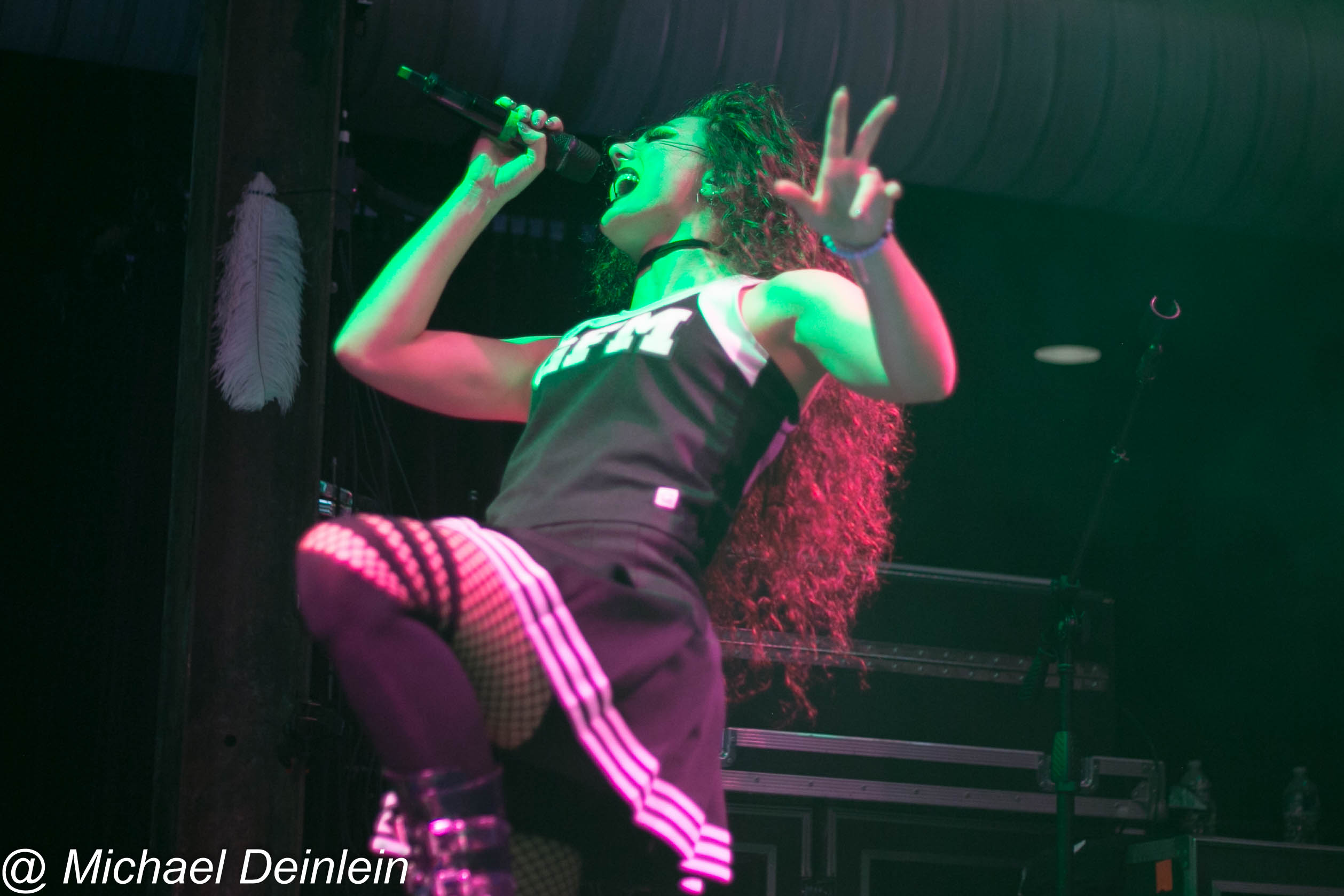 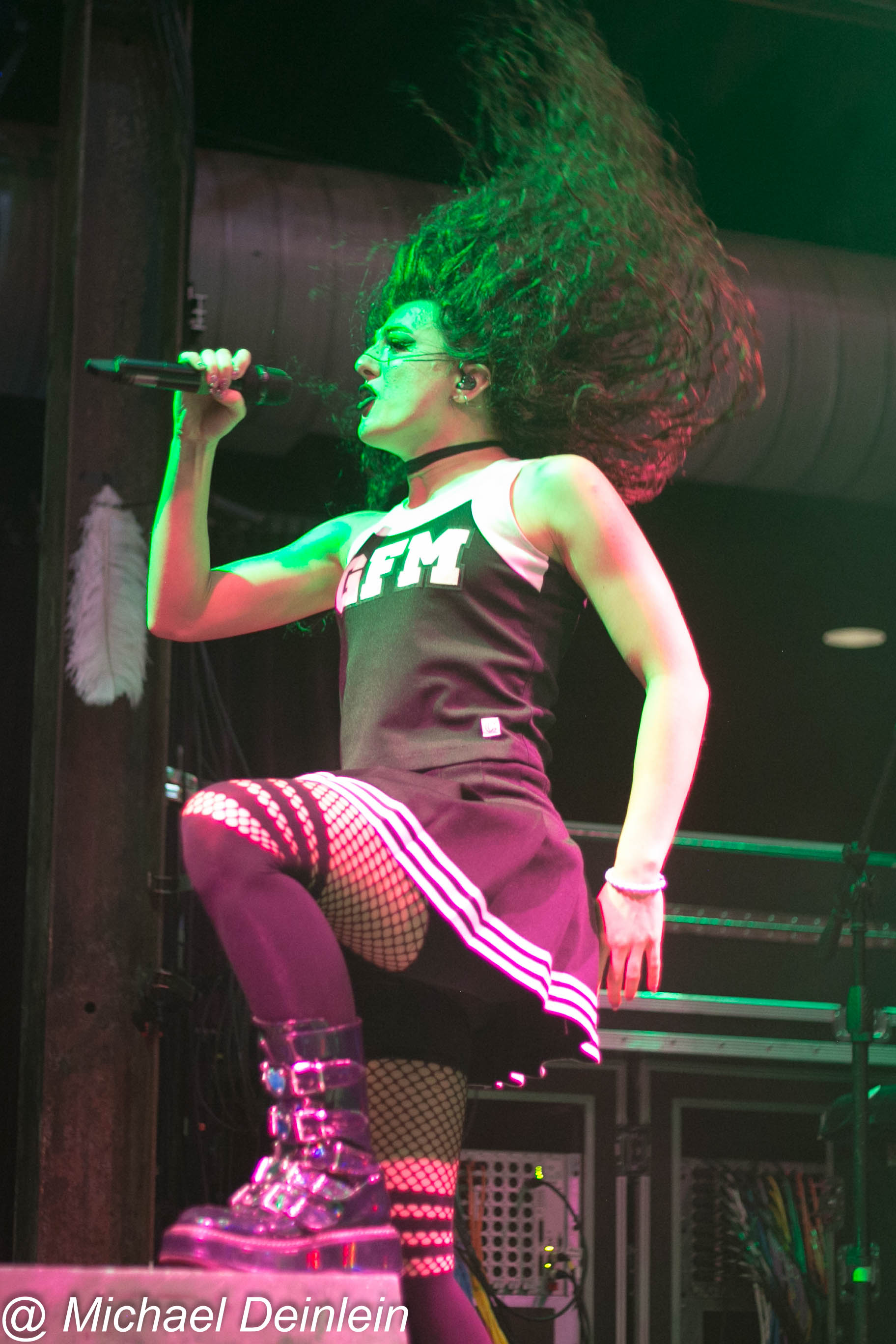 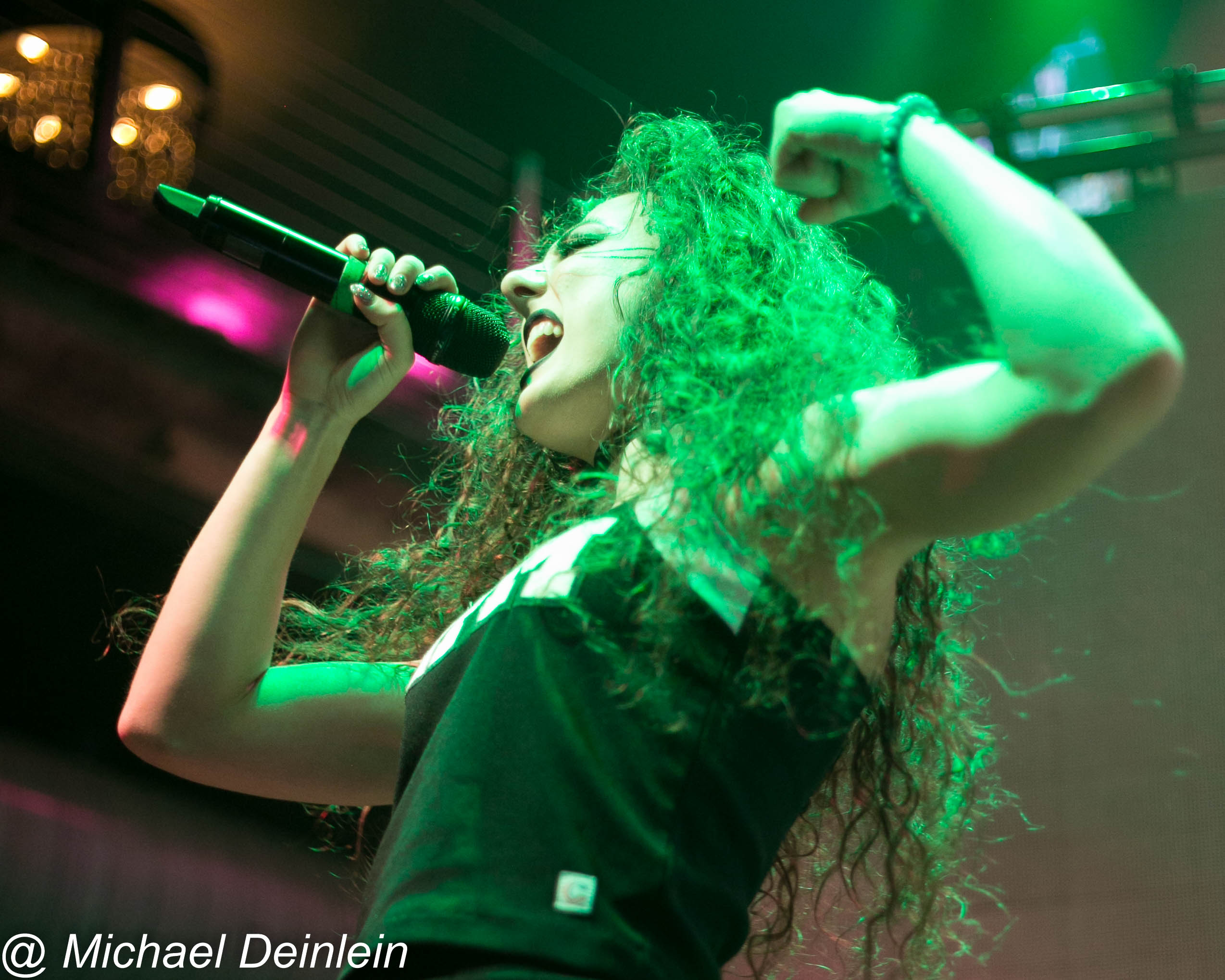 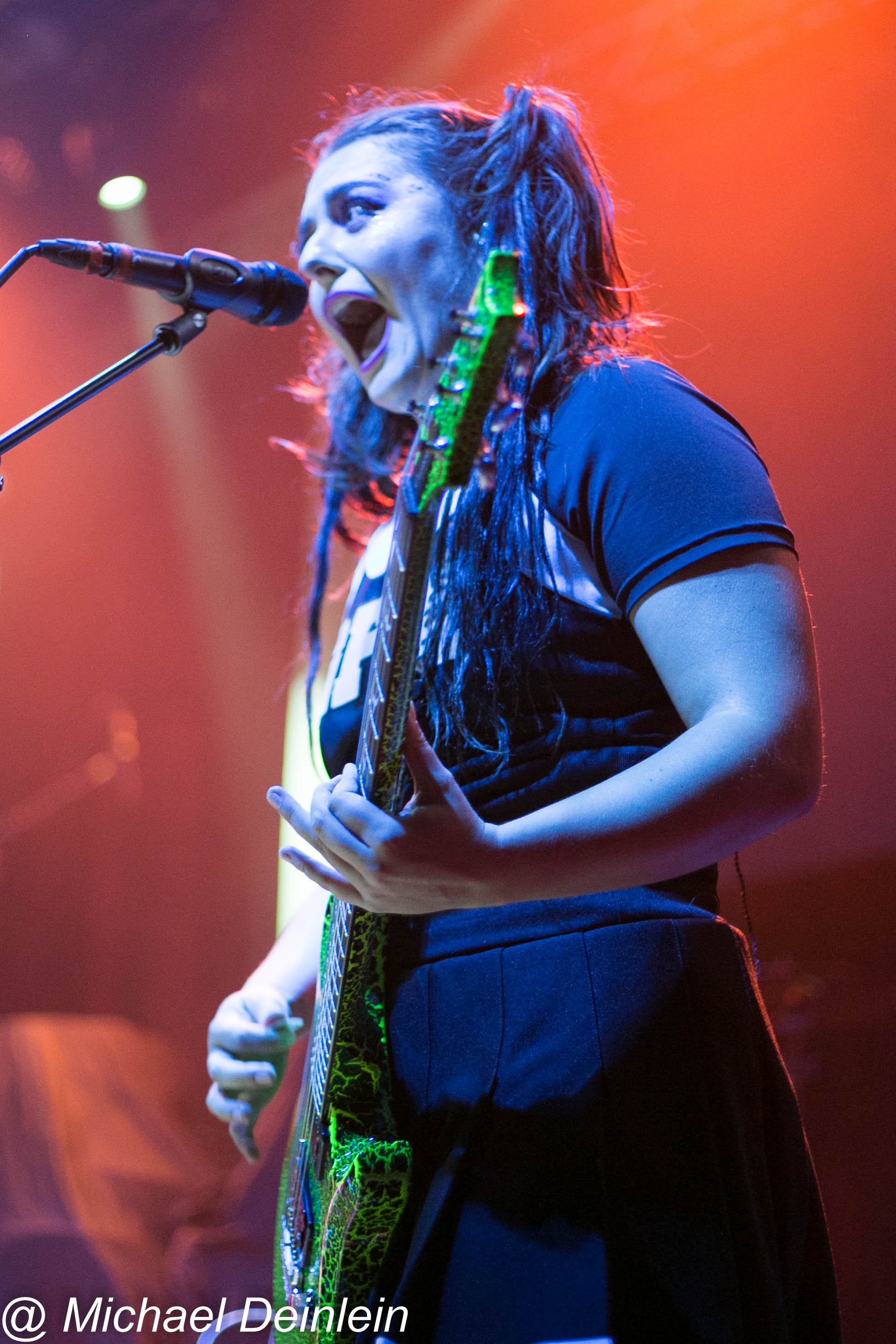 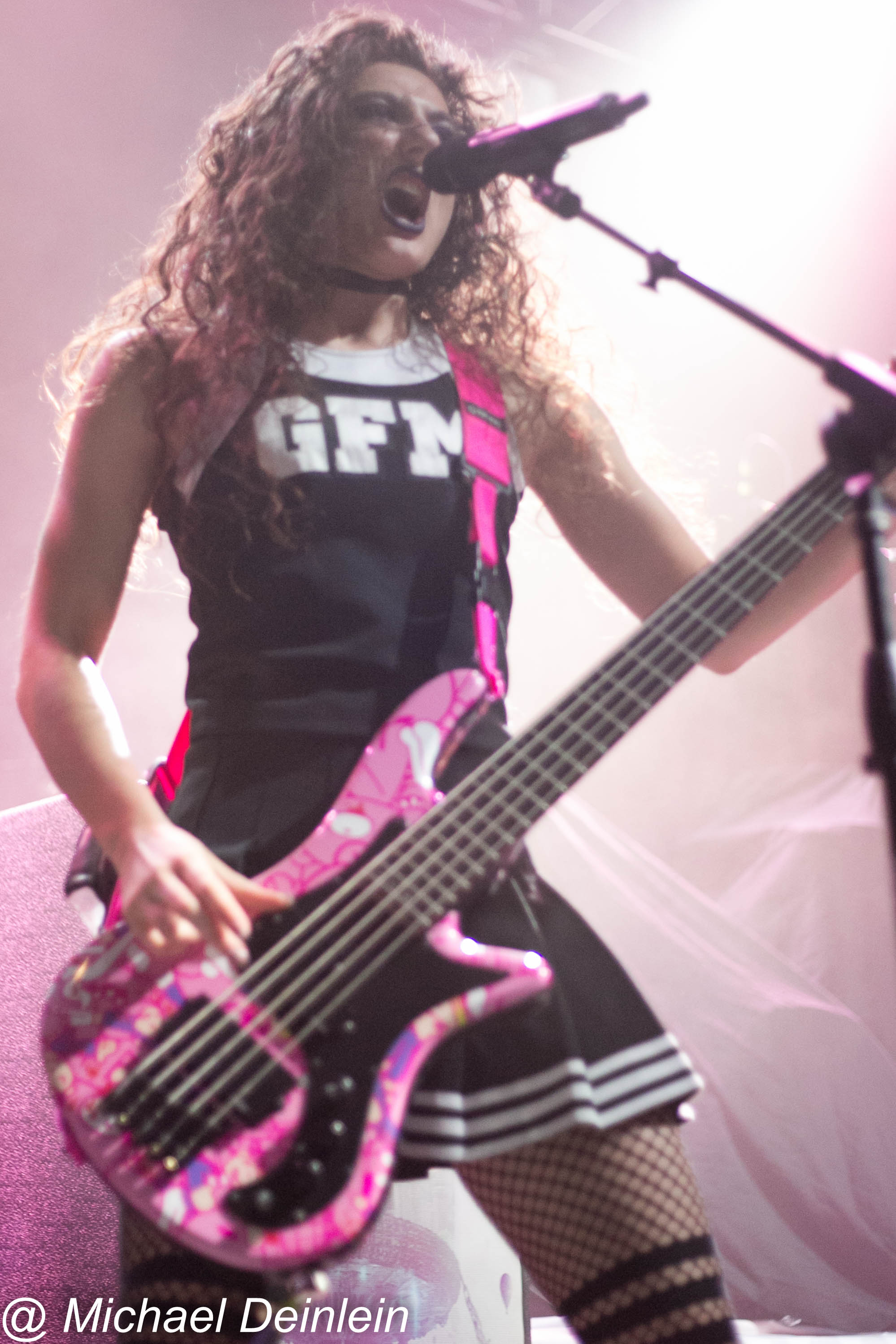 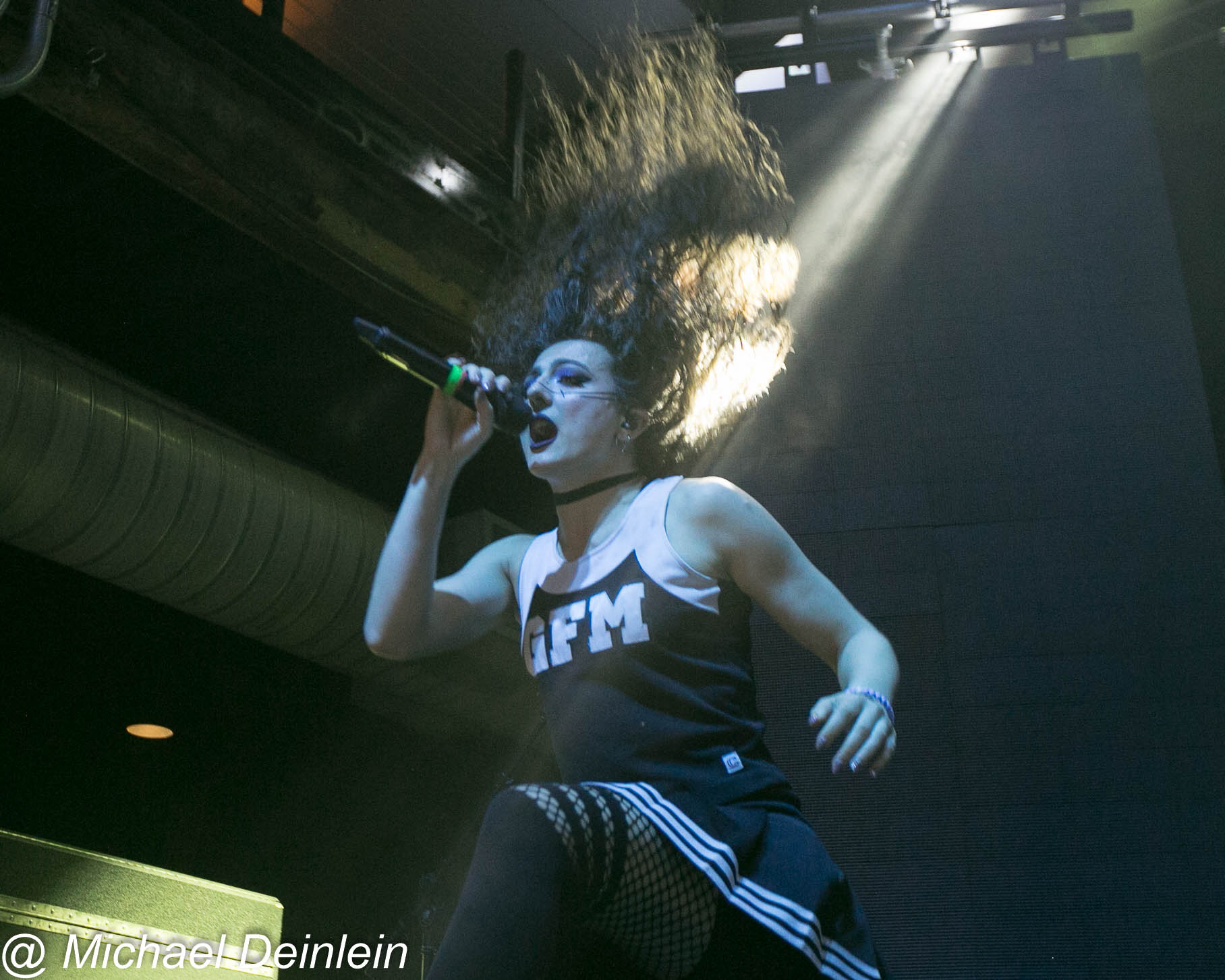 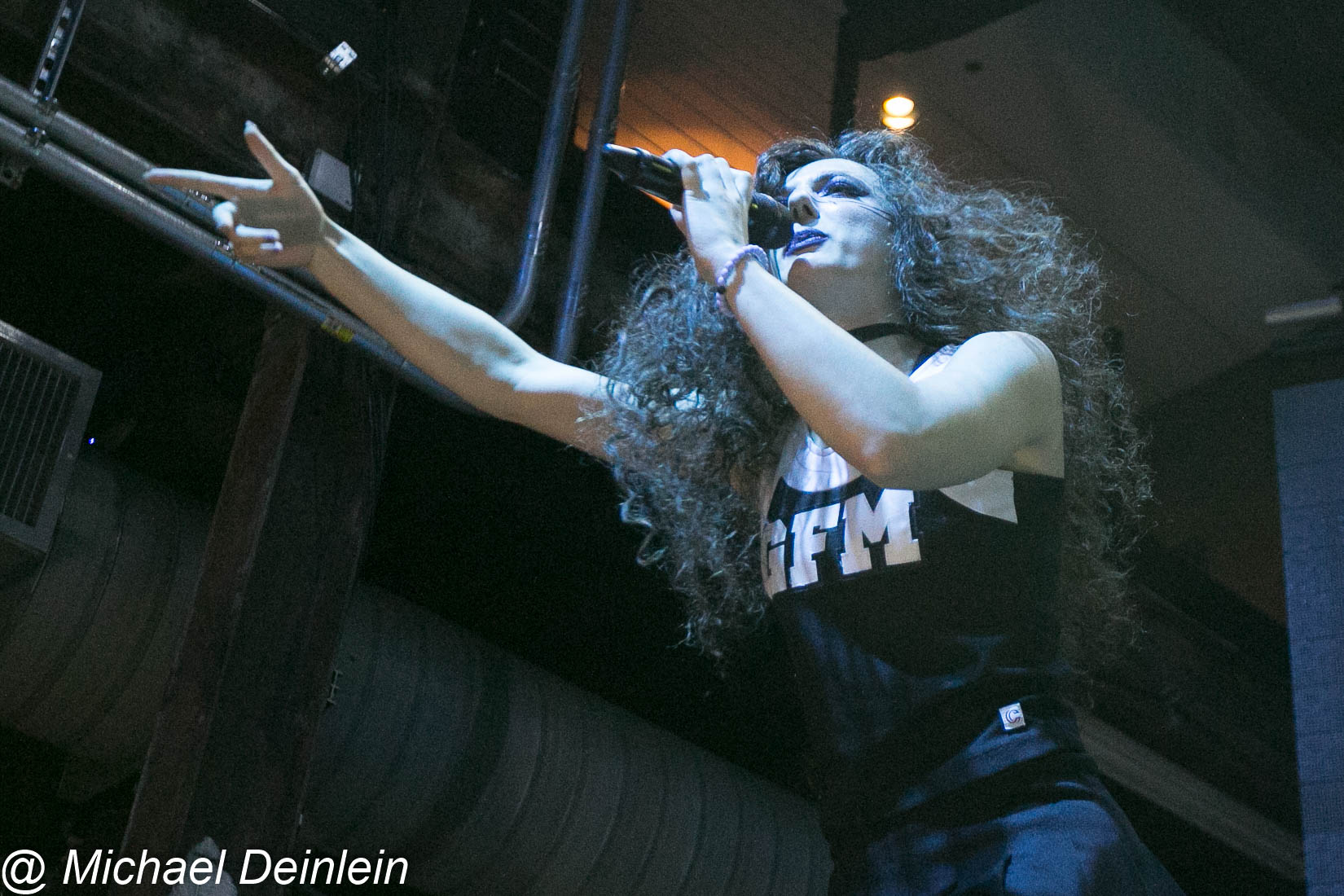 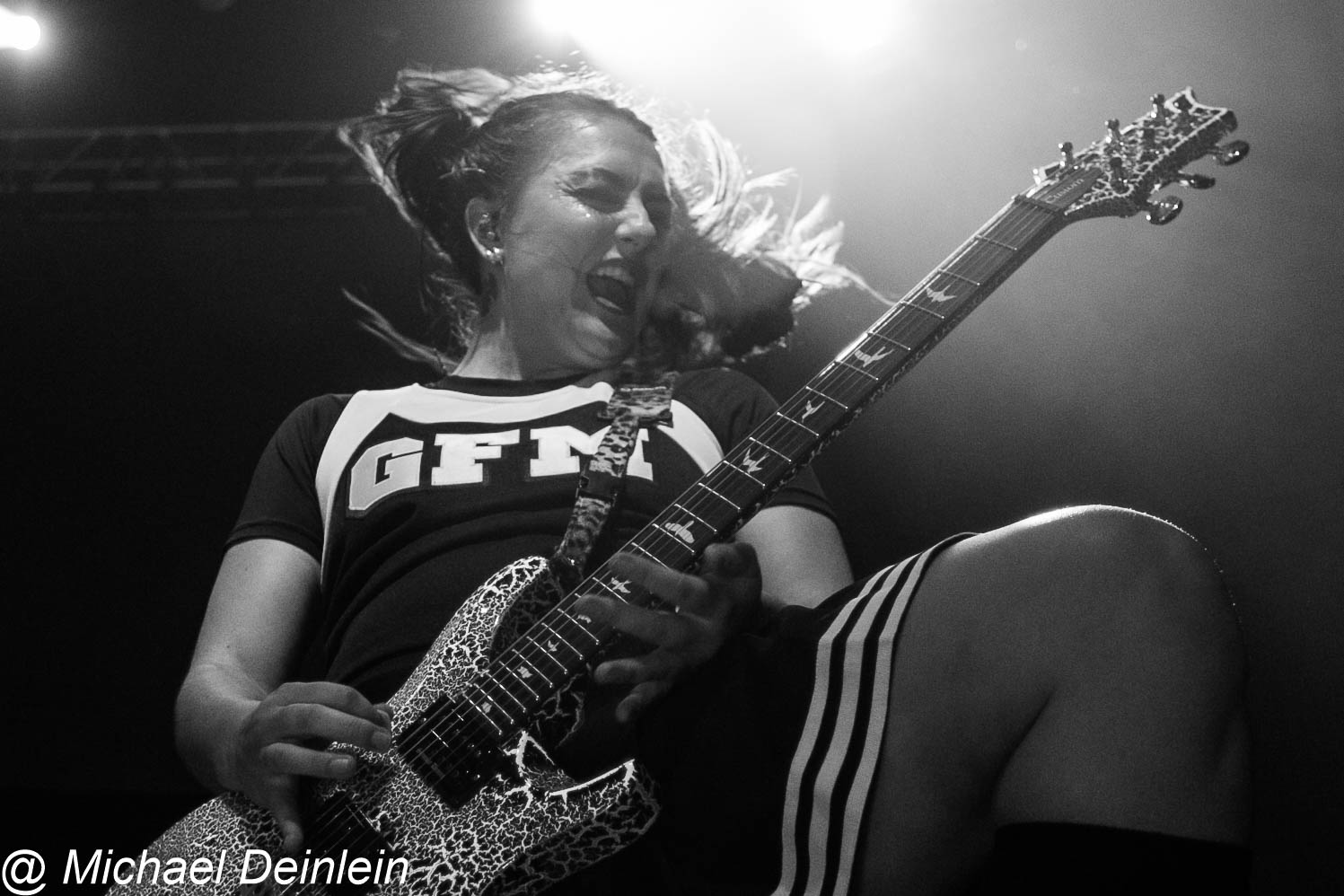 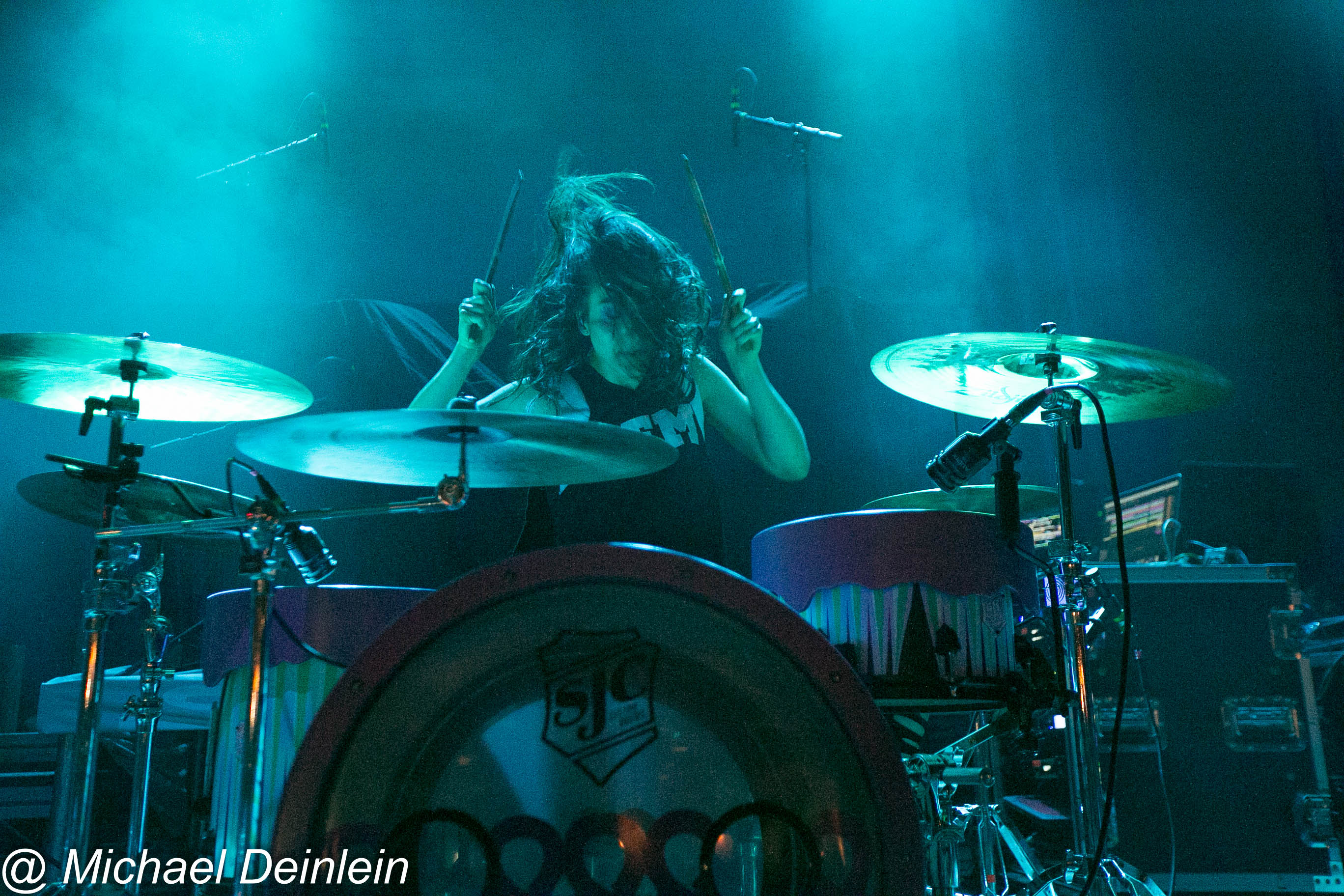 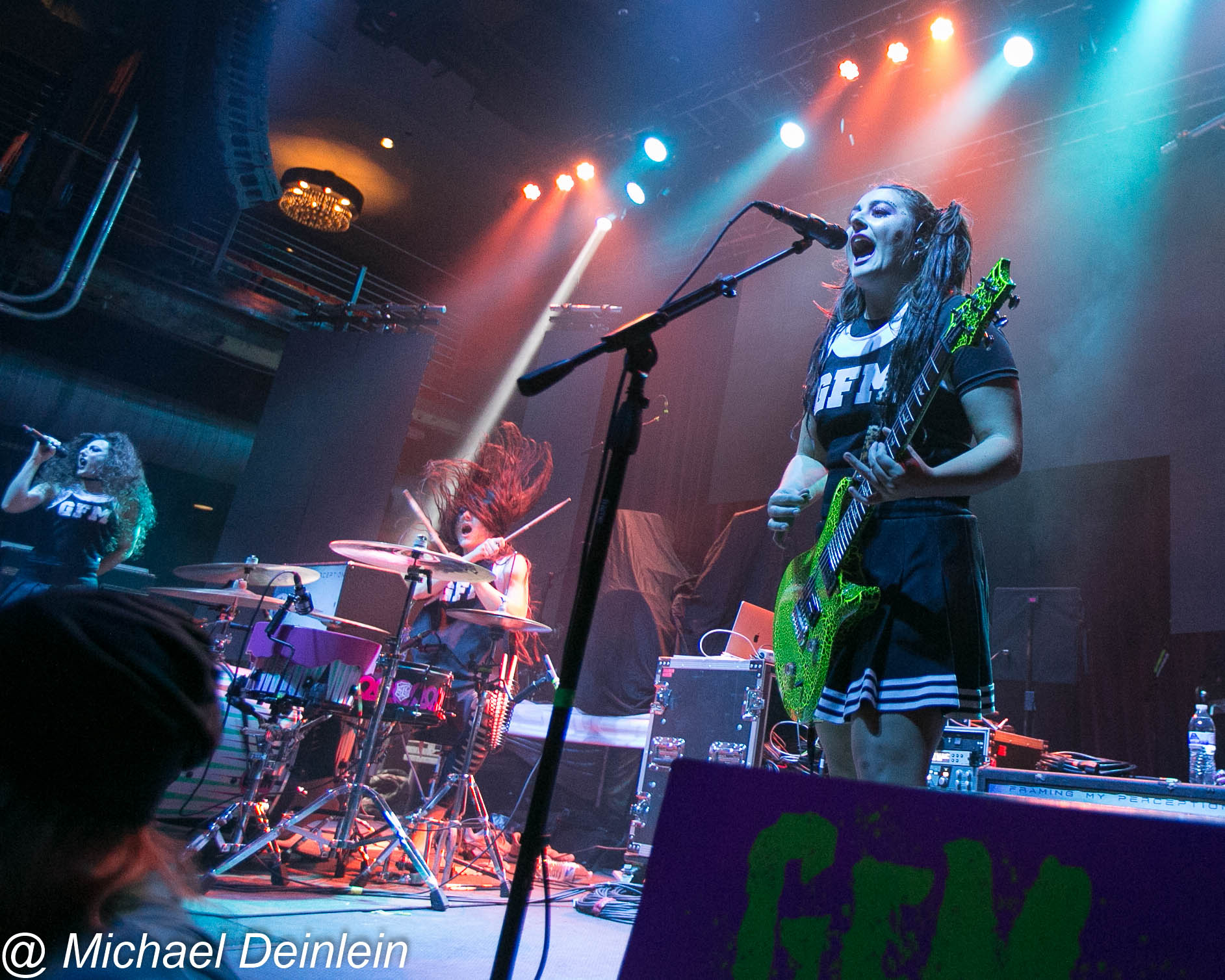 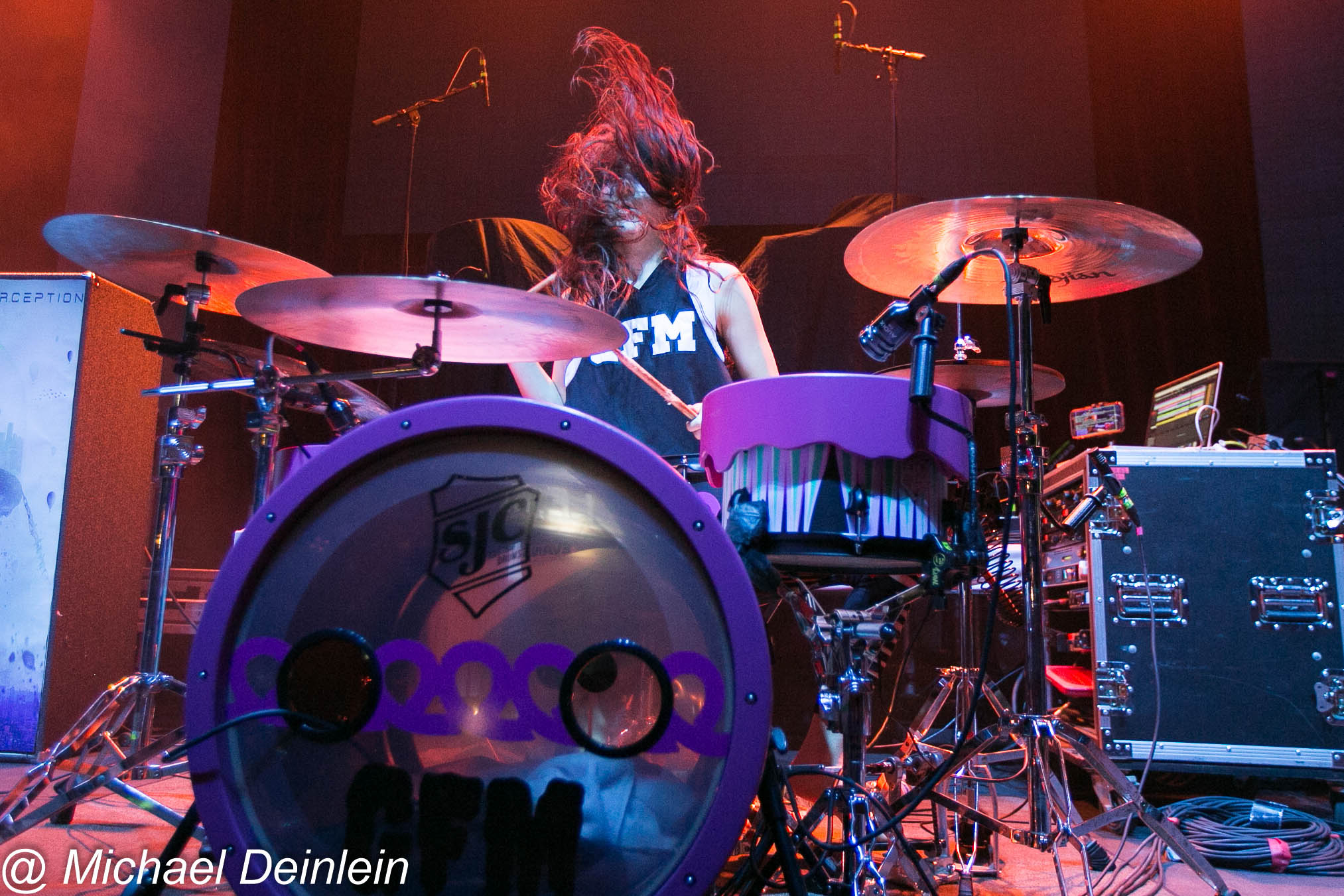 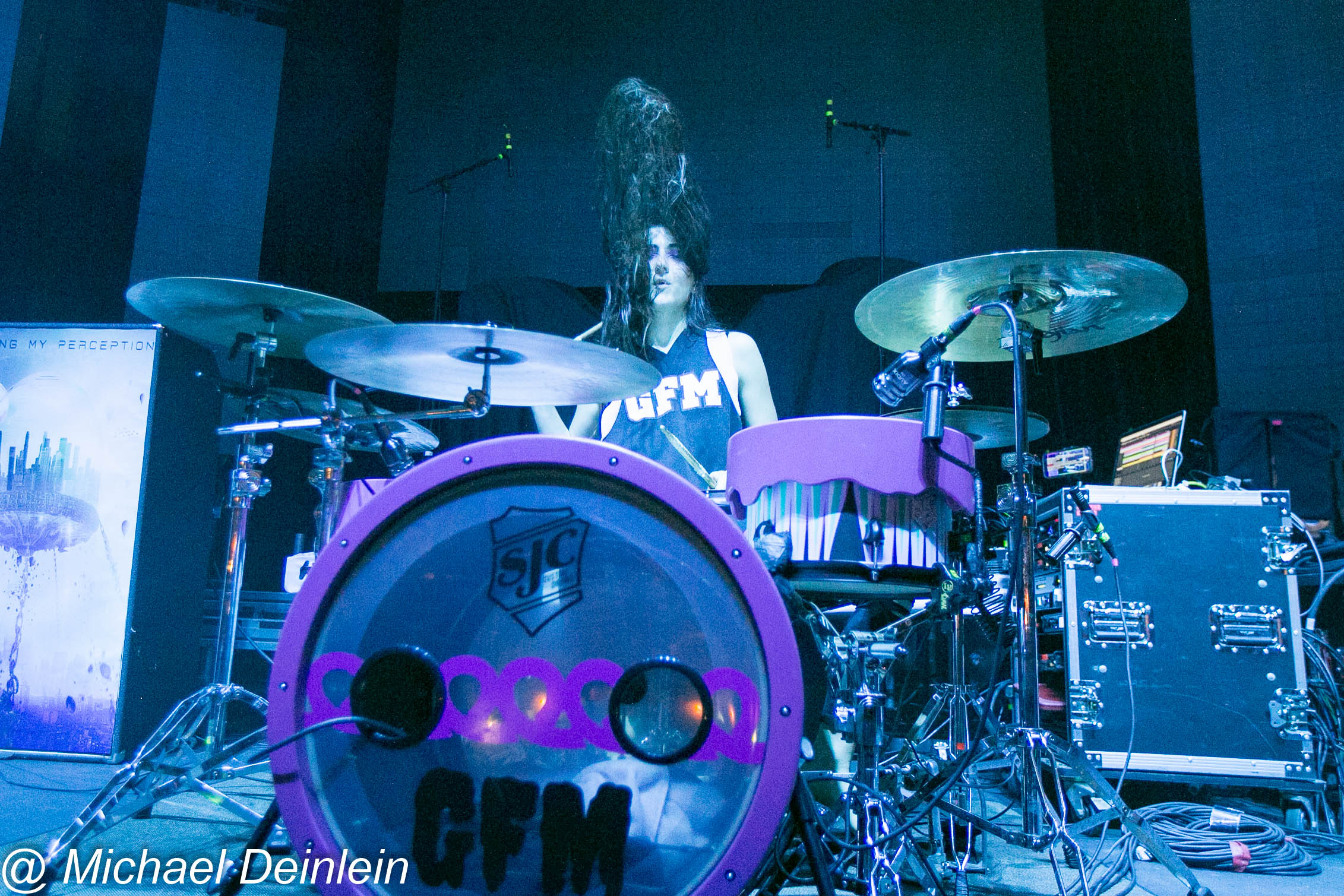 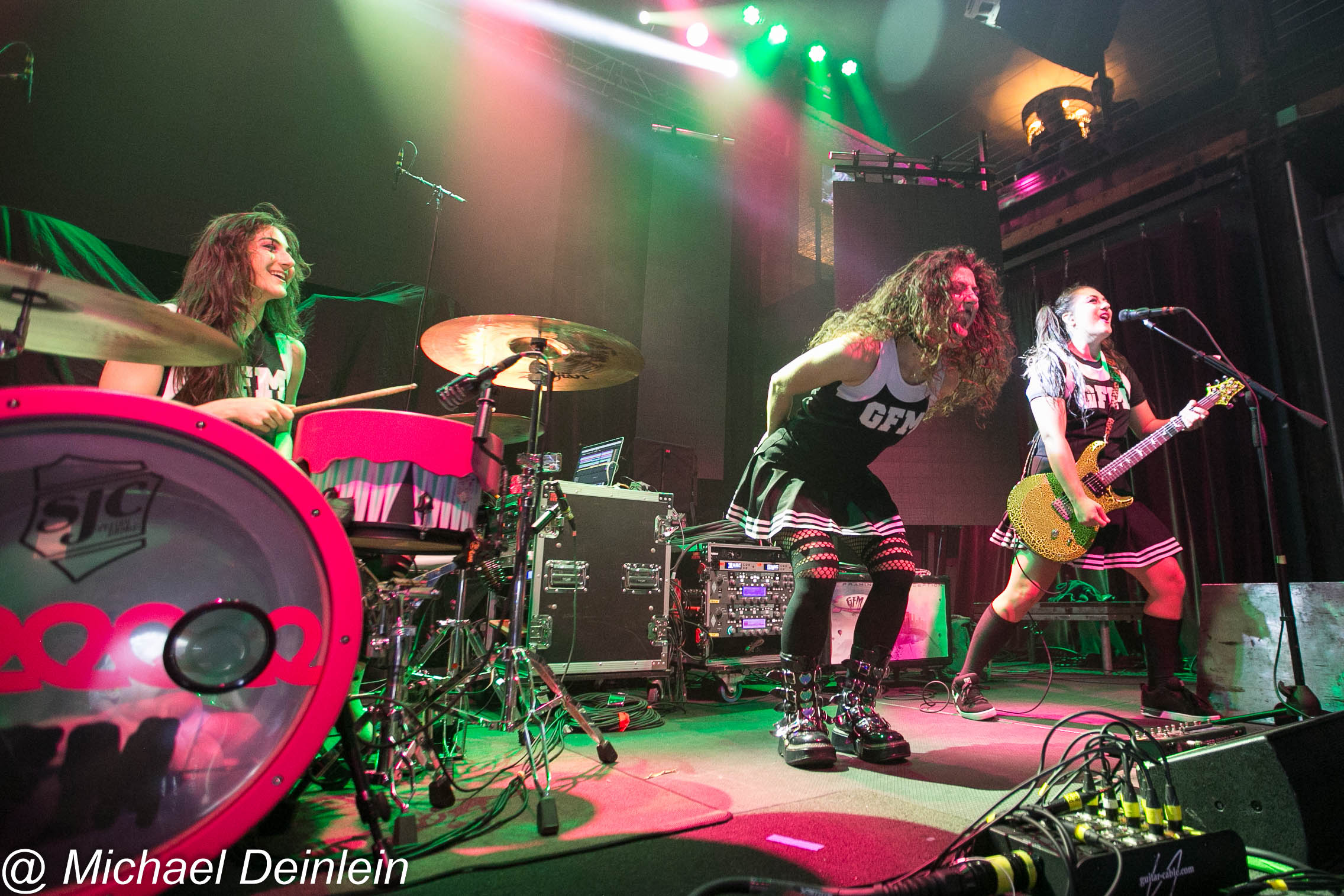 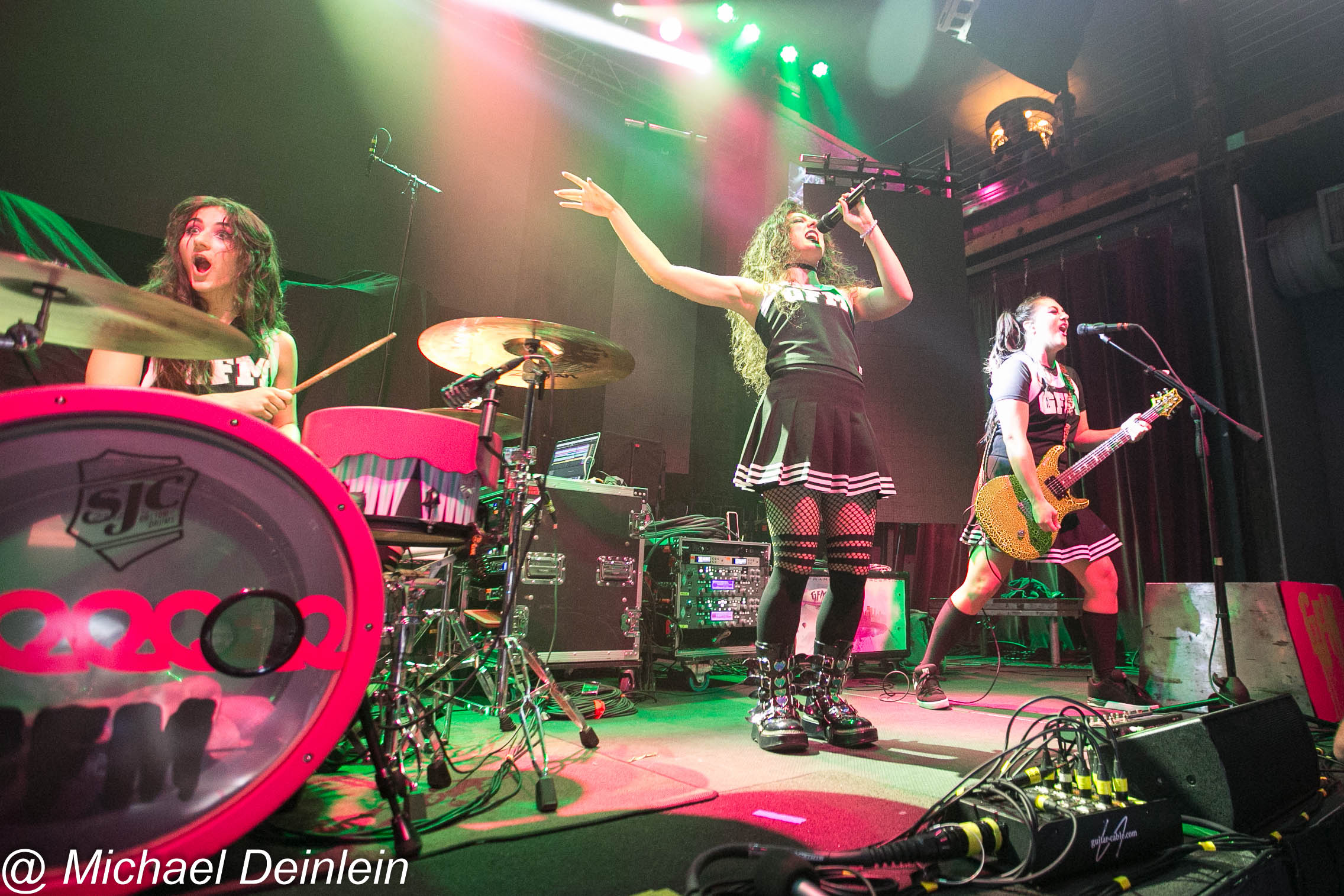 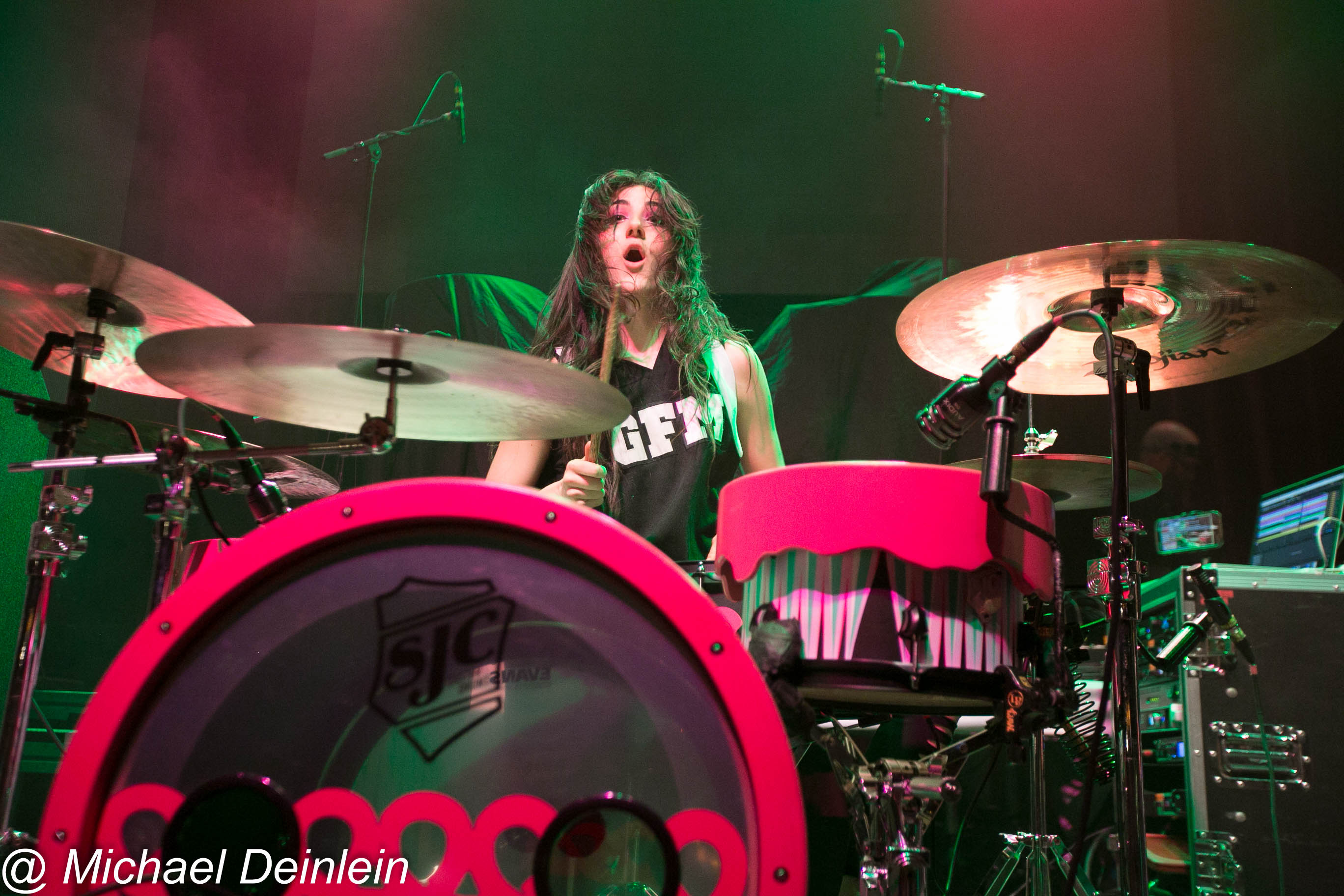 Railbird Festival on the Grounds at Keeneland Racecourse in Lexington, KY – 29-AUG-21. Day 2

September 25, 2021 Michael Deinlein Concert Reviews, US Comments Off on Railbird Festival on the Grounds at Keeneland Racecourse in Lexington, KY – 29-AUG-21. Day 2

The Sophomore edition of the Railbird Festival erupts with phenomenal performances by the Dave Matthews Band, Khruangbin, Jason Isbell and the 400 Unit, Band of Horses, the Revivalists, and many others. After a hugely successful […]

The Raconteurs, Hozier, Tyler Childers, Brandi Carlile, and More Than 30 Acts Playing Across Three Stages August 10-11 Tickets on sale to the public Thursday, March 28 at 10 a.m. EST via RailbirdFest.com   Railbird Festival, a […]