On a hot and humid night in the commonwealth, a sold-out Iroquois Amphitheater crowd enthusiastically welcomes REO back to Louisville.

It’s a welcome sight that live music and concerts are making their way back onto venue schedules. Obviously, it’s a little tricky to stage an event on the back part of a worldwide pandemic – providing a safe and accommodating environment for fans to fully experience the music and bands they enjoy while keeping everyone (including the band and staff) as safe a s possible.  REO Speedwagon’s return to Louisville was originally scheduled for last summer but was canceled with the rest of the live music events last year. When the rescheduled show was announced earlier this year it proved to be one of more difficult tickets to obtain in the city resulting in a SOLD -OUT amphitheater full of enthusiastic fans ready to sing and rock with Kevin Cronin and the guys.

As the house lights dropped, a standing and cheering crowd emphatically greeted Kevin Cronin, Bruce Hall, Neal Doughty, Dave Amato, and Bryan Hitt to the stage. Kevin, dressed in all white was all smiles as they launched into their opening song, “Music Man” followed immediately by “Keep Pushing” with the crowd dancing and singing at the top of their voices.

Taking a quick second to address the crowd Kevin Cronin addresses the crowd.  “It’s so nice seeing all your smiling faces.  It’s been a year and a half since we played and longer than that since we have been in Louisville, so we are more than ready to rock for you all.” He reminds the crowd that this year is even more special for REO Speedwagon as it marks the 40th year anniversary of their chart-topping album, Hi-InFIdelity. Without missing a beat, one of the hits from that album “Don’t Let Him Go” is next on tonight’s Set List.

Tonight’s full set-list can be found a bit further in the review but during one of the breaks Kevin shares that he is working on a memoir of his time touring and playing live shows which will be out in the next year or two.  There have been so many great memories and he shares a story about when REO played Freedom Hall in ‘72 where they opened for Grand Funk Railroad and stayed at the executive suites right by the venue. He was in the hotel hallway causing trouble and ran into a guy wearing handmade REO Speedwagon football jerseys and “the guy gave me the shirt off his back – to this day I’ve never forgotten that.” he concludes.

1 hour into the set and it was impossible to tell whether the band or the fans were having a better time, but one thing was crystal clear: Everyone was ready for more. As the opening chords of “Time For Me To Fly” came rolling off Kevin’s guitar the entire crowd was on their feet cheering and ready to sing. Without the slightest hesitation, the guys rolled straight into “Back On The Road Again” with Bruce Hall taking center stage on vocals, followed by “Ridin’ The Storm Out” to finish the main set.

With Kevin Cronin now at the piano, they  launched into a two-song encore set  including their blockbuster hit from Hi-Infidelity  “Keep On Loving You” before finishing the evening with an earlier REO mega-hit “Roll With The Changes”.

And there you have it, a classic performance by REO Speedwagon in front of a sold-Out crowd of crazed and appreciative fans. If you ever want to know how important live music is to society, all you have to do is witness an REO show in-person – Live Music Is Awesome!

Iroquois Amphitheater – Louisville, Set-list
Music Man
Keep Pushin’
Don’t Let Him Go
Take It on the Run
Tough Guys
Can’t Fight This Feeling
Golden Country
Like You Do
Time for Me to Fly
Back on the Road Again
Ridin’ the Storm Out
Encore:
Keep On Loving You
Roll With the Changes 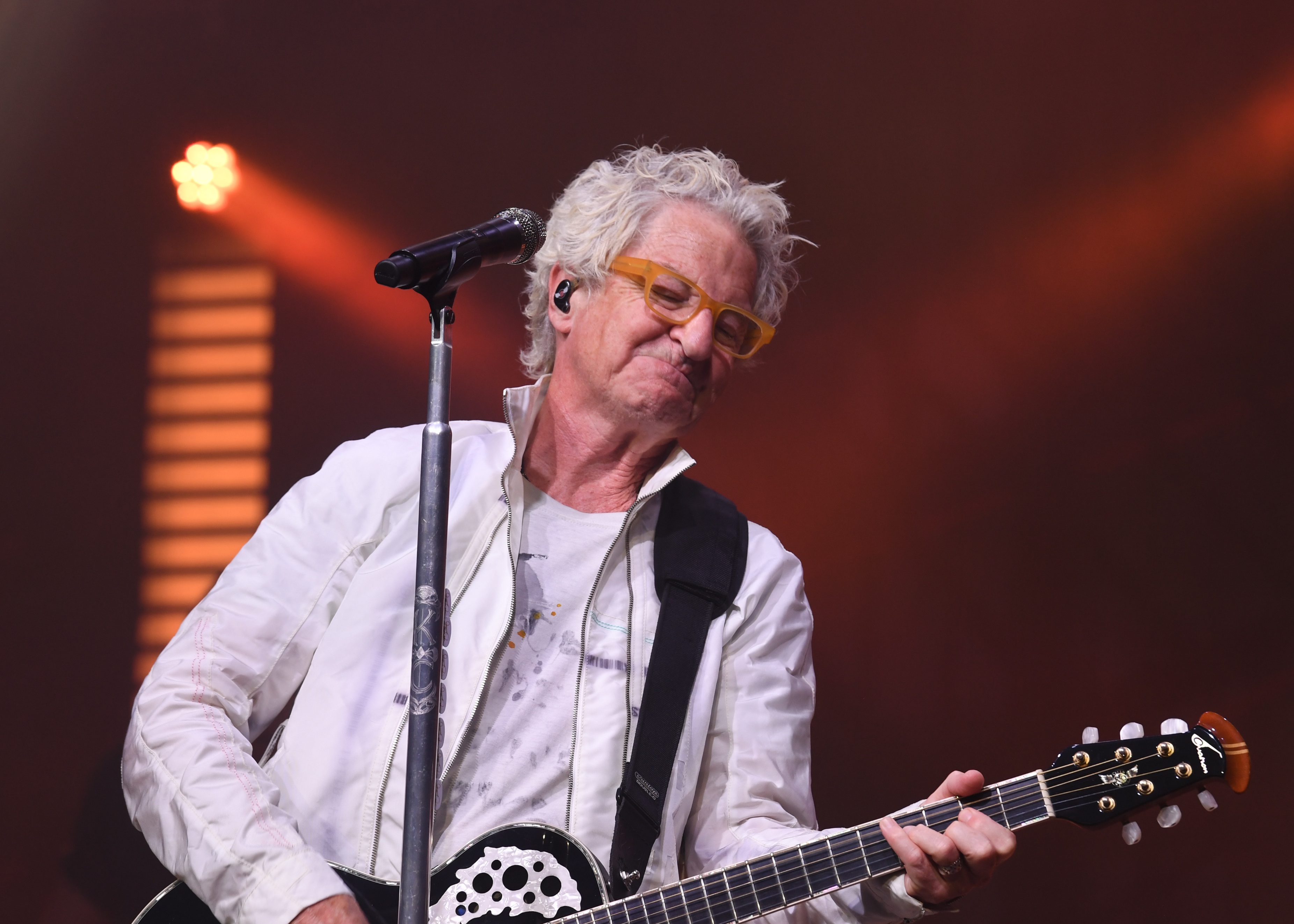 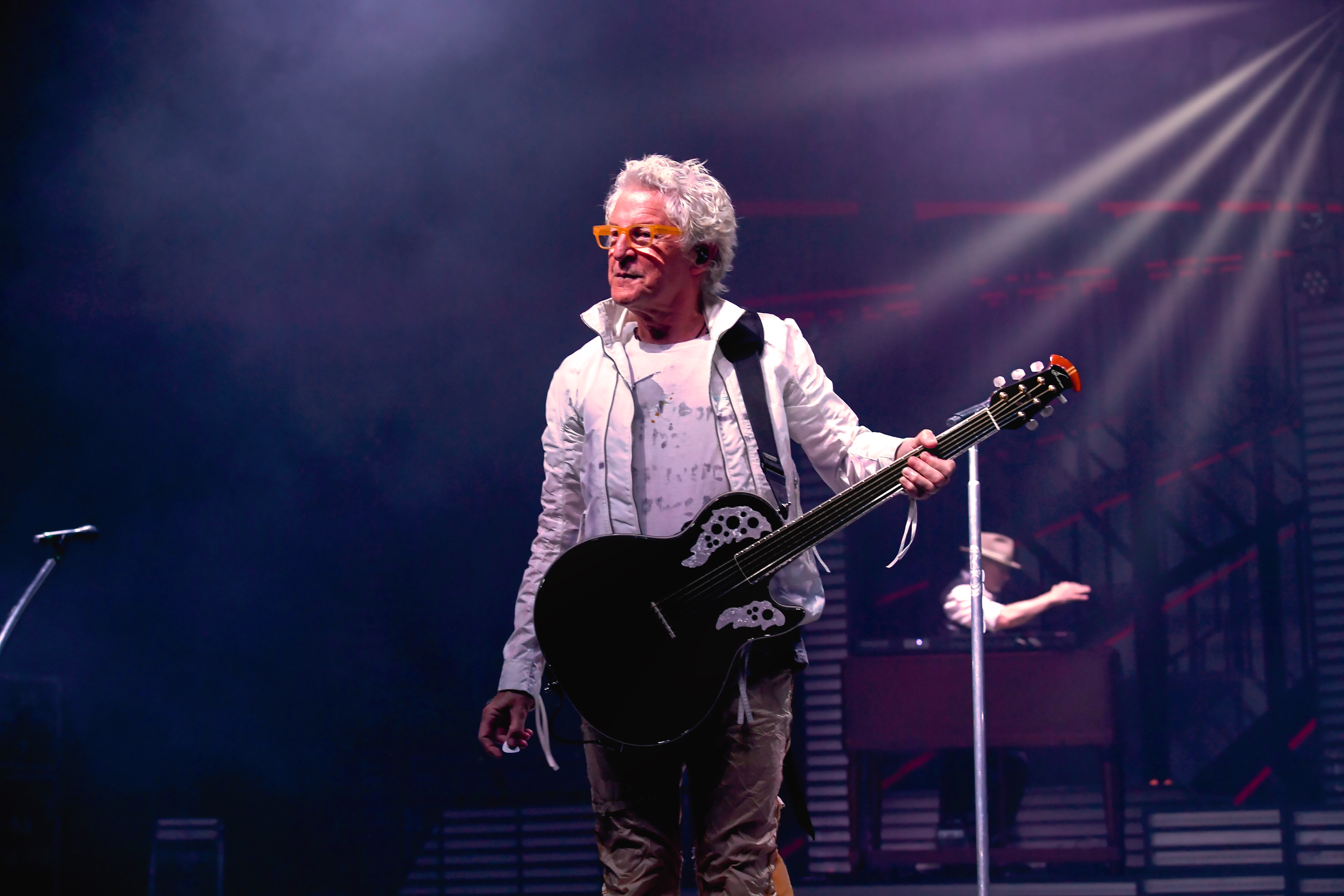 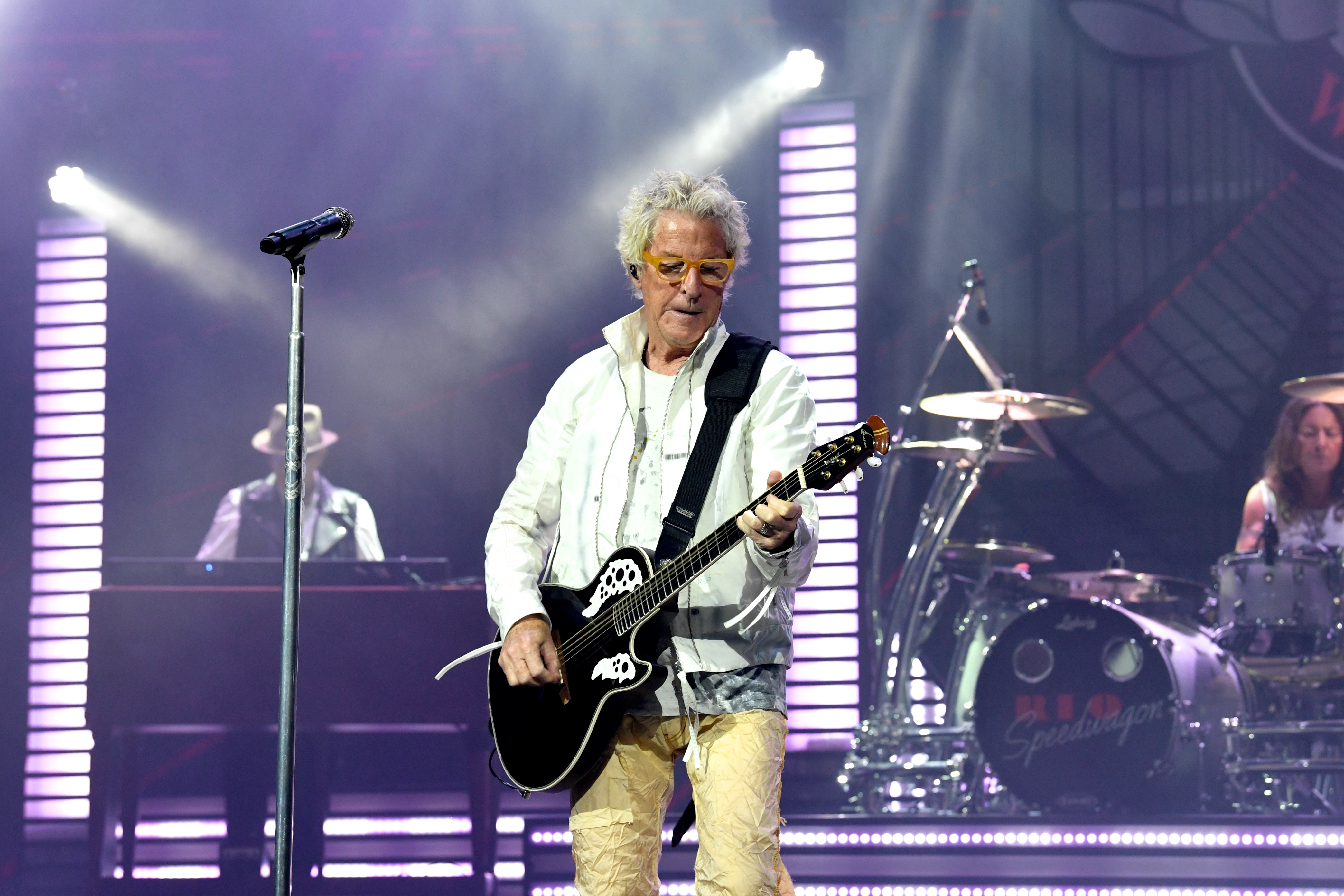 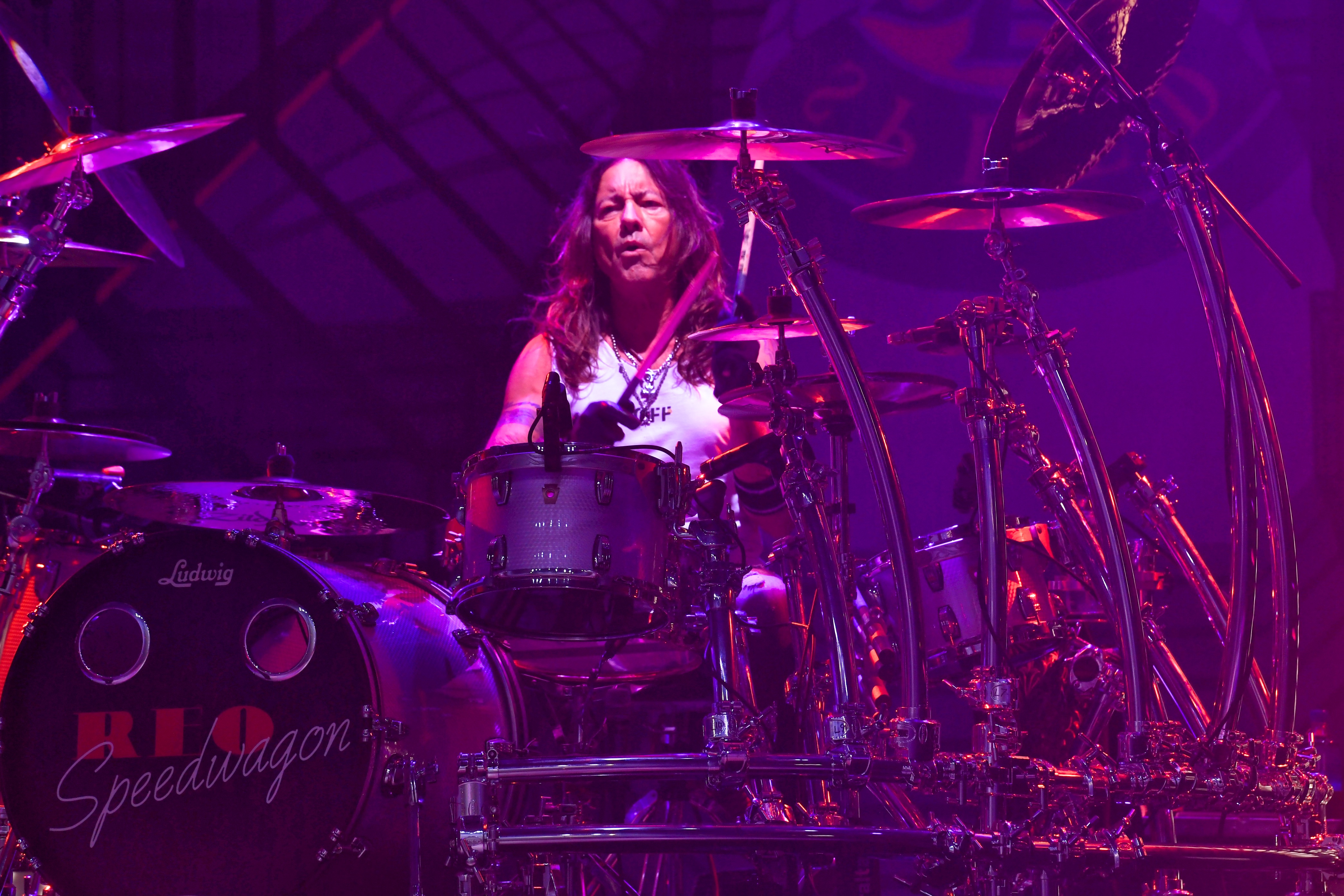 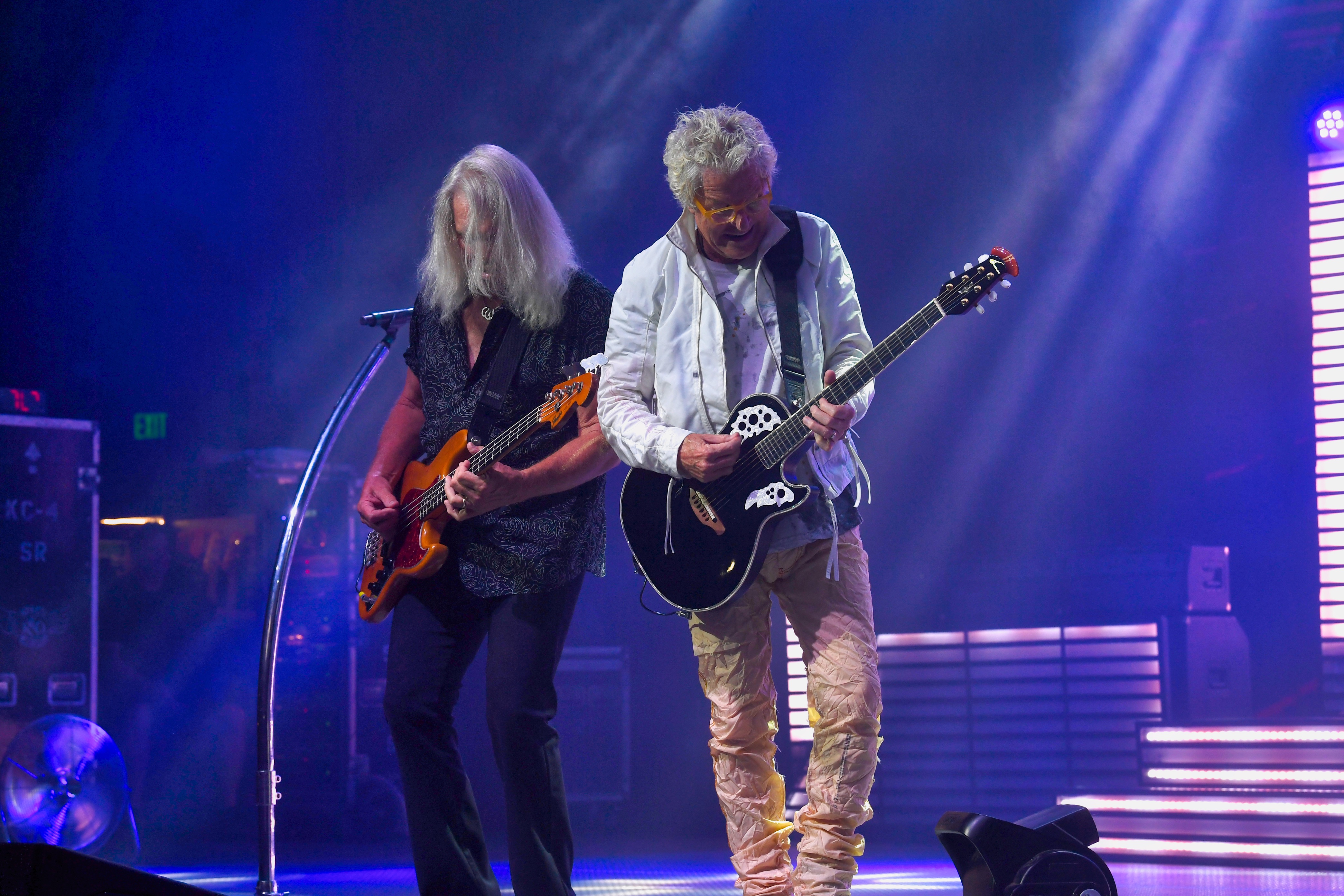 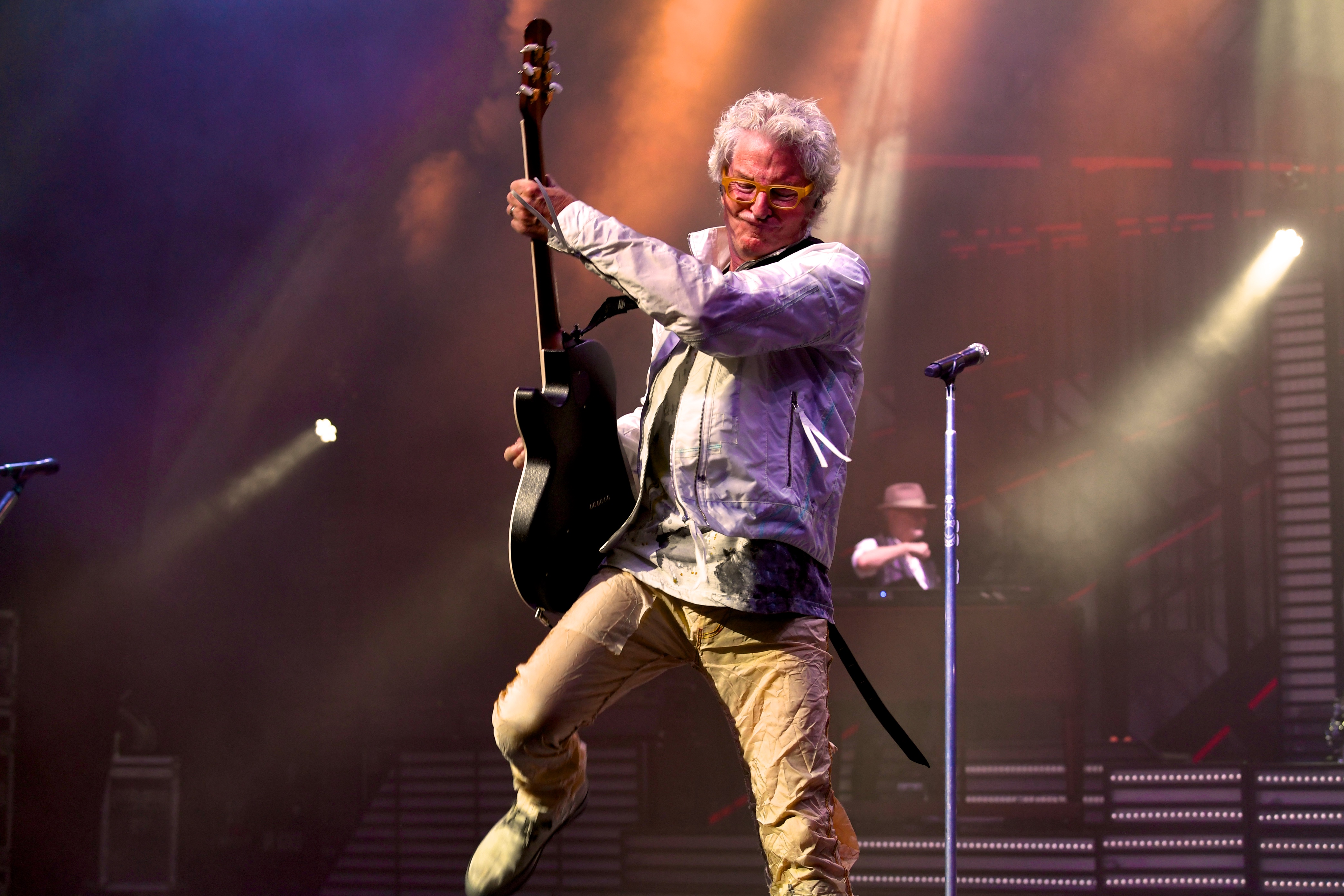 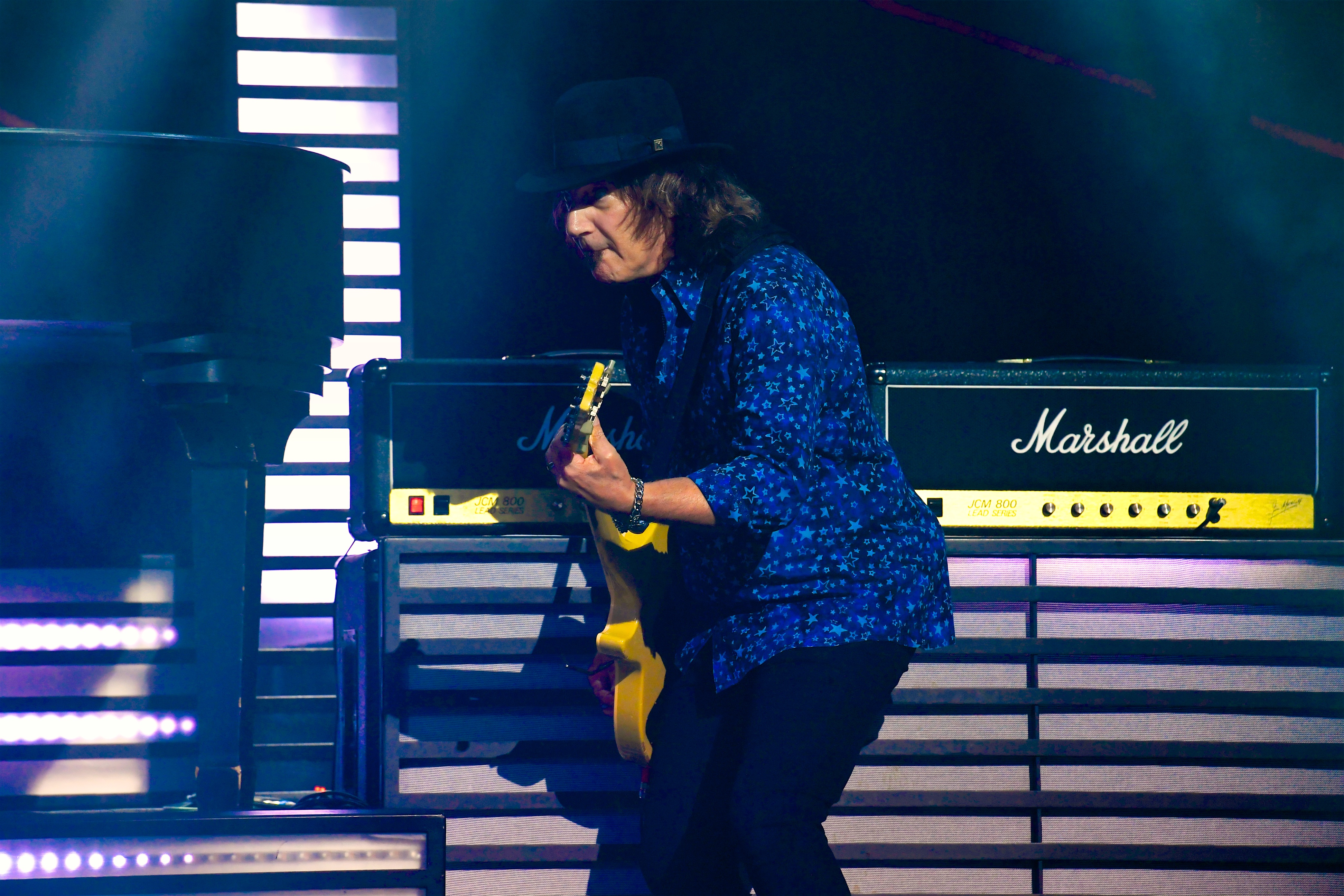 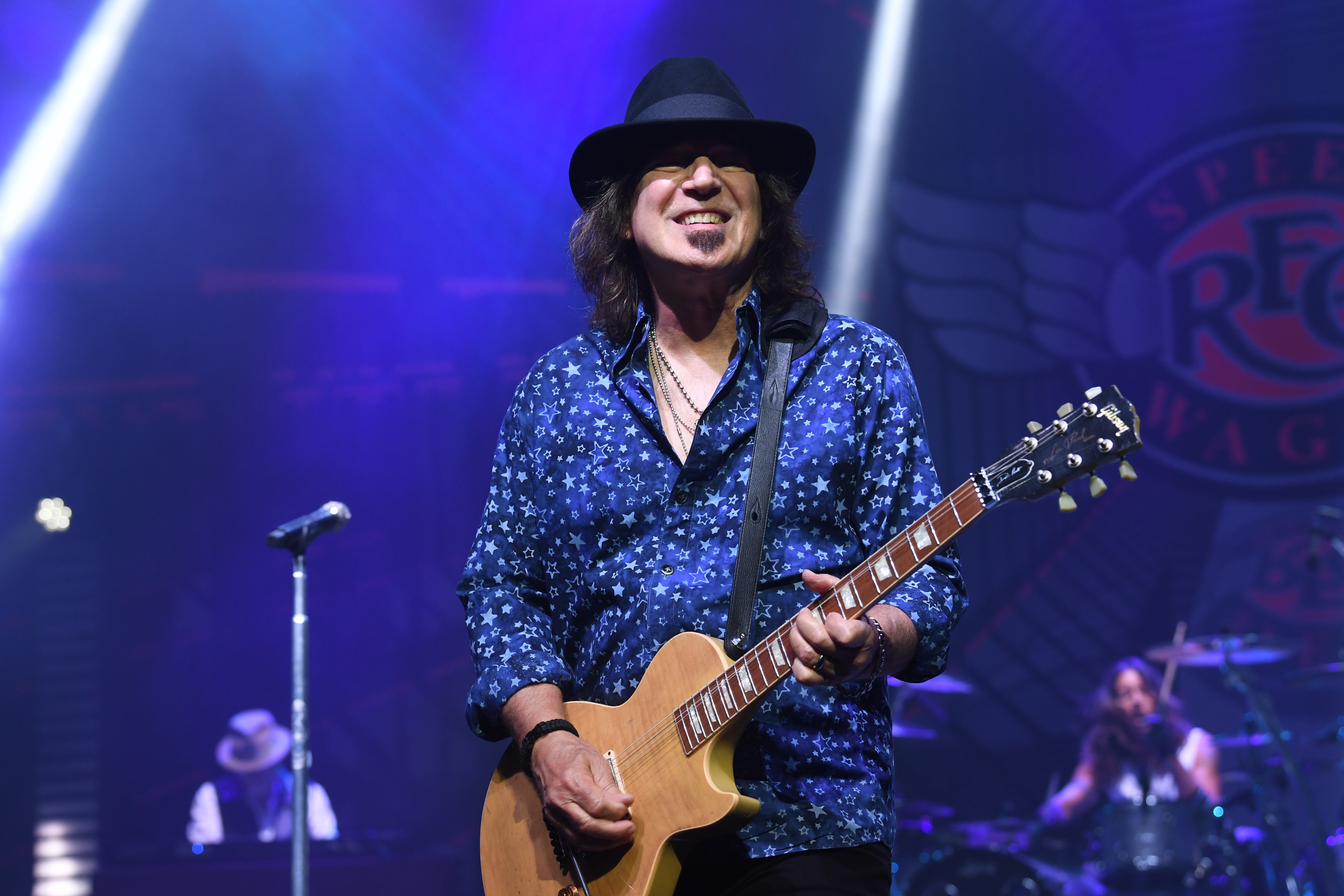 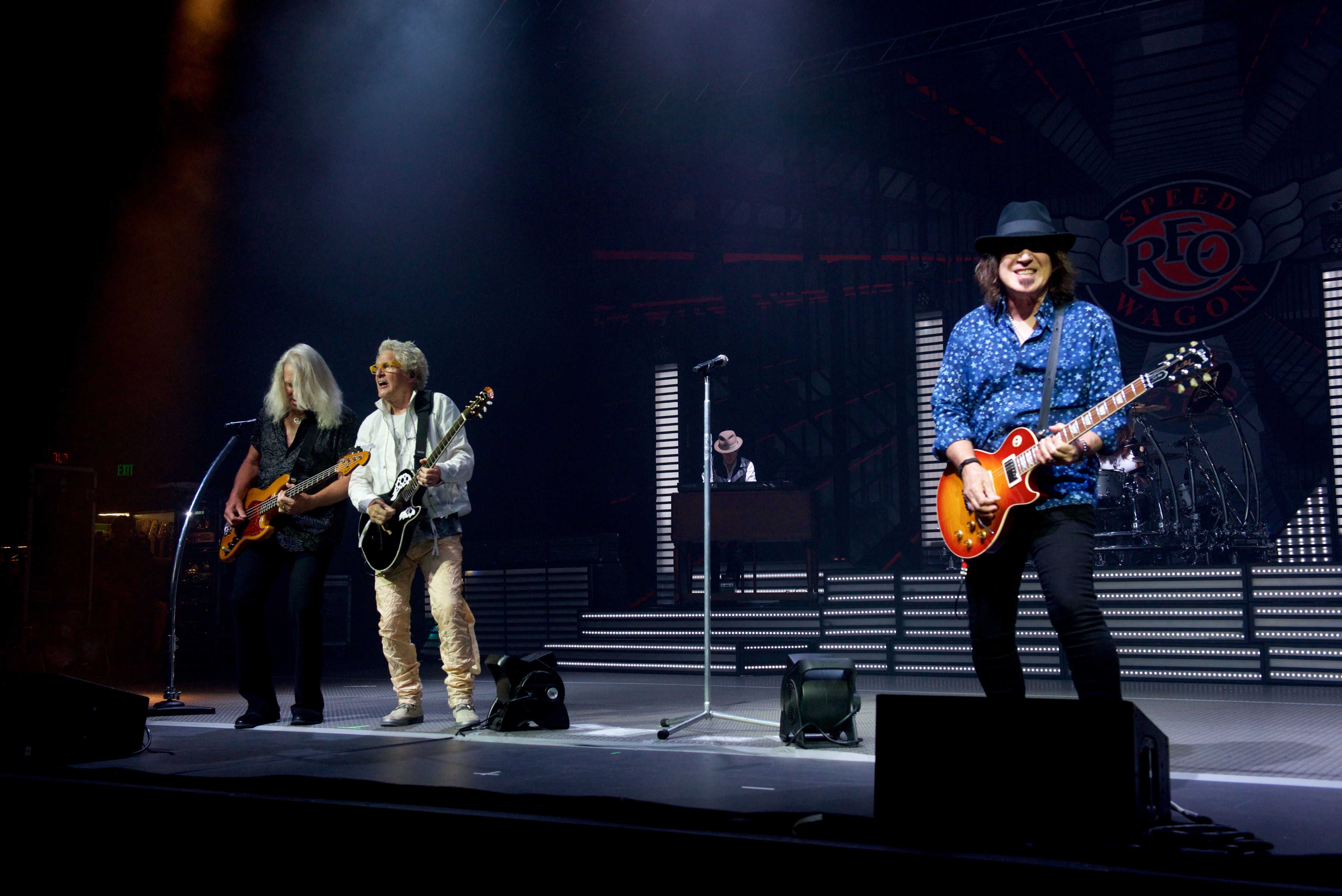 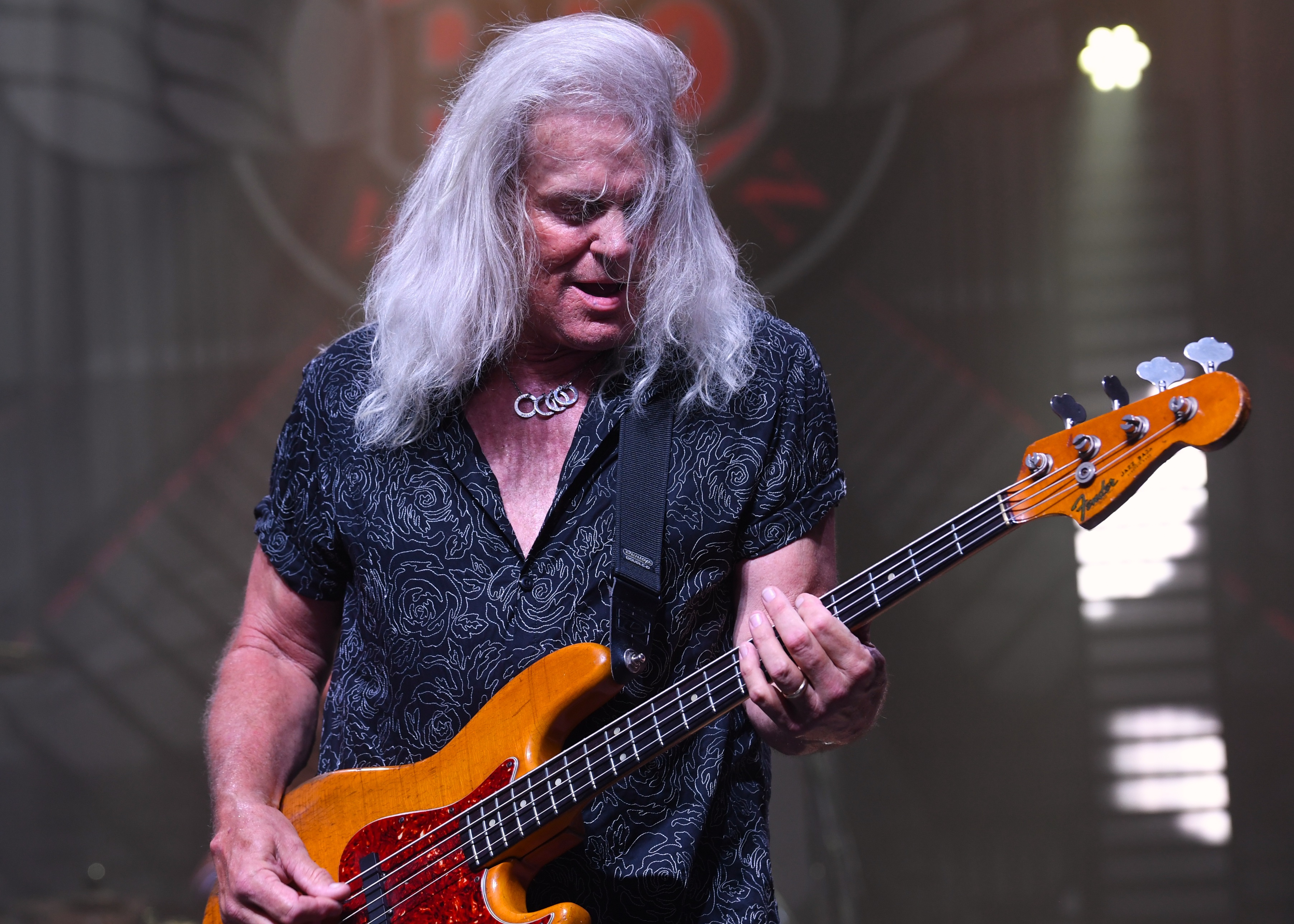 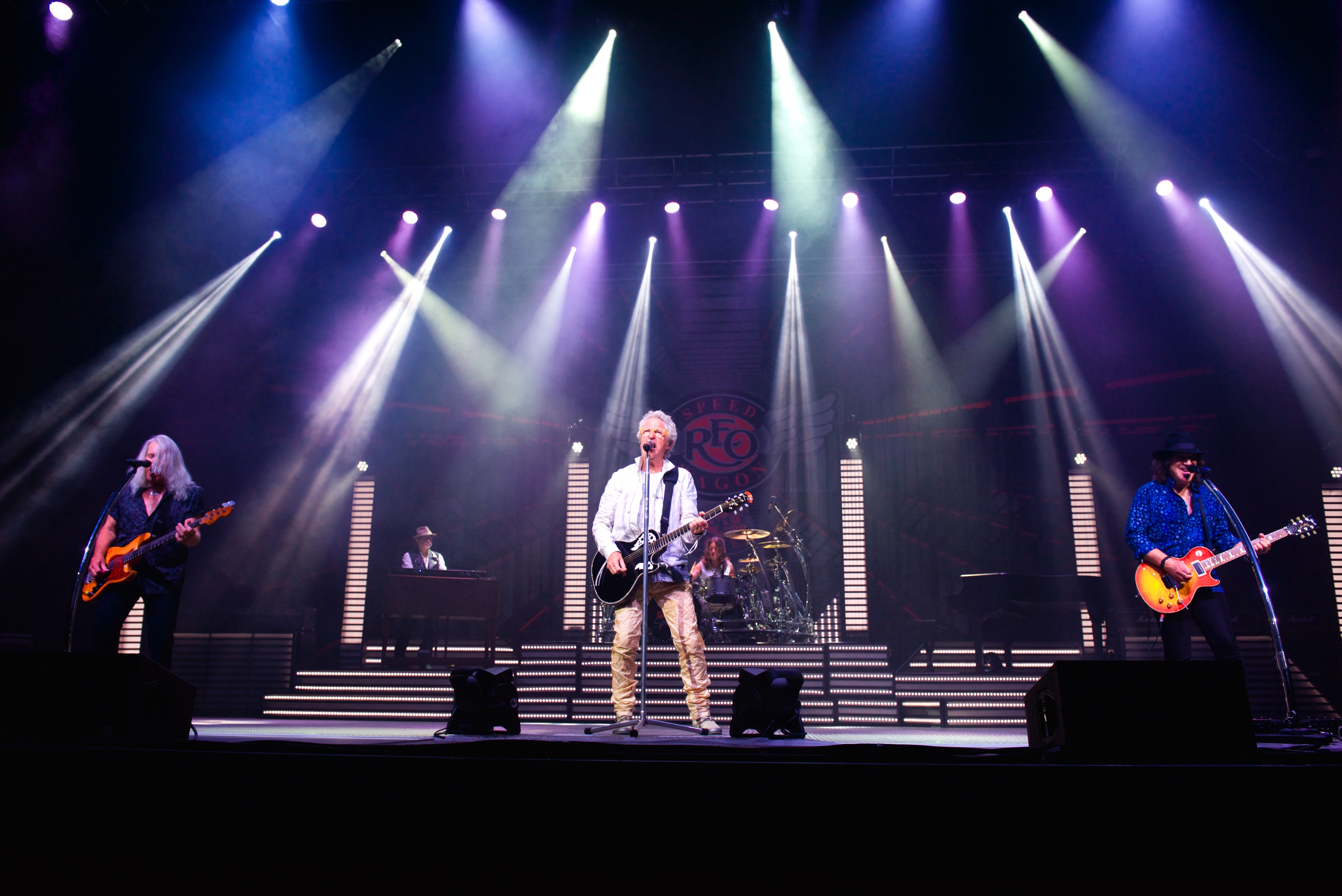 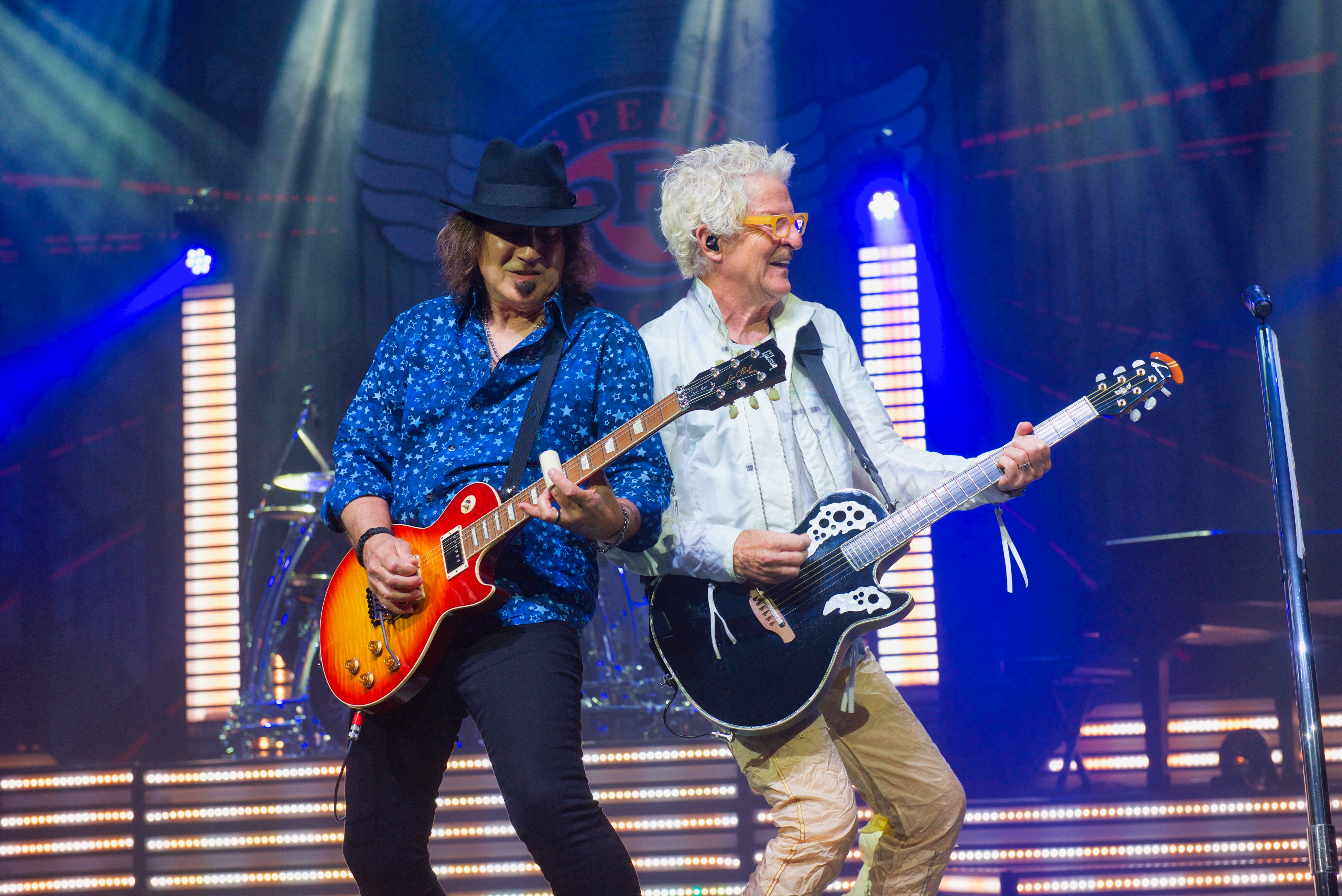 Metal Fest, a weekend-long celebration of life and metal music while fighting for a cause returns to The Boondocks in Shepherdsville for a 7th fantastic rendition. 16 of the region’s best metal bands combined forces […]

Thunderstruck delivers a wickedly good time to enthusiastic Lexington fans with The Sedonas. It’s crazy how things work out sometimes and how good things actually do happen to good people.   The Mid-West’s premier AC/DC tribute […]