A picture-perfect evening on the banks of the Ohio welcomed Styx and Collective Soul Louisville.

A picture-perfect evening on the banks of the Ohio River welcomed Styx and Collective Soul to Louisville.

As the world slowly comes out of lockdown following the peak of the Coronavirus this winter, bands and fans across the country have been chomping at the bit to get back to playing and attending live shows. With early summer upon us and outdoor shows starting to be more and more prevalent, show promotors have had to modify their approach to accommodating fans attending these shows, many having to arrange socially distanced pods to keep everyone safe.  Promoter Danny Wimmer (Louder Than Life, Bourbon and Beyond & Hometown Rising -Trifesta) has scheduled a series of shows at Louisville’s Waterfront Park and some are the hottest tickets to be had in the area.

On a glorious Tuesday afternoon on the Banks of the Ohio and in front of several thousand Louisvillians, Styx and their expansive catalog of multi-platinum albums blasted onto the Waterfront stage. For almost 90 minutes Styx rolled one hit after another covering almost all their top-selling albums. Tommy Shaw had the best line of the evening after the guys had just finished with “Blue Coller Man” – “You should see your faces from here. After being away for 16 months – YOU ALL LOOK FABULOUS!”

During the Corona Virus lockdown, Styx was busy writing and producing their 17th studio album, Crash of the Crown which was released on June 16th. Tommy explained that they had to be creative in completing the album during the pandemic, but the results speak for themselves as the album charted for one week on the US Billboard 200 album chart, peaking at #114 on July 3, 2021.  Styx treated fans to a bit of “Sound the Alarm” which was well received.

With the afternoon sun slowly setting behind the George Rodgers Clark Memorial bridge (known locally as the Second Street bridge) and the familiar sounds of mega-hits “Crystal Ball,” “Red Storm” and “Rockin’ the Paradise” wafting through the evening air things seem to be getting a little closer to normal.

Getting things started on this evening, was Collective Soul. This Atlanta-based band has had a long history of hits in its 25 plus years. Whether you know it or not, you ARE familiar with at least a few of their extensive catalog of songs, as Styx fans found out before long. Charismatic frontman Ed Roland wasted no time bringing early comers to their feet and before people knew what hit them, they were dancing and singing along to familiar favorites such as “Shine” and “The World I Know.” With their high energy showmanship, positive outlook, and engaging delivery, it’s near impossible to walk away from a Collective Soul performance without an added hop in your step, which was the perfect setup for a crowd that was eager for the headliners to take the stage. 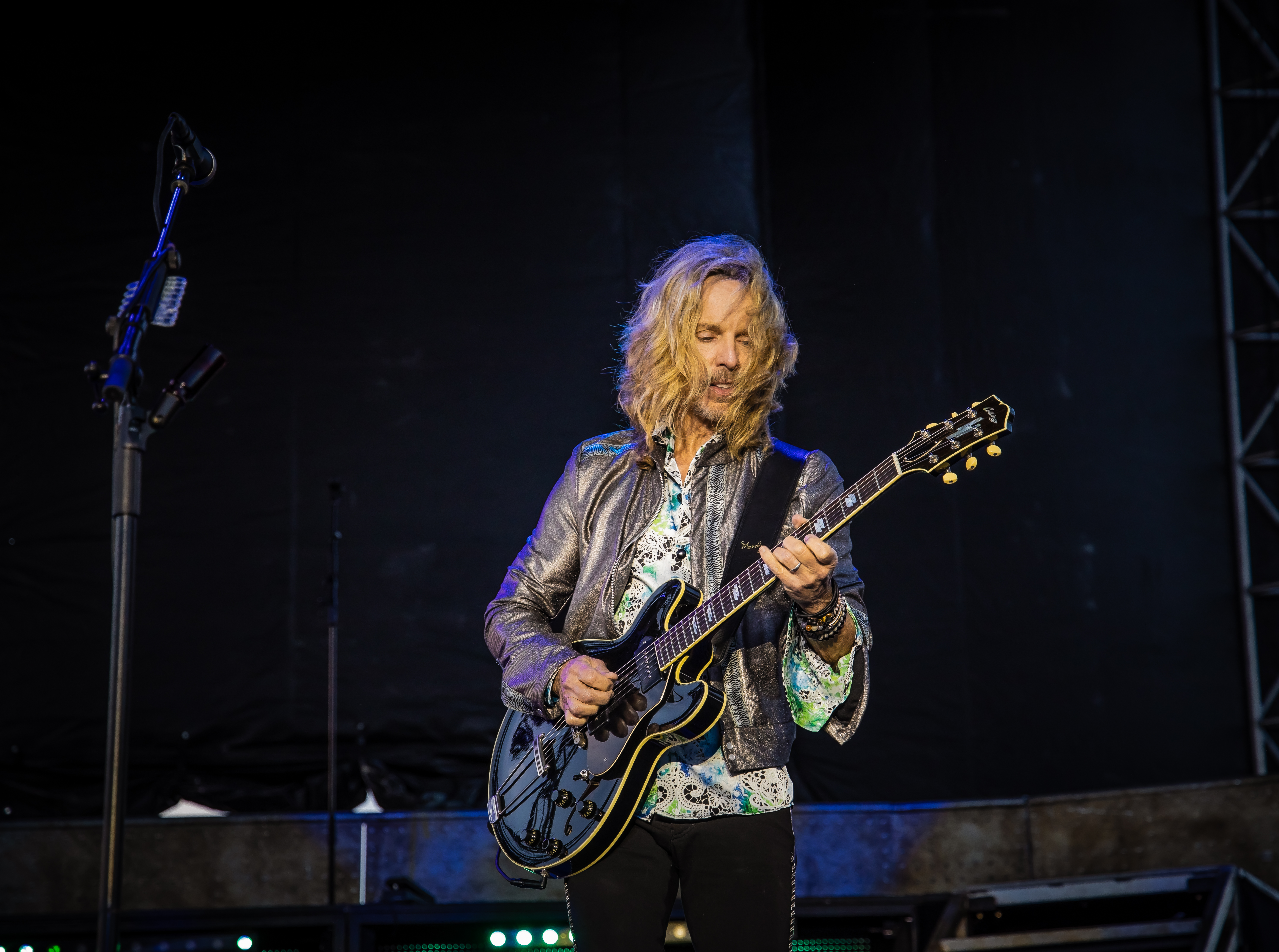 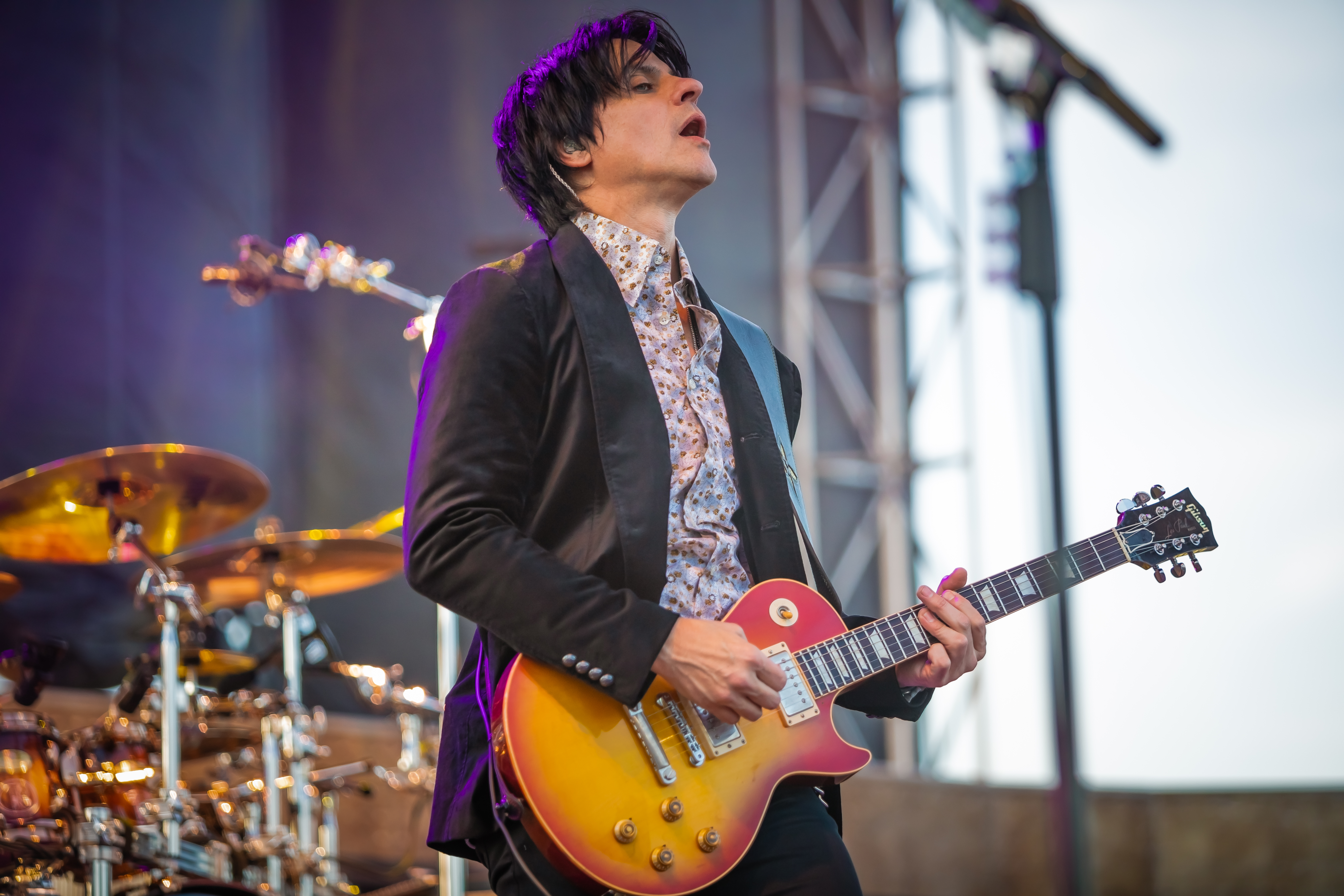 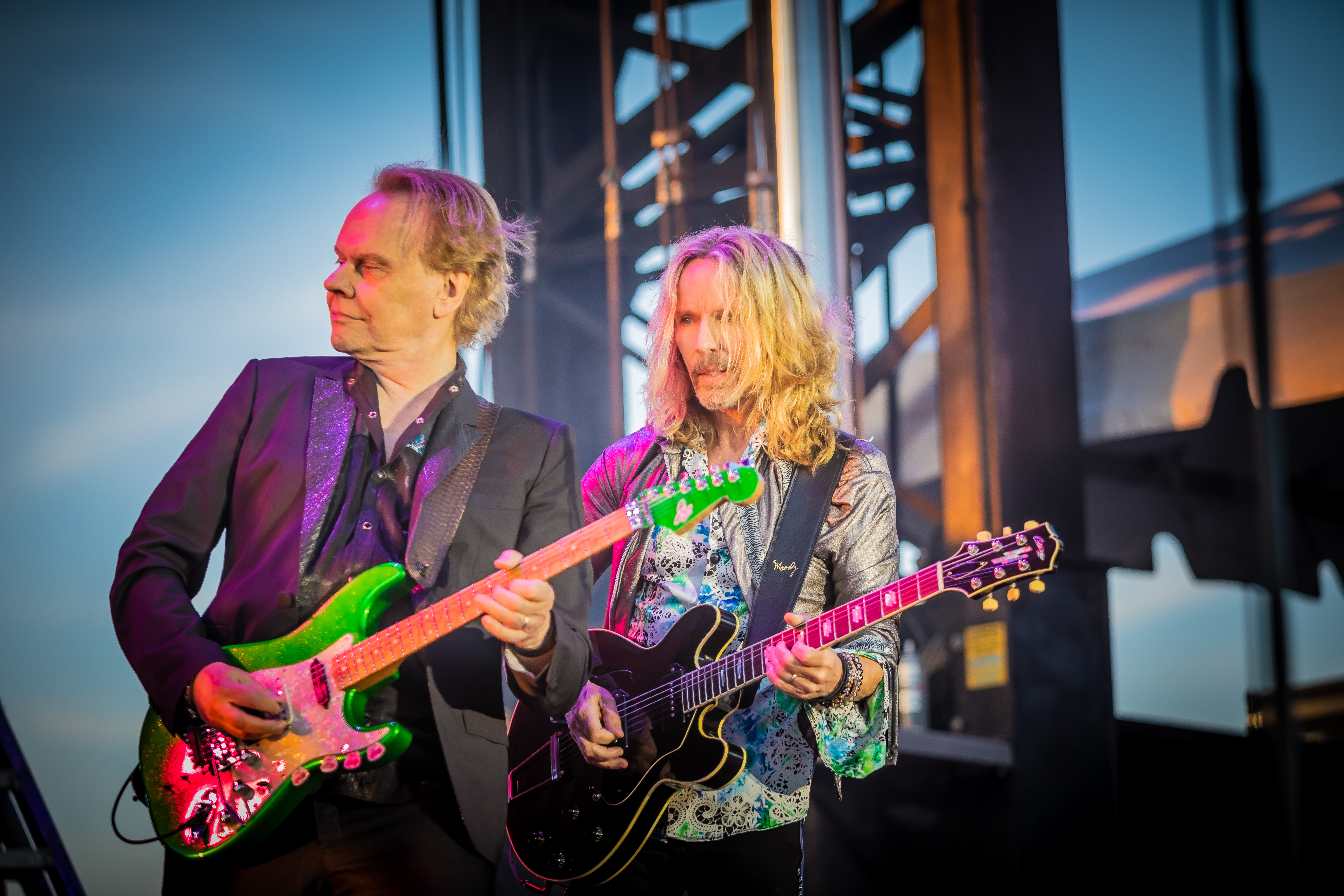 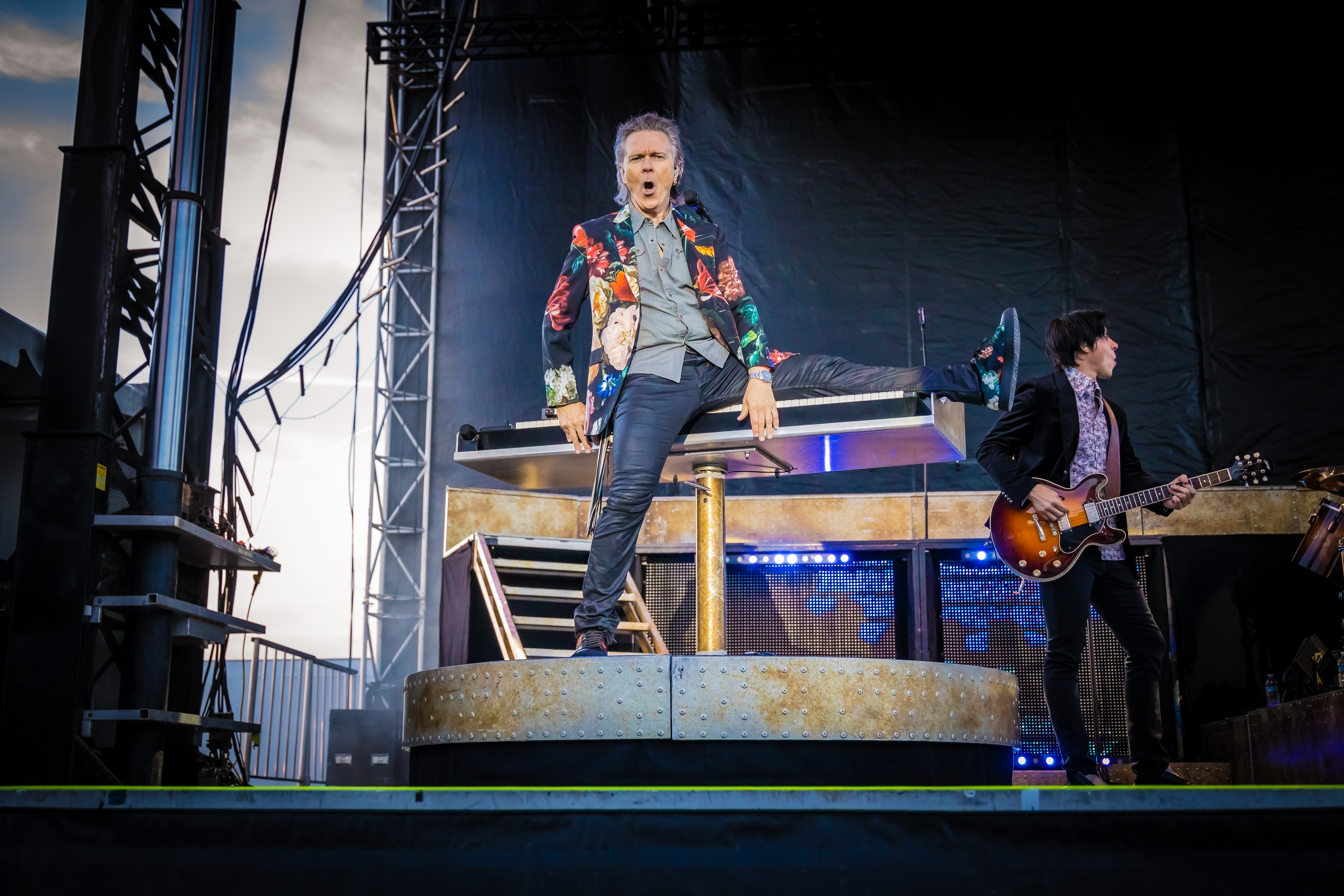 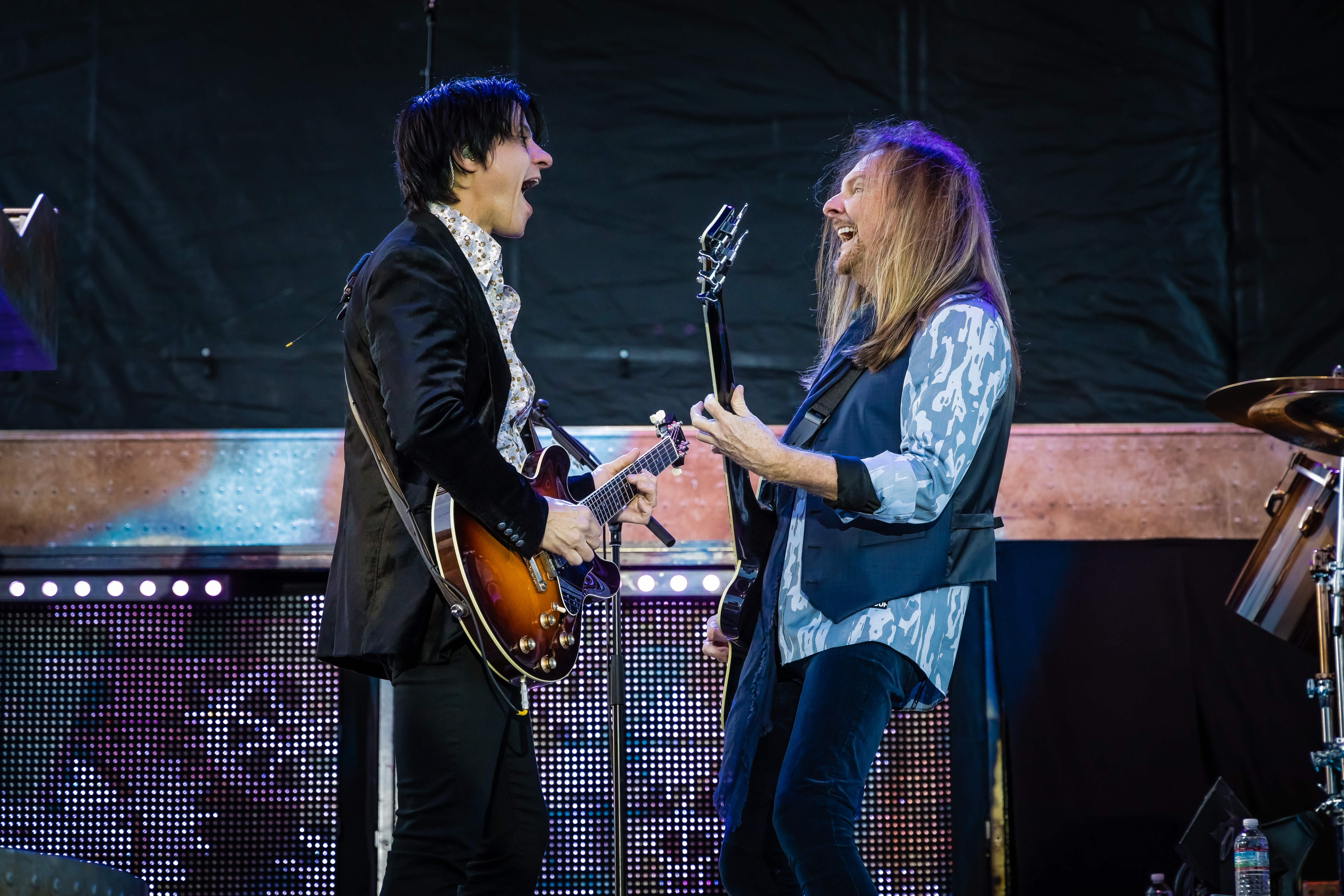 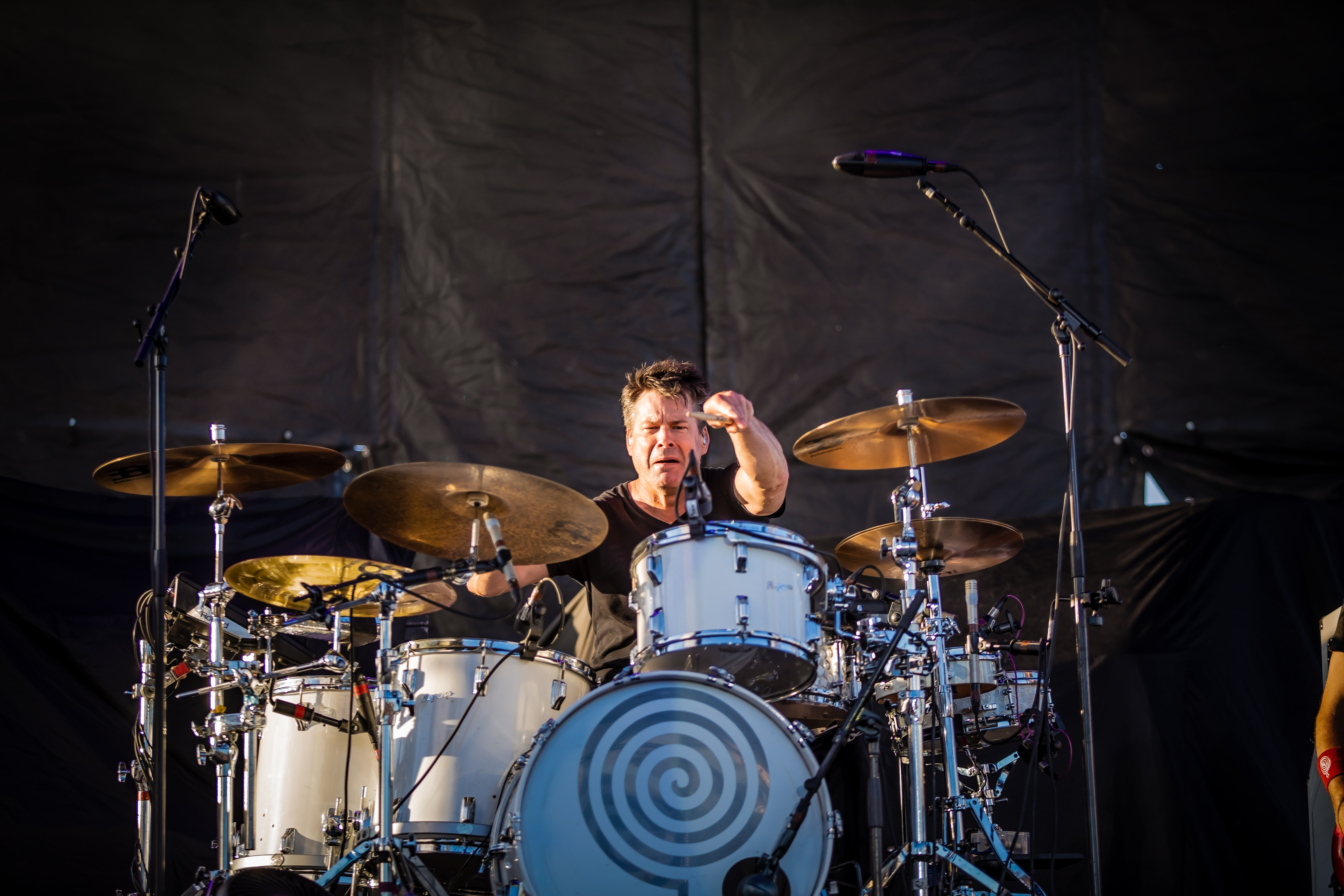 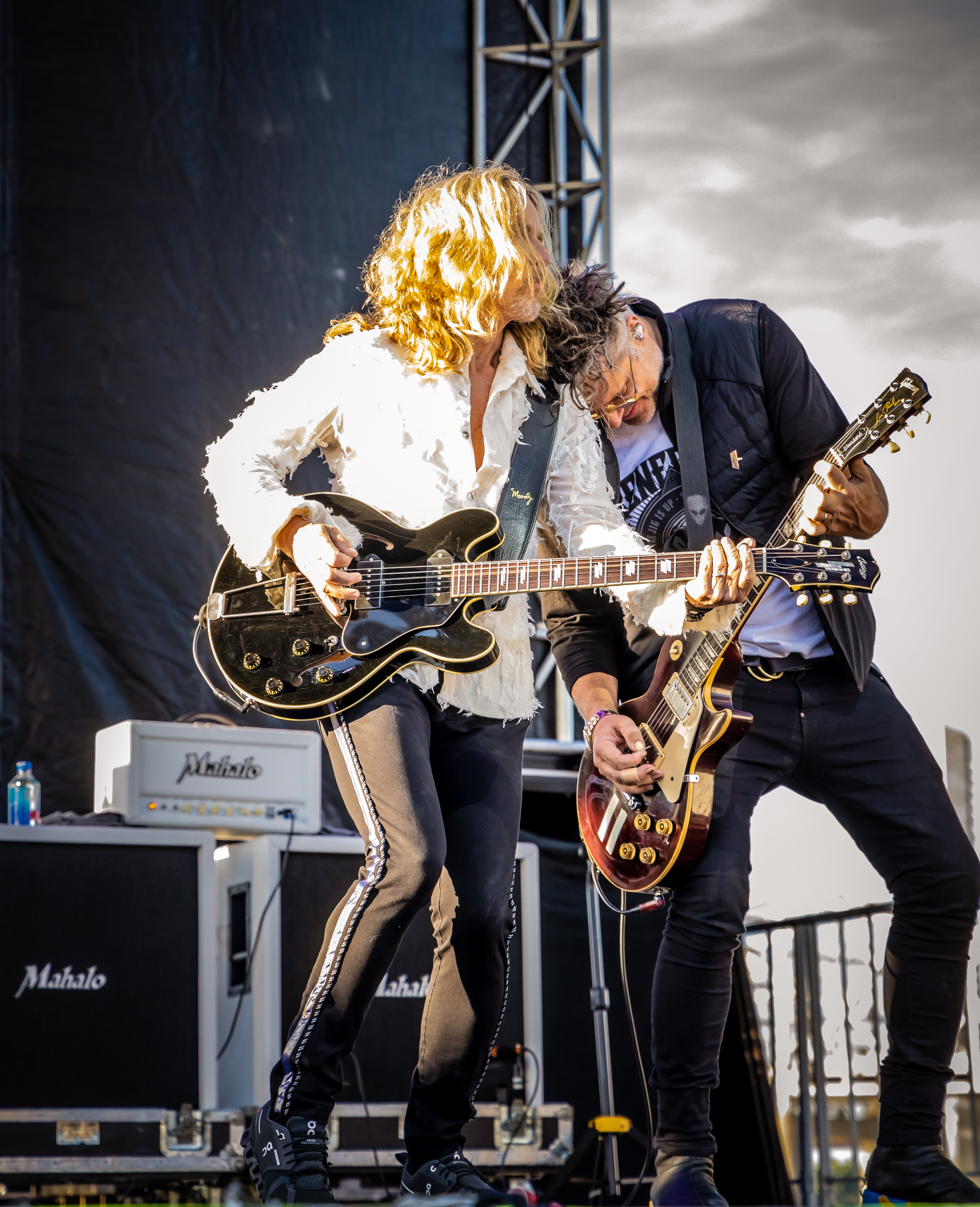 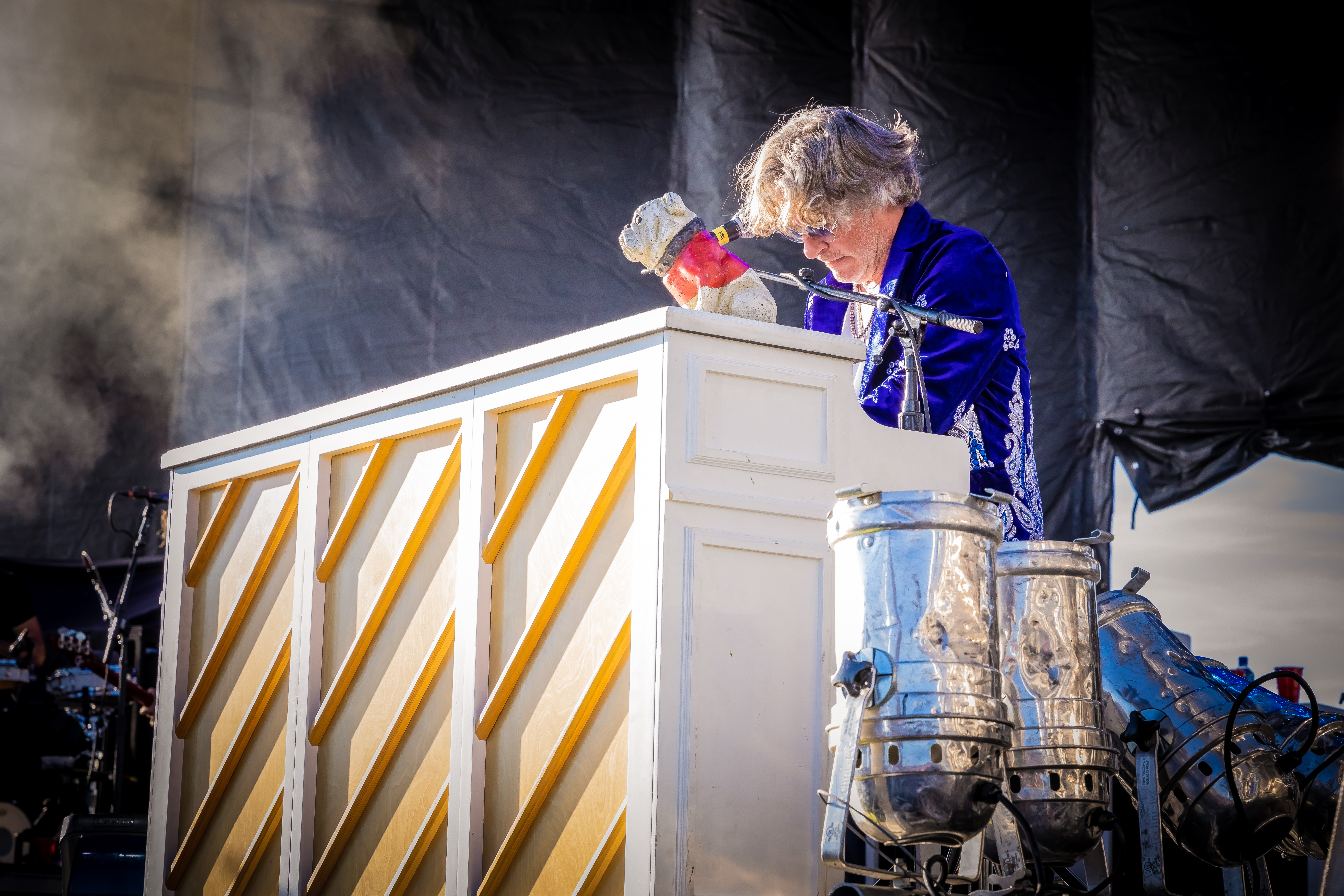 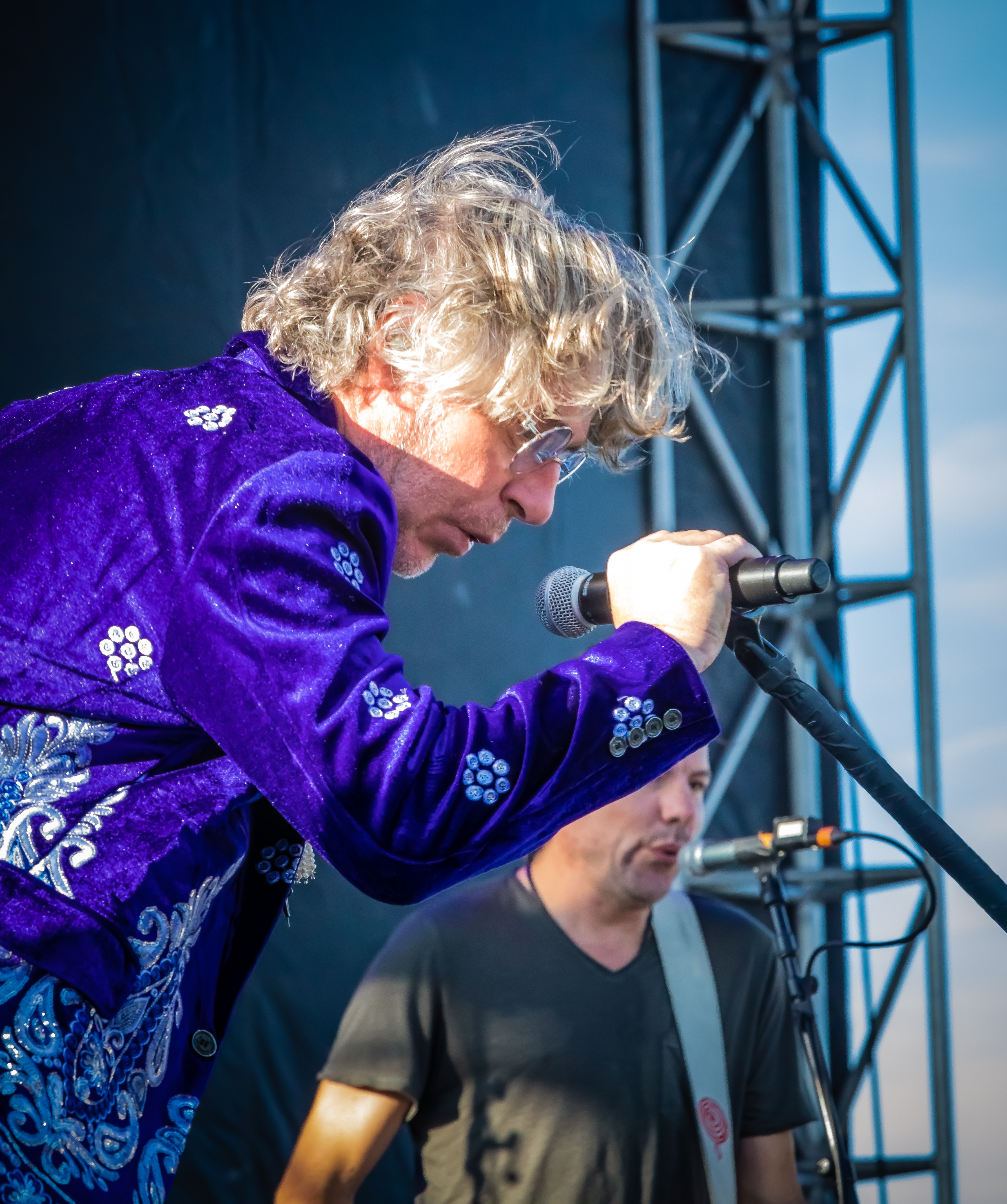 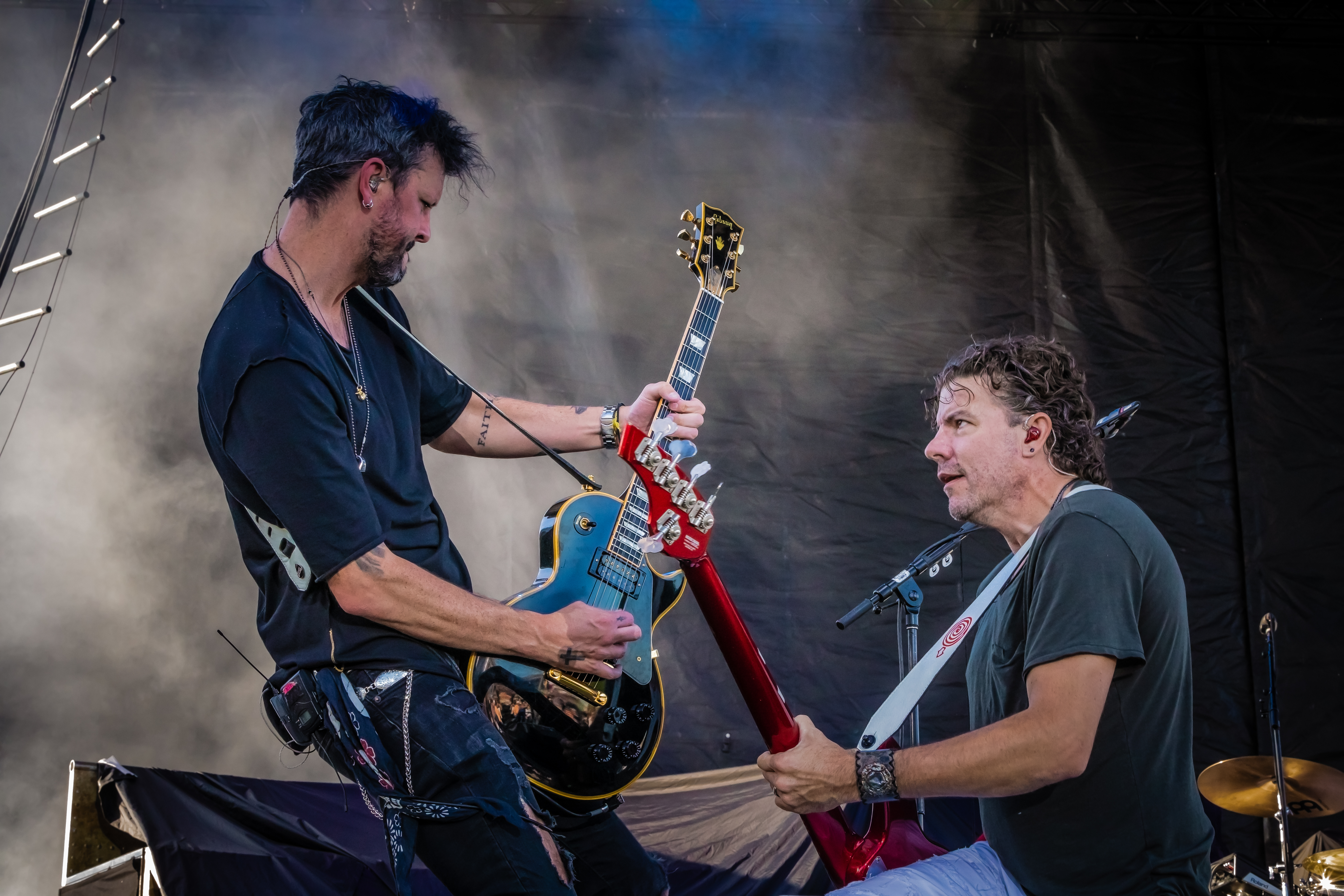 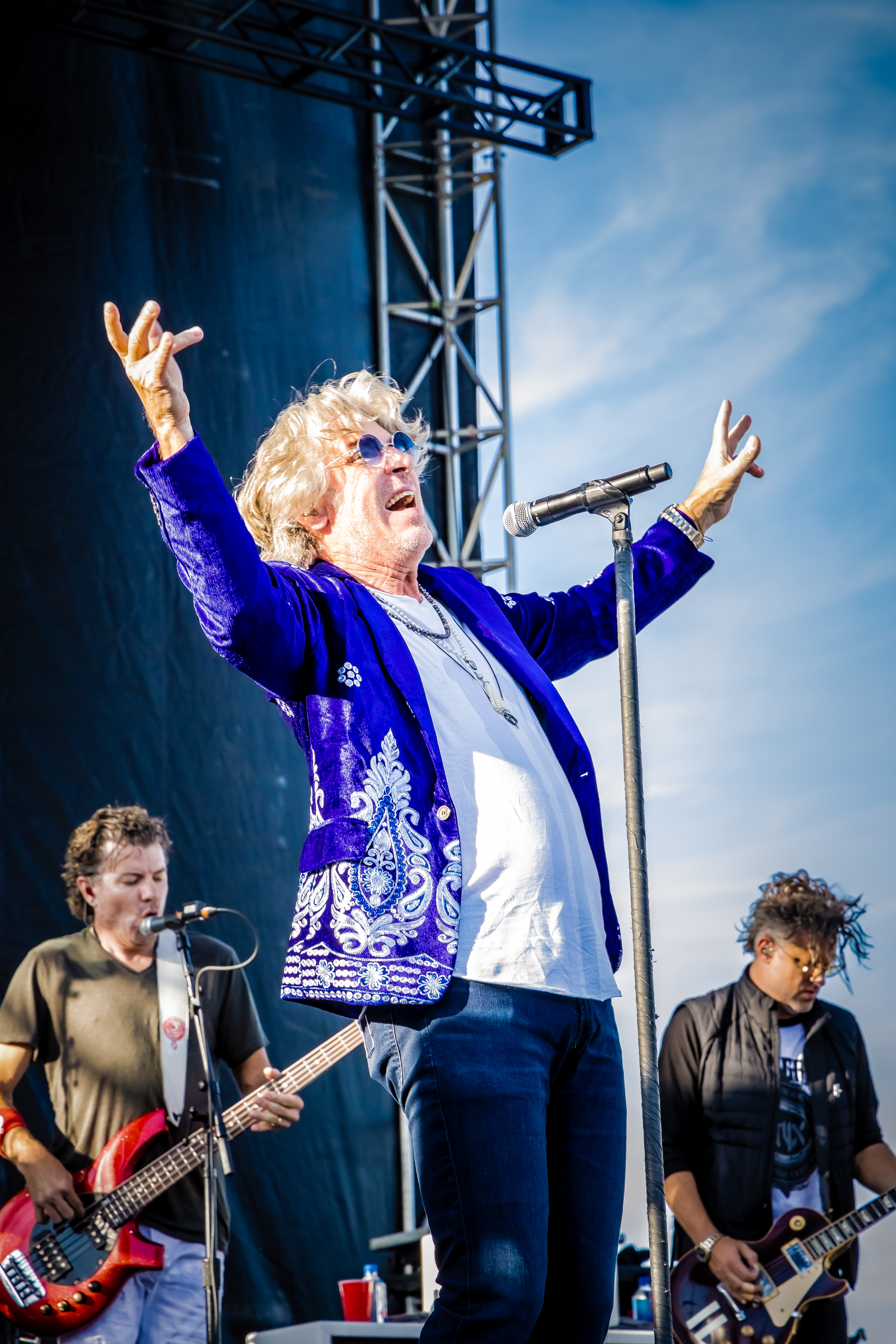 All images by: Derek Hibben (@derekhibbenphotography)

Bush at The Louisville Palace in Louisville, KY 18-APR-2018

April 18, 2018 Michael Deinlein Concert Reviews, US Comments Off on Bush at The Louisville Palace in Louisville, KY 18-APR-2018

90’s grunge rock icons Bush return to the Louisville Palace for a night of familiar favorites and new material. Bush makes a stop in Louisville during the home stretch of an extensive World Tour in […]

Railbird Festival on the Grounds at Keeneland Racecourse in Lexington, KY – 28-AUG-21. Day 1

September 20, 2021 Michael Deinlein Concert Reviews, US Comments Off on Railbird Festival on the Grounds at Keeneland Racecourse in Lexington, KY – 28-AUG-21. Day 1

After a Covid -19 forced Hiatus, the 2021 Railbird Festival got back on track with blazing performances by My Morning Jacket, Billy Strings, Leon Bridges, Midland, Black Pumas, Margo Price, Joy Oladokun, Magnolia Boulevard, and […]

As The Crow Flies at Manchester Music Hall In Lexington, KY 25-APR-2018

June 9, 2018 Michael Deinlein Concert Reviews, US Comments Off on As The Crow Flies at Manchester Music Hall In Lexington, KY 25-APR-2018

Chris Robinson guaranteed  “a soulful, rockin’, funky good time.”  As The Crow Flies delivered that and more as they perform at Manchester Music Hall in Lexington. It has been 5 years since Chris Robinson played […]