All In Music Review had a chance to talk with the guys from the Fast-Emerging Active Metal band Align The Tide, from Mellieħa, Malta where we discussed the band, their latest video for “Bad Religion” from their upcoming debut album and of course music.  Align The Tide is Kyle Farrugia – Vocals/Lead Guitar, Nikki Buttigieg – Rhythm Guitar, Danny Dalli – Drums/ Backing Vocals and Gabriel Camilleri – Bass Guitar

All In: Thank you all for taking the time from your busy day to talk with us today. First off is Align The Tide a metal or hard rock band? How do you define its sound?

ATT – Danny Dalli: ‘Align the Tide’ is definitely an ‘Active Nu Metal’ band but I’d love to include some of my influences into our style which is derived from hard rock. Our sound in general has a lot of influences from various styles of music as we like to experiment in a lot of ways. I personally see ‘Align the Tide’ heading more to the Nu-Metal side though.

All In: How did your region influence your writing and performing style?

ATT: When we were younger, we use to hang out with our group of friends, go somewhere abandoned in Valletta and stay listening to a shitload of metal bands, that’s where most of our influences started to gather up. That’s also where we kind of learnt how to go up on stage and play a kickass show just by watching our idols doing what they do best.

All In: Danny and Kyle you both came together to form this band, how did the rest of the band members come about?

ATT Danny: I was playing at this charity event with my dad’s band and after the show Chippy’s dad (Gabriel) came up to me and told me all about his son, fortunately enough we were looking for a bassist at that time! As for Nikki, after our former guitarists’ departure, Nikki immediately came to mind as a perfect replacement. Back in 2011 we use to have another metal band together with Kyle as well so we already had an existing chemistry.

All In: “Dead Religion” had been released quite some time ago. What was taking place in your lives when it was written?

ATT Kyle: “Dead Religion” is very special to us as it was written about our struggles back then. We worked extremely hard on this album, it being our debut album motivated us in a way that it had to be really good, music and lyric wise. Some examples about some tracks in our album are, Track number 10 our debut single, “The Golden Throne” being written about our daily 9 to 5 struggle at work when we just want to go out there and play music! Other than that, we also have track number 2, “Comedown” which is basically about drugs.

All In: Have you released any other singles as videos from your album “Dead Religion”?

ATT Danny: Apart from the self-titled track “Dead Religion” we had also released “The Golden Throne” and “Welcome to Hell” as music videos which could be found below or on our website.

All In: You have toured Europe and spent some time in the states on tour with Mushroomhead. Did you find touring audiences to be vastly different in EU over the States?

ATT: We can’t really compare our European tour to our USA tour as the one in the states was much bigger! We had bigger audiences and more lively people; they were great fun and really welcomed us. We crossed half the world going to a different continent supporting a big act with no one knowing nothing about us and we still had hundreds of people in front of us screaming their hearts out and enjoying their night, and that was something that will be cherish for the rest of our lives.

All In: Are you currently working on new music and heading into a studio?

ATT Danny: Yes, we’re currently working on new music material as we speak; we’re actually pretty close to entering the studio to record our second full length album. We’re just tweaking everything until we’d be satisfied and then we’ll be ready for round two! Expect a new release later on this year!

ATT Danny: I have so many favorite bands but I’m going to have to go with Static-X – ‘Wisconsin Death Trip’. The energy and the groove they had created in this album are incredible. This album makes you aware that you don’t have to have fast drums and fast guitars to make something sound so amazing, they simply concentrate on the groove and the industrial sound which made them legends!

ATT Nikki: I would personally choose ‘All Our Gods Have Abandoned Us‘ by Architects. I love the music in that album and when you go into the lyrics and understand the struggles the guitarist, Tom Searle, was going through facing cancer at such a young age, it’s just amazing. For me that album is a work of art!

ATT Kyle: ‘Alive or Just Breathing’ by Killswitch Engage or the Poison by Bullet for My Valentine. I grew up listening to those two bands and I can say that these albums in particular are the ones that strike me the most. Adam D from KSE is one of my main inspirations as he can play his pieces with ease with enough space to goof around. Great music all round!

ATT Chippy:  Archspire’s ‘The Lucid Collective‘ has to be my number one go to album to whatever mood I’m in. It is the fastest metal album I have ever experienced, and each member impresses me with his pure skill in the instrument they use. Their technical style is unique and shaped my playing and musical preferences.

All In: Thank You so much for your time, We can’t wait for what’s next from Align The Tide! 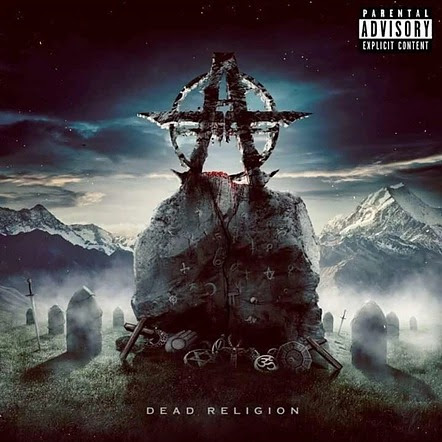 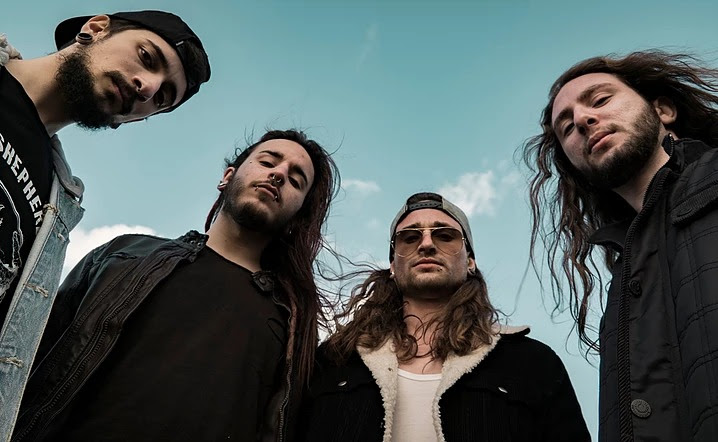 Align The Tide Is: