PRIMITIVE RACE, featuring the late, legendary former FAITH NO MORE and BAD BRAINS front-man Chuck Mosley, has released a lyric video for the single “Bed Six,” off of their 2017 released Soul Pretender LP.

“The funny thing about Bed Six is all of our songs on Soul Pretender had working titles of Bed and just a number. For whatever reason Chuck decided he was just going to call this song Bed Six and work the title into the song. I gave him so much hell about that and he refused to change it. So we ended up just going with it. It was just an inside joke.” – Chris Kniker

“When I listened to the music, ideas just came pouring out,” Mosley had previously stated. “I couldn’t say no to doing the record. When we completed the first few tracks, I found myself wishing I had written them. Not just the lyrics…just good heavy riffs and grooves really sucked me in. The melodies and words came super easy with this music. Even though it’s a whole different vibe it brought out a side of me I haven’t experienced since writing with Faith No More.” 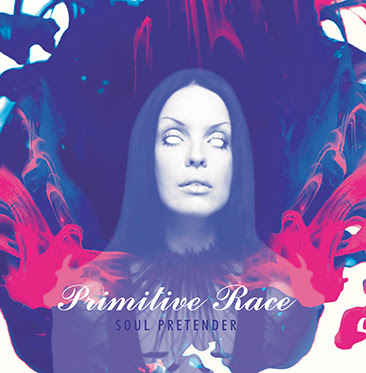 It’s hard not to view Primitive Race’s sophomore outing, Soul Pretender, as the next chapter in Chuck Mosley’s epic comeback story. On the record, out Friday on Metropolis, Mosley is positively radiant, sounding better, sharper and more engaged than he has since the heyday of Faith No More’s Introduce Yourself. After years of being relegated to the struggles of “solo” outings and hard-to-find Cement discs, Mosley here is raspy – he wears his age incredibly well – and utterly menacing as he lurks behind lurching guitars and the occasional twinkle of a keyboard, the landscape darker than his previous work. And, damn, does it work! – Pop Dose

If Primitive Race’s stylistic trajectory is to be considered, as exhibited in the group’s two albums; add to that, the invigorating (but at the same time, inadvertent) inclusion of Mosley’s memories into this latest offering – then there should be something more that can be expected from the collective’s future projects. For the meantime, let your senses get drowned in pleasant torture in the sonic machinery of this scorching undertaking. – CrypticRock

Time will tell what the next incarnation of Primitive Race will hold, but if the first two albums are any indication, then it should be just as great while continuing to establish the supergroup’s place in the world of punk and industrial rock. – mxdwn

“Mosley discussed Soul Pretender with me during our interview about two months ago, praising it as, unlike anything he had ever heard and claiming that it spoke to him in a way that he felt beyond compelled to work on this project. After listening to the album, I can understand why Mosley was drawn to the project as Soul Pretender is a unique and seamless collision of alternative, industrial, and punk rock. Just as Mosley said, it really is unlike anything else. His pride for the album as a whole was not only completely justified, but his own performance stands out as one of the best among his diverse career. While it is a common cliché to claim someone went out with a bang at the top of their game, it’s clear that Mosley truly did. As a whole, Soul Pretender is an excellent record and a must hear for fans of 90’s alternative and hard rock as well as those who prefer modern rock from the last decade. After listening to Soul Pretender a number of times, it is clear that Primitive Race is truly a band to watch out for.” Spill Magazine