Los Angeles based, Electronic/Rock musician, visual artist, and multi-instrumentalist WVM has followed up his stunning, dark electronic rock single, “After the Fall,” with the even heavier “Duel.”

“The story of “Duel” is, it started from my anger at being racially profiled, but when I write I like writing on a micro and macro level so the micro level was the harassment from racial profiling but then the rest of it morphed into the bigger picture; frustrations in general with all the injustices in the world, not just about race but about how messed up the world can be. The story goes: 2 cops stopped me as I was walking down the street for no reason other than the color of my skin. They flashed a light in my face and went through the whole process only to let me go since I have no record. But that’s where the lyric ‘take away that spotlight from my eyes, nothing can shield you from your lies’ comes from. The shield part is the typical police badge etc. So they let me go and I continued walking only to come across the same police officers again 5 minutes later as I was crossing the street. The cop car actually accelerated as if to run me down, the cop driving stuck his head out of the window and laughed and then drove off. I went home after that and started writing ‘Duel;’ I took my anger in that situation and started getting really angry at the injustices of this world.”

“Most of the album is more electronics-based and like “After the Fall” this song really defies genres and generic song structures. This is my song structure, don’t get me wrong, I write songs that are verse chorus verse chorus, but I really enjoy writing songs like this, where there are no 2 sections alike. It’s sort of like walking in a house and visiting each room only once even though you may like it. The only way to visit that room again is to walk back in the front door and do it over, with this song, if you like a section, the only way to revisit is to hear the entire song again. This kind of song structure is unique to me, it’s my signature.” – WVM 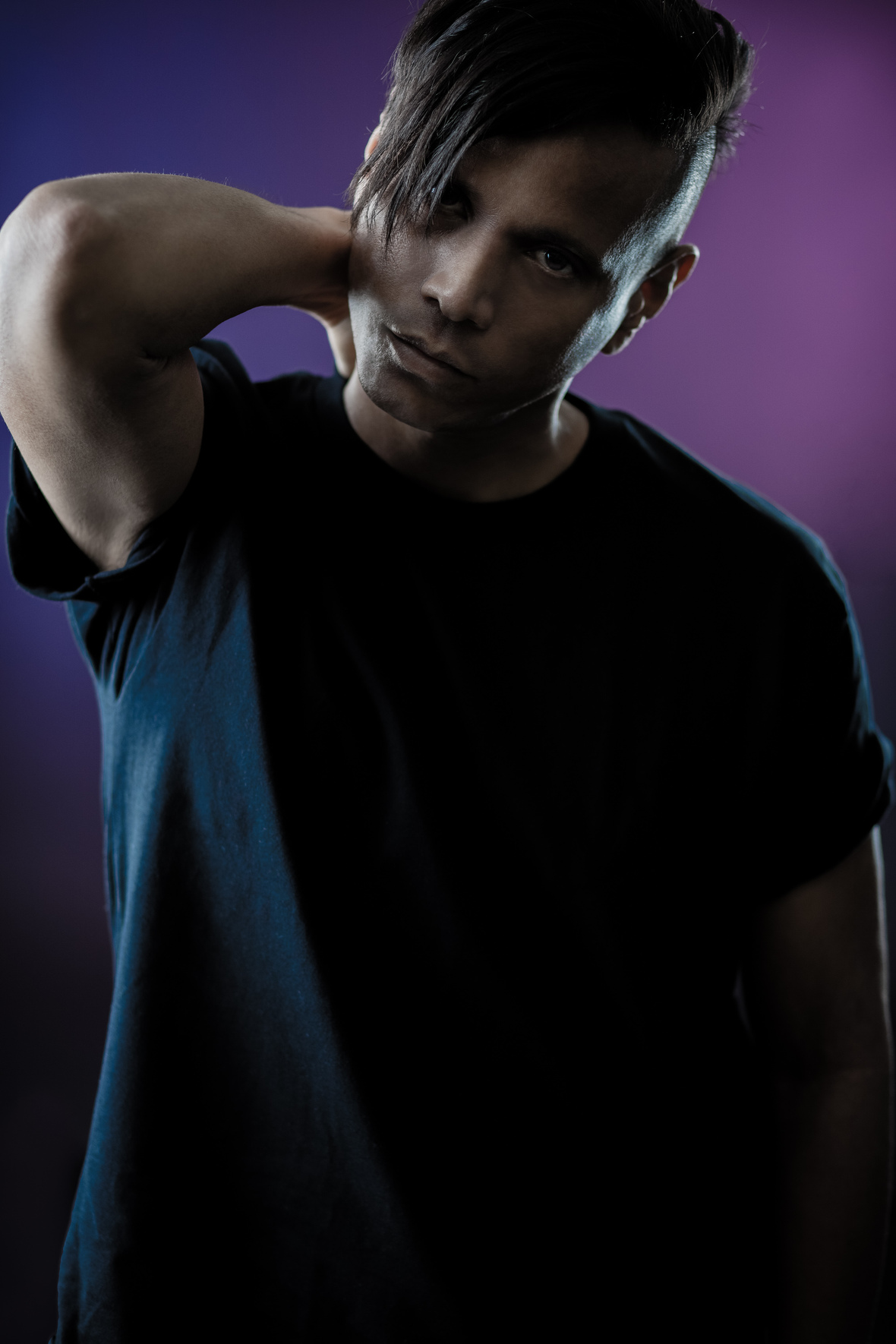 WVM is an American musician and visual artist located in Los Angeles, California. His early demos were released under a number of different monikers and licensed to TV shows and video games such as UFC 3, Syfy’s “Being Human,” Teen Nick’s “Degrassi,” CBS’s “Criminal Minds Trailer” and “Hostages”, as well as many other TV shows and video games. Most recently the song “Empire” was licensed to an episode of CW’s The 100.

After experimenting with a number of different genres in the past WVM finds his home in a brand of electronic music that blends melodic elements with a darker edge.

“The name WVM is a wavelength, everything in this reality is made of waves from the car you drive to the skin on your bones. What I love about these waves is that they can be molded into anything. The juxtaposition of the W and the M are intentional to remind me everything has it’s opposite. The letters can stand for anything you want but it’s just WVM.

“WVM’s music is much more personal and reflective and driven first and foremost by what he responds to instinctively. It’s as much a reflection of his sense of identity as it is a projection of his artistic voice.” Huffington Post

August 7, 2018 Michael Deinlein Music News, US Comments Off on WVM Releases New Single, “After the Fall”

Los Angeles based, Electronic/Rock musician, visual artist, and multi-instrumentalist WVM has re-emerged with a stunning new single, “After the Fall.” A reconstruction of alternative rock infused with electronic elements, “After the Fall” is a prelude to a […]

The Doom-Pop-Death-Disco Party Kicks Off January 3 in San Francisco Horror obsessed provocateurs DEATH VALLEY HIGH will kick off 2020 in high gear, taking to the road for a west coast tour with electro-industrial outfit Silver Snakes […]