Austin, Texas-based Rock Band BLACK HEART SAINTS has released the official music video for the title track off of their 2017 released LP, Alive, which features a live performance of the foursome live.

“This video was shot during our performance opening for Steel Panther in Austin, Texas. It captures some of the intimate moments that you normally don’t see: loading in, setting up, etc. – all of the hard work that it takes to bring about a killer rock show.” – Black Heart Saints.

The band just finished their most recent tour, The Road to Sturgis Tour 2018, where they performed at the 78th annual Sturgis Motorcycle Rally, as well as opened for Faster Pussycat on August 19th, and will be supporting Slash & Myles Kennedy Featuring the Conspirators on September 24th. Both shows are in Austin, TX. 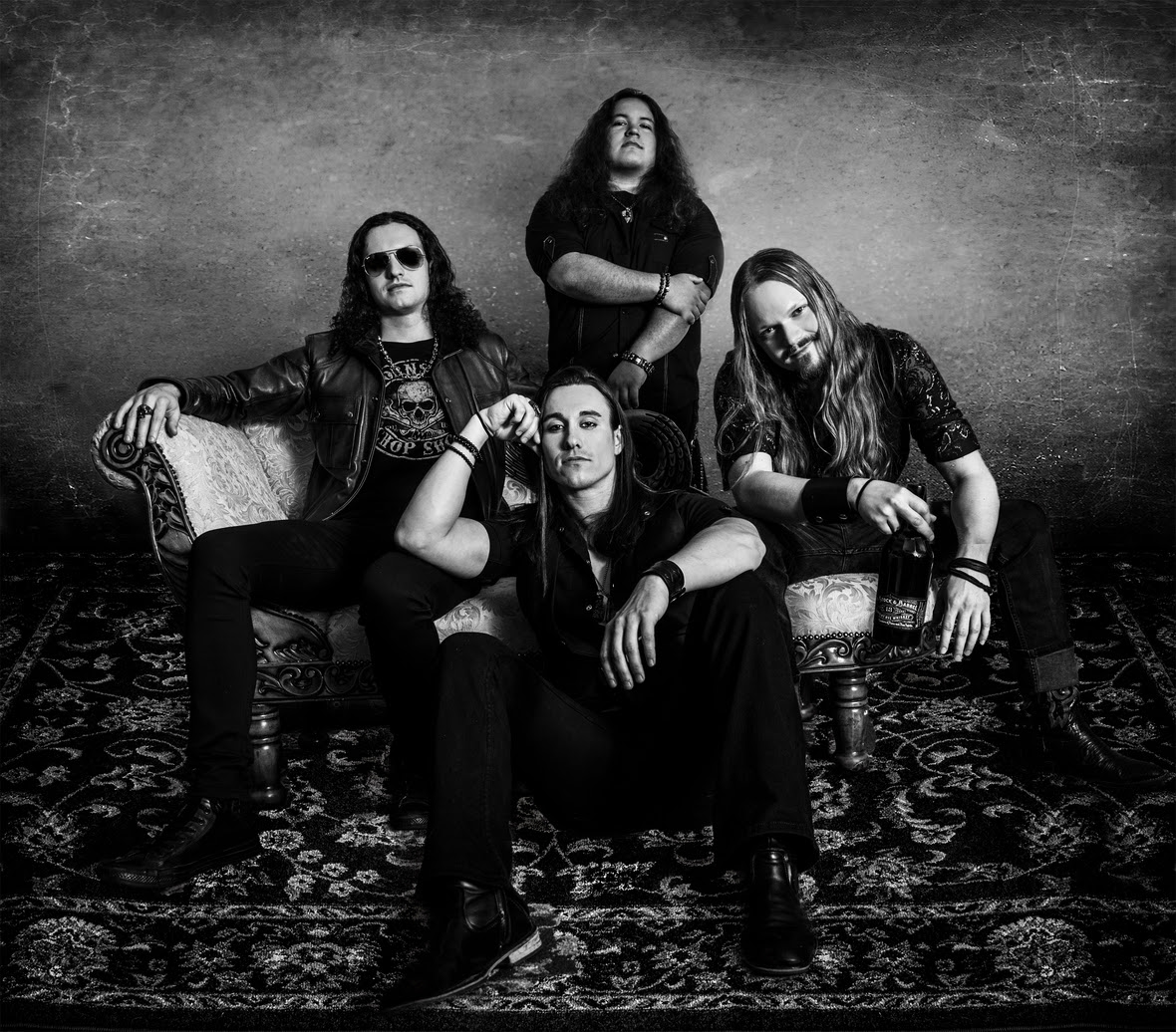 After debuting at SXSW in 2014, this powerhouse quartet has been building a solid reputation as a support act for national touring bands such as Slash featuring Myles Kennedy & The Conspirators, Sevendust, Pop Evil, Nonpoint, Coheed and Cambria, Filter, POD, The Toadies, and more.

The soaring vocals of front-man Josh Ross have drawn comparisons to Myles Kennedy and Chris Cornell. While the band is influenced by the likes of Mötley Crüe, Guns ‘N Roses, and other legendary Hard Rock acts, the commanding presence of Black Heart Saints’ live show brandishes an updated take on the genre.

Quickly conquering some of the biggest stages and festivals in the United States, Black Heart Saints has built an impressive resume, and has been recognized as one of the nation’s top emerging rock acts:

In 2014, Black Heart Saints represented their hometown at the ESPN X Games in Austin. 2015 kicked off with key performances during South by Southwest Festival, Texas Rockfest, and Fiesta Oyster Bake in San Antonio. The band also went back to the studio to record a string of upcoming singles produced by Omar Vallejo at Austin’s renowned 512 Studios.

After debuting their first official music video for the hit single “Touch The Sky” on MTV, VEVO, and YouTube, Black Heart Saints is poised to launch a memorable international career with ambitions to dominate stages across the globe. Half-way through 2016, the band gained nationwide airplay on Sirius XM’s Octane and Faction channels.

In 2017, the band received two major accolades: Black Heart Saints was chosen as Austin Music Foundation’s Artist of the Month, and received a spot in the top 10 Best New Bands in Austin Chronicle’s Austin Music Awards for 2016-2017.

The band’s first full-length release – ALIVE – was soon followed by the Road to Sturgis Tour 2017, which put Black Heart Saints’ charismatic live performance to the test when the band took the stage at the world-renowned motorcycle rally, attended by over 500,000 bikers from all around the globe.

Foreshadowing a successful 2018, Black Heart Saints embarked on an extensive tour to the West Coast beginning in January, which included a highlight performance at the legendary Viper Room in West Hollywood, California. Throughout the summer, the band was tapped to support some of the biggest names in rock — both new and old, including Steel Panther, Dokken, Jackyl, as well as upcoming arena acts Blacktop Mojo and Joyous Wolf. After a successful onslaught of summer shows, Black Heart Saints will enter the studio this fall to record an upcoming record that is destined to be a chart-topper.

Austin Music Award-winning band BLACK HEART SAINTS has just released the fourth and final installment from their new Misery EP — a blistering Southern hard rock tune that masterfully melds the soulfulness of THE BLACK CROWES with the sheer heaviness of SOUNDGARDEN. The […]

Austin, TX based Rock Band BLACK HEART SAINTS has released the official music video for their cover of the 1986 ROBERT PALMER hit single, “Addicted to Love.” The song and its accompanying music video mark the third part of […]