Tonight had been circled on many people’s calendars from the moment the show was announced. Singer/Songwriter Rod Stewart, the two-time Rock & Roll Hall of Fame music icon, with worldwide record sales of over 200 million records was coming to Louisville.

Rod Stewart’s musical accomplishments are quite staggering. He’s had six consecutive number one albums in the UK, 62 UK hit singles of which 31 reaching the top ten and 6 reaching the #1 spot. In the US Stewart has had 16 top ten singles, with 4 reaching the top spot. In 2016 Sir Rod Stewart was knighted at Buckingham Palace by the Duke of Cambridge for services to music and charity

There was a palpable feeling of excitement in the air as Louisvillians lined up outside the KFC Yum Center as the doors opened. Many were overheard discussing one of the several times they had seen Rod Stewart perform, or discussing the chances of their favorite song being performed.  His musical legacy is interwoven into the lives of almost everyone in attendance.

A large checkerboard curtain wrapped around the stage, the shadows of people and equipment scurrying around could be seen through the illuminated curtain as the crews were making the final preparations.  In an instant the house lights fell, the curtain rose, and the band, Sans Rod Stewart rolled into The Bar-Kays cover of “Soul Finger” immediately followed by the familiar sounds of “Infatuation” as Rod took his place on stage to a huge roar. Without hesitation, a Sam Cooke cover of “Having a Party”, fan favorites “Young Turks” and “Tonight’s the Night (Gonna Be Alright)” were next in the performance and everyone was on their feet singing and swaying to the music.

Taking a second to catch his breath and allow us all to do the same, Rod took a moment to introduce Cyndi Lauper as they performed a Hambone Willie Newbern cover or “Rollin’ and Tumblin’”, ending with hugs on stage and a huge ovation from the appreciative audience.

With everyone on their feet, one hit after another followed starting with “Forever Young” Marc Jordan cover of “Rhythm of My Heart” while the video screens behind the stage show Rod’s knighting ceremony with the Duke of Cambridge, drawing yet another huge ovation. As the familiar opening mandolin chords of “Maggie May” resonated over the Yum Center everyone was singing, in fact, Rod didn’t sing the first two complete verses, the 15,000 fans took care of that.

The new song “Hole in My Heart” from his 2018 release, Blood Red Roses was up next and afterward, Rod took a few moments to address the crowd.  “Back in the day Tom Waits and I were on the phone and Tom was thanking me for recording “Downtown Train”, “It’s putting a new  roof on my house and we are building a swimming pool for my children.”Tonight’s rendition featured a smoking sax solo by Jimmy “The Sax-man” Roberts which put a huge exclamation point on the first part of the evening.

What came next was just pure magic. With everyone taking their places on clear acrylic chairs positioned center stage, and Rod slightly elevated while sitting on a stool, the stirring chords of the harp began an acoustic Cat Stephens cover of “The First Cut is the Deepest”.  Continuing the acoustic theme, “You’re in My Heart (The Final Acclaim), “Grace,” and a Van Morrison cover of “Have I Told You Lately” came next.  Seeing the passion from the stage as Rod’s voice rolled across the venue during this acoustic session created one of the most memorable moments of the evening.

Unfortunately, all great things ultimately come to an end and tonight was no different. Rod Stewart closed out his main set just like it started, heavy on the hits with a tribute to Ike and Tina Turner “Nutbush City Limits” followed by the Faces song “Stay With Me” with Rod kicking several signed soccer balls out into the crowd. No Rod Stewart show would be complete without “Da Ya Think I’m Sexy?” Which closed out the main set as balloons fall from the rafters and checkerboard curtain dropped.

After a few moments, the curtain rose once again with Rod Stewart center stage for his one song encore, The Sutherland Brothers cover of “Sailing”, finishing a simply wonderful evening with a music legend, Sir Rod Stewart.

Opening the evening was none other than the legendary Cyndi Lauper. To date, Cyndi Lauper has released eleven studio albums and participated in many other projects, selling over 50 million albums and 20 million singles. She has won 2 Grammy’s (Cyndi has been nominated a whopping 15 times), along with a Tony Award (for Kinky Boots in 2013) and an Emmy Award (for Mad About You) during a career that has spanned more than 30 years and counting. Cyndi’s legacy doesn’t stop with her musical achievements, she has been celebrated for her humanitarian work, particularly as an advocate for LGBT rights in the United States so it was a treat to see her perform this evening.

Sauntering onto the Yum Center stage Cyndi was all smiles as she was greeted by a large roar from the crowd. With her teased blonde hair, dark sequined jacket and pants, Cyndi and her band started the evening off in a great way with “I Drove All Night,” “She Bop” and a Jules Shear cover of “All Through the Night”.

Cyndi was out in the crowd several times, interacting with fans as she rolled through the middle part of her set including “Hope” and “The Goonies ‘R’ Good Enough”.  The Brains cover of Money Changes Everything was up next which had Cyndi singing while on the stage floor between the guitarist’s legs to the crowd’s delight, followed by “Shine”.

With only a few songs left of her hour-long set, Cyndi Lauper rolled out the huge fan favorite “Time After Time” that had everyone singing and moving back and forth with her.  Now center stage Cyndi shared a little bit about the importance of sisterhood, the Women’s Marches occurring across the country, and growing up in a house full of women. Everyone was on their feet and clapping as the opening chords of the Robert Hazard cover, “Girls Just Want to Have Fun” blasts from the stage.

For the final time tonight, Cyndi was back center stage talking about life, having a son and watching them grow up and the like before doing an acapella rendition of “True Colors” that was greeted with a standing ovation by the packed house.  Cyndi Lauper was incredible this evening, giving the crowd what they came for – a great show! 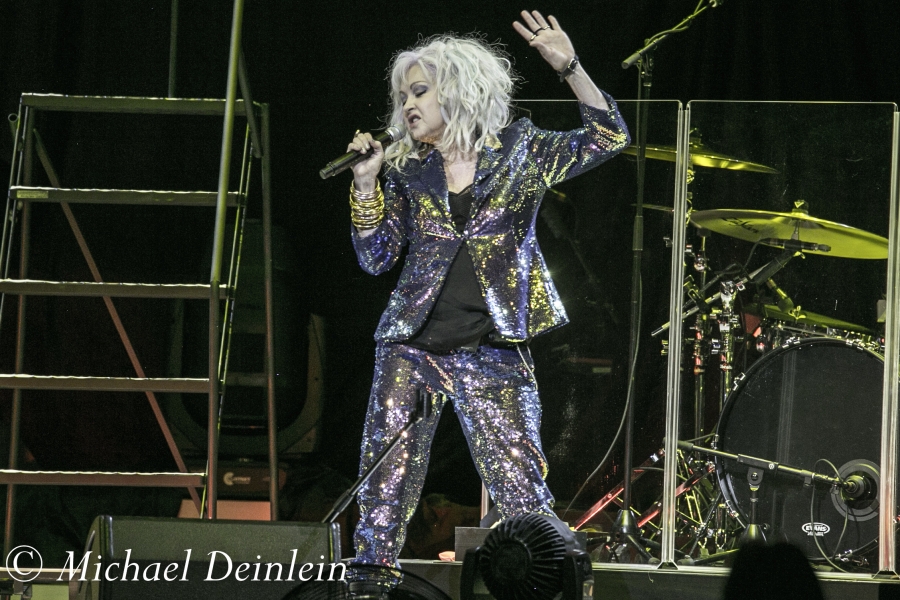 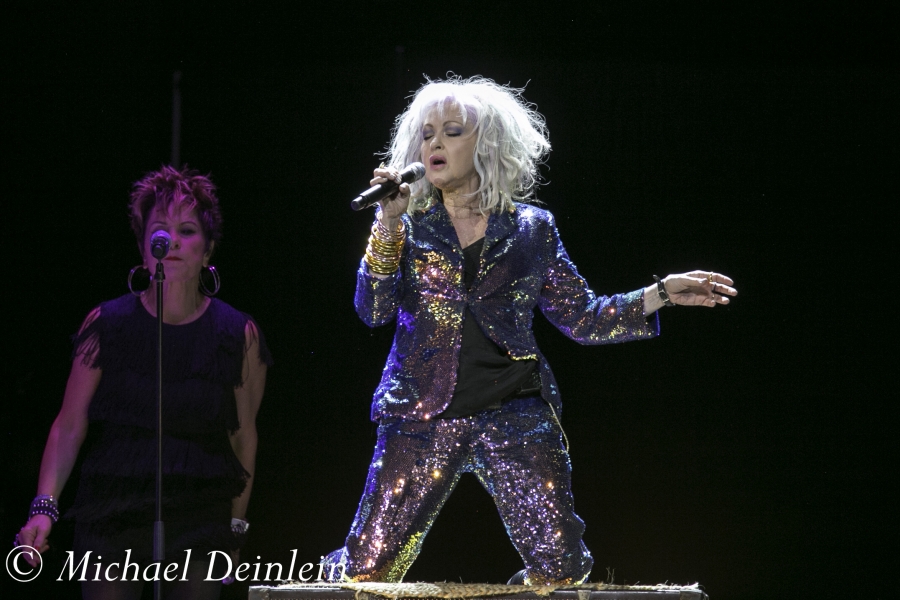 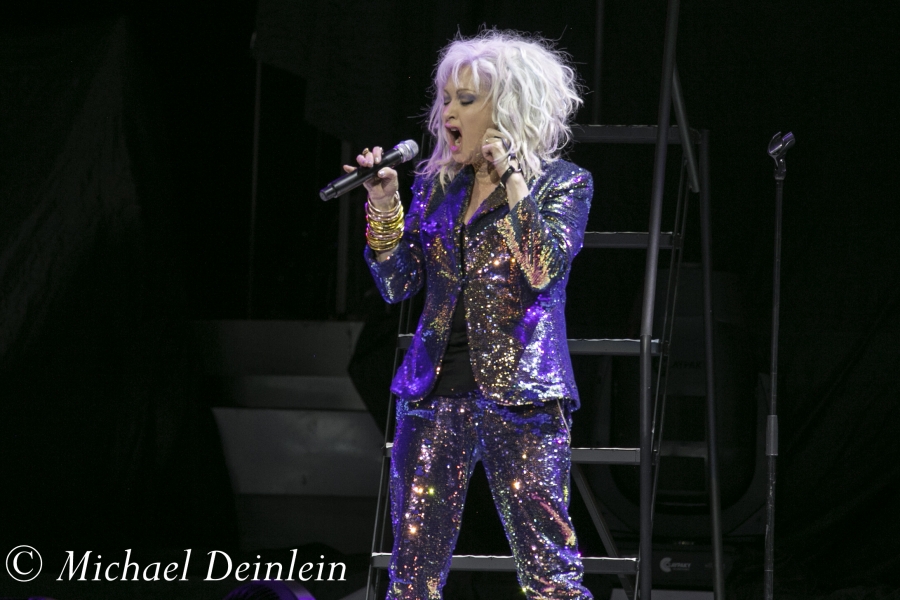 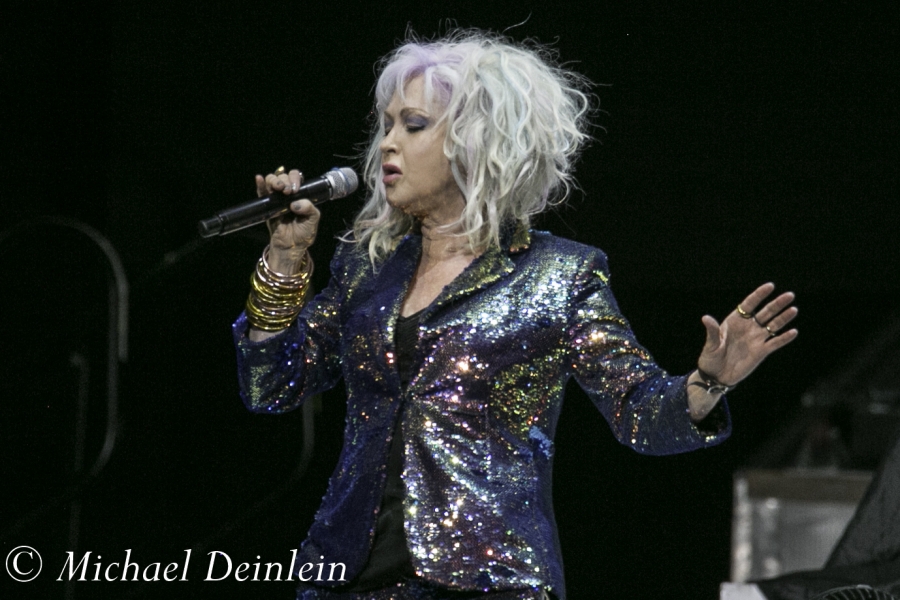 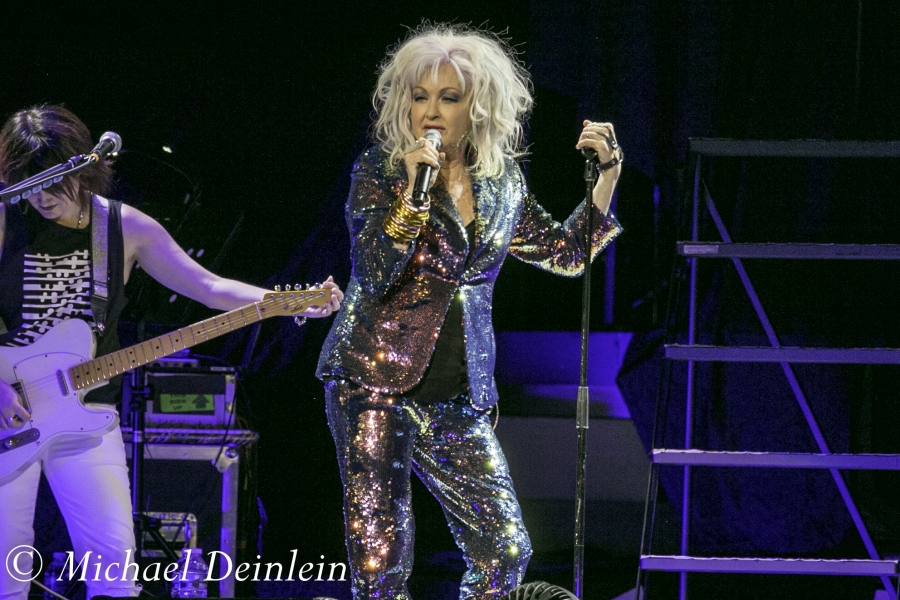 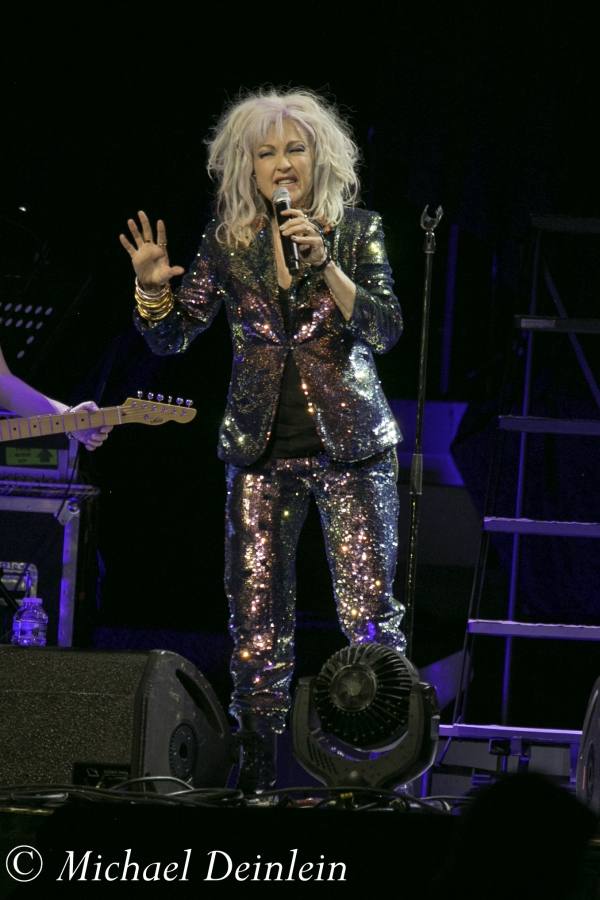 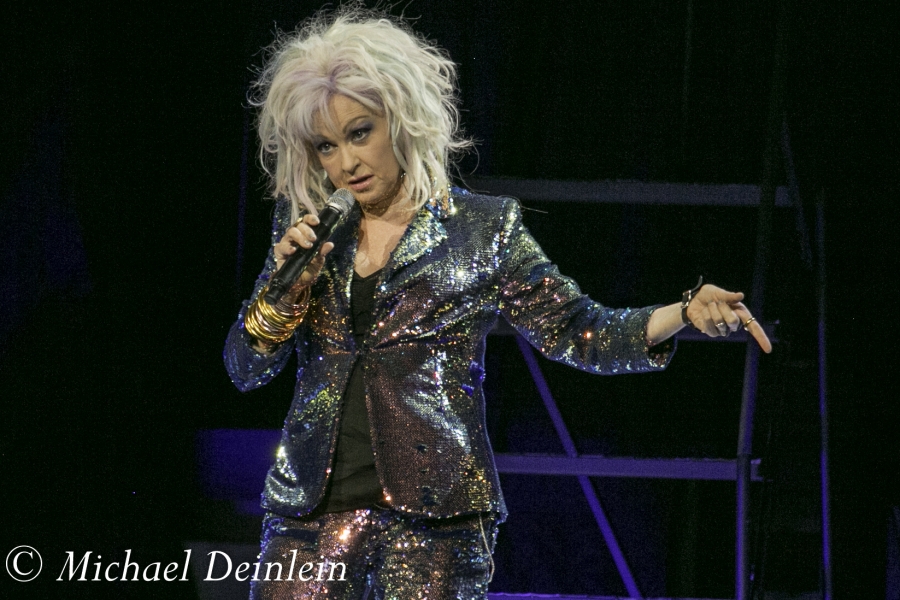 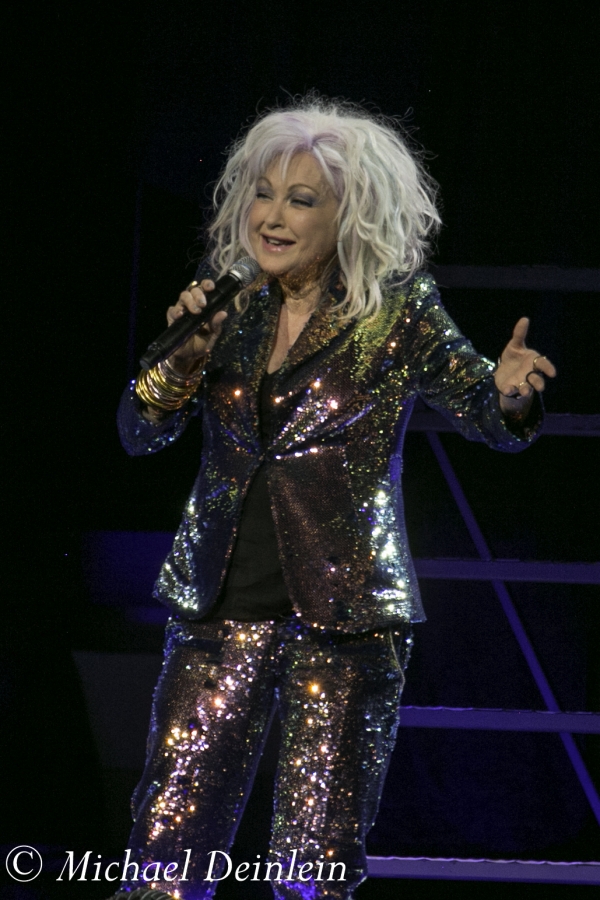 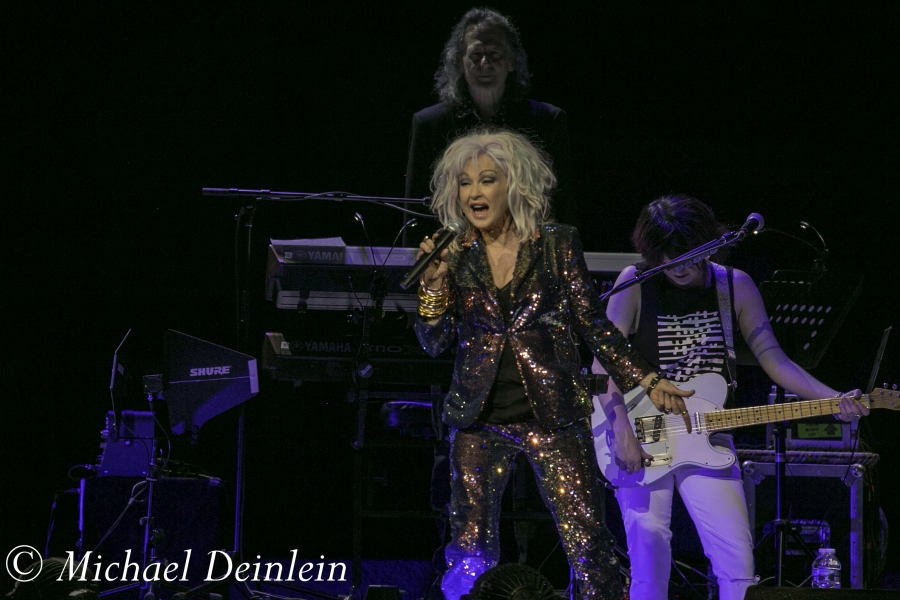 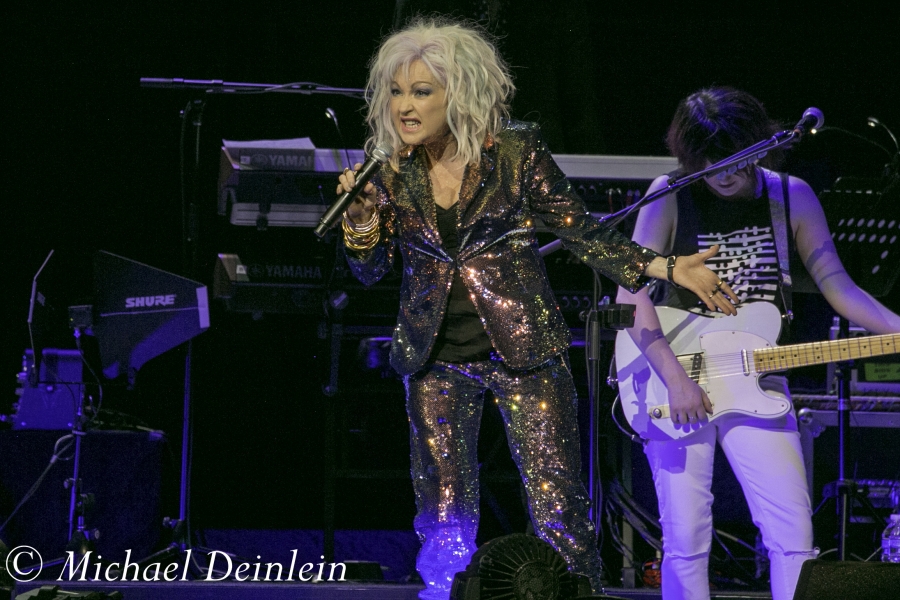 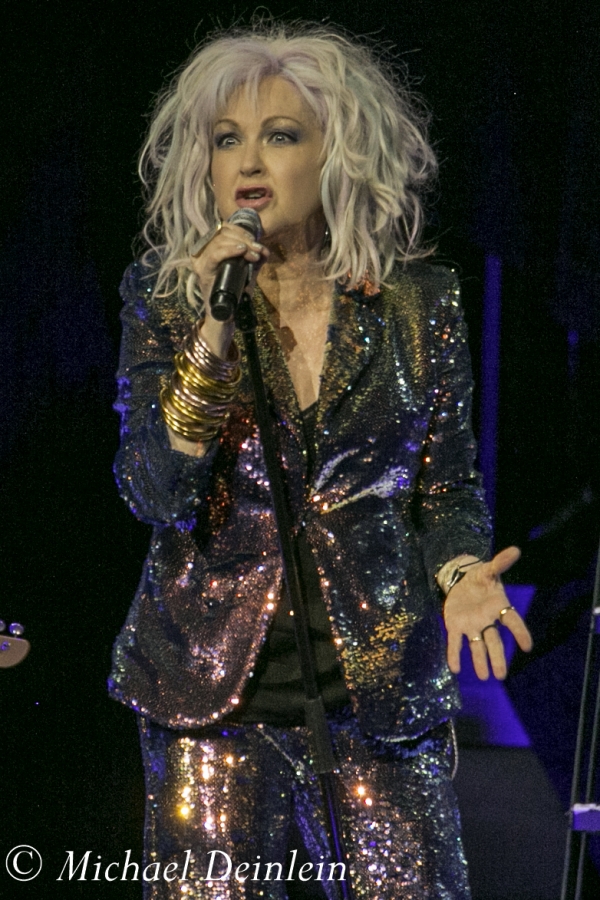 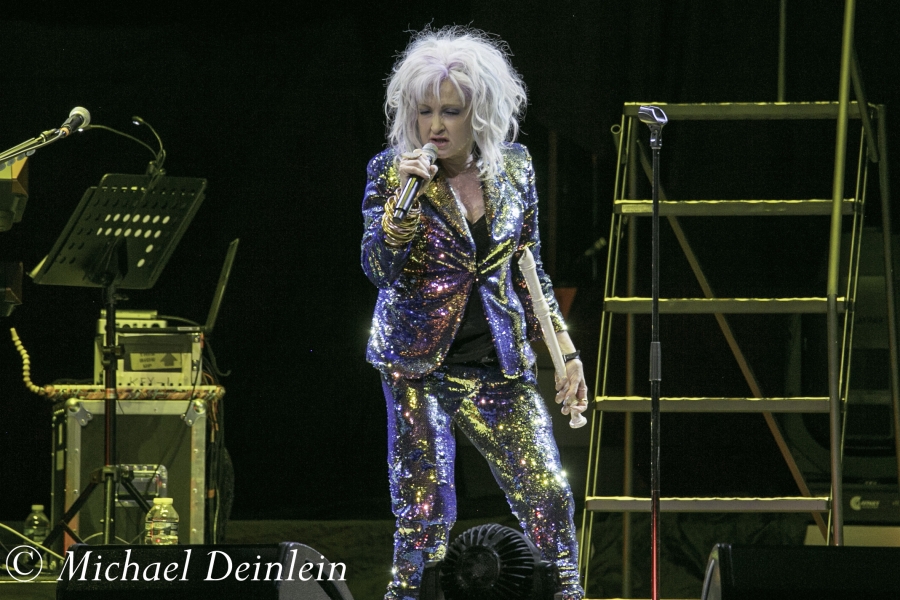 Louder Than Life Expands To Three-Day Festival In 2018 With Nine Inch Nails And More Taking Over Louisville, September 28-30

May 18, 2018 Michael Deinlein Music News, US Comments Off on Louder Than Life Expands To Three-Day Festival In 2018 With Nine Inch Nails And More Taking Over Louisville, September 28-30

Dynamic punk rockers, Tiger Sex shake Louisville’s Kaiju to the core with Ron and The Kids Born Wrong. A great crowd packed the small, Kaiju stage welcoming Tiger Sex back to Louisville for a great night of […]

Louisville hip-hop fans are treated to a special night with hip-hop legends Wu-Tang Clan. Review by Greg Deinlein Celebrating the 25th anniversary of a Hip-Hop album that would define the genre forever, the Wu-Tang Clan […]