ON TOUR THIS SUMMER WITH SLAVES,
ROYAL THUNDER, & AWAKEN I AM

NEW LP THE PHOENIX OUT NOW 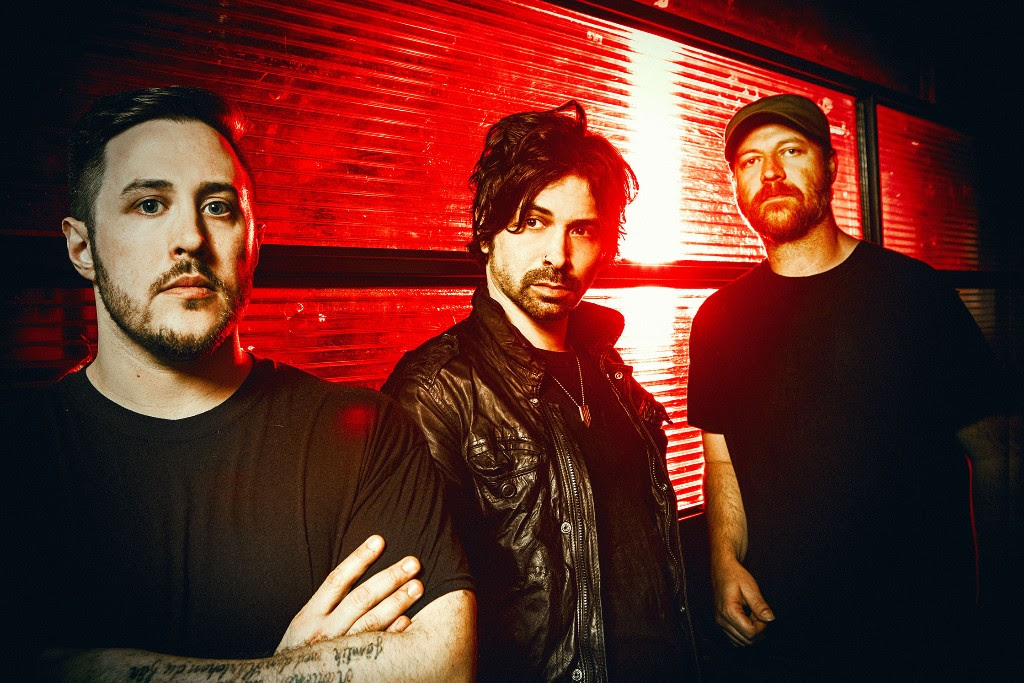 CKY (Chad I Ginsburg, Jess Margera and Matt Deis) have released a brand new music video for their track, “Wiping Off The Dead” from their most recent LP, The Phoenix. Directed by Dave Causa, this is the third music video we’ve seen from the band off their current release.

“Our good friend Dave Causa filmed us rehearsing for our UK tour last summer and the end result was us making a badass music video,” says drummer Jess Margera. “It was filmed before we ever played a single show for the release of our album. Thank you, Dave, and thank you CKY alliance! Enjoy this great video from the archives.”

CKY is headed back out on the road this summer on a co-headlining run with SLAVES and additional support coming from Royal Thunder and Awaken I Am. Tickets and a limited number of VIP meet and greet packages are available now. VIP packages will include meet and greets, exclusive merch items, autographs and more. The band will also be doing highlighted performances on select festival dates such as Lollapalooza, Sturgis bike rally, Psycho Las Vegas, and Blue Ridge Rockfest!

CKY released The Phoenix last summer via Entertainment One (eOne). The all-new LP is the first release since the band put out Carver City in 2009. The album was engineered and mixed at Rancho De La Luna, the highly regarded recording studio in Joshua Tree, CA.

The band initially released the “Replaceable” single earlier last summer exclusively via SiriusXM’s OCTANE channel, “Head For A Breakdown” via CONSEQUENCE OF SOUND and “Days Of Self Destruction” (Feat. Brent Hinds) before that. All can be streamed below.

Last October, CKY released a music video for the single “Head For A Breakdown,” directed by The Costa Sisters. The video was shot in and around London during the band’s near sell-out run earlier last year. Previously, their music video for “Replaceable” was released exclusively via LOUDWIRE and produced/directed by JOFFco. 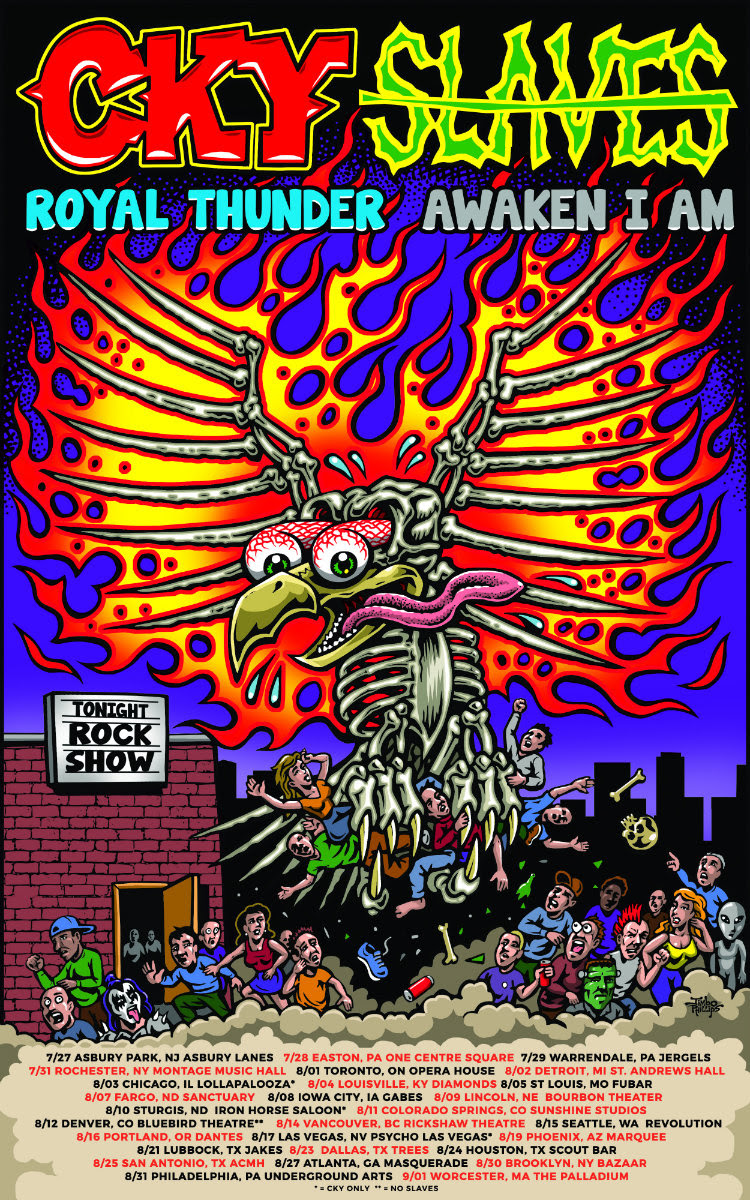 Chad I Ginsburg, the band’s guitarist and singer, steps into the frontman role with charisma, charm, and bravado, confidently delivering a diverse performance as he claims a position that was clearly rightfully his to own.

He’s joined in enduring partnership and musical and personal chemistry by fellow CKY cofounder, Jess Margera, the drummer whose extracurricular work in projects like The Company Band (with guys from Clutch and Fireball Ministry) expanded CKY’s horizons as much as Ginsburg’s solo work has as well. The duo returned to their primary project refreshed and reenergized, with bassist Matt Deis (ex-All That Remains), who first joined CKY in 2005.

Guns N’ Roses, Metallica, and Deftones have all personally invited CKY on tour, cementing a legacy as a hard-charging live act. CKY built a worldwide fanbase of dedicated acolytes, friends, and supporters, lovingly dubbed the CKY Alliance, with a broader group of musicians, athletes, and other creative types in the CKY family, both literally and figuratively.

“‘The Phoenix, CKY’s first since 2009, seems to reconcile with the past and looks at their  new direction forward.” NOISEY

“True to form rip-fest that will draw longtime CKY fans back and new fans in.” CHICAGO TRIBUNE

“[‘The Phoenix’] sees Chad I Ginsburg assuming vocal duties on top of guitar, but his transition is a successful one. And “The Phoenix”, goddamn it, is fun.” 8.5/10 BLABBERMOUTH

“‘The Phoenix’ is stark and bold, stirring and unapologetic, a true testament to rock’s power in today’s landscape” 10/10 OUTBURN MAGAZINE

“The band has managed to stay true to their original direction while also remaining fresh  and relevant.” 4.5/5 NEW NOISE MAGAZINE

“when CKY 2.0 hits, they’re hitting hard – this is a spacey stoner ballad [‘Head For A Breakdown’] at its absolute finest.” METAL INJECTION

“The Phoenix marks a strong and triumphant comeback for these rock vets.” HEAVY MUSIC HQ 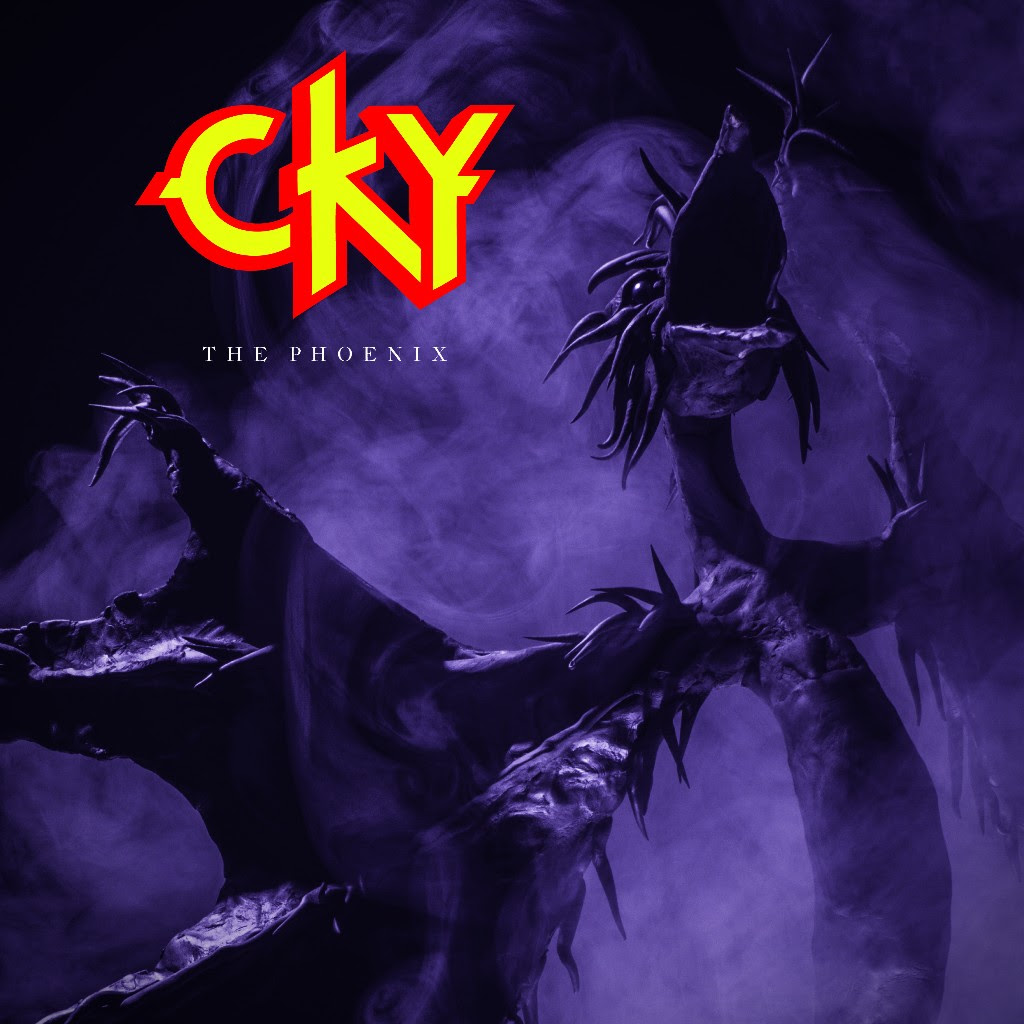 1. Replaceable
2. Days of Self Destruction
3. Unknown Enemy
4. Head For a Breakdown
5. The Other Ones
6. Wiping Off The Dead
7. Lies From You
8. Better Than Get Even