90’s grunge rock icons Bush return to the Louisville Palace for a night of familiar favorites and new material.

Bush makes a stop in Louisville during the home stretch of an extensive World Tour in support of 2017’s Black and White Rainbows” Once their headline tour concludes in Mansfield Ohio on July 14th, they give themselves a few days off before the launch of The Revolution 3 Tour with The Cult and Stone Temple Pilots.  Beginning on July 18 in Nashville and concluding September in Phoenix, this promises to be one of the most exciting match-ups of the summer.

It seems that Bush is fond of Louisville, playing the Louisville Palace in 2016 and returning to town last summer for a blistering performance during downtown’s 4th Street Live! outdoor concert series, so it will come as no surprise that the crowd gathered for tonights show greeting the band with massive enthusiasm. With their multi-platinum debut album 1994’s Sixteen Stone catapulting the band to the forefront of the 90’s grunge scene, it is fitting that the first song of the night is “Everything Zen” which became an instant classic from that very album. From the first note, everyone is on their feet and the crowd is on fire.

What follows is a string of favorites such as “The Chemicals Between Us”, “Greedy Fly”, “Swallowed” and “Little Things”. Intermingled with these classics, are songs from more recent releases including “This is War”, the new single from their 2017 album Black and White Rainbows, “Nurse”, as well as “Let Yourself Go” and “The Gift” from Man On The Run. Throughout the night, Gavin Rossdale is a bundle of energy, bouncing while he is at the mic, bounding across the stage, a man in perpetual motion. Always a highlight of the show is when Rossdale is out in the audience during “Little Things” going up and down the aisles both giving and receiving hugs from excited fans before ending up in the balcony to finish the song. It’s a moment toward the end of the show which revs the crowd up for an incredible 4 song encore.

After leaving the stage for a few moments, Bush returns and perhaps saving the best for last, launch directly into “Machinehead” possibly one of their most popular songs, amping up the energy in the room even higher. This is followed by a cover of REM’s “The One I Love”, with the entire venue singing along. Next, with only Rossdale on stage, backlit by a flood of white lights, he dedicates the next song to all of “the lovers, the future lovers, and the past lovers” in the room, performing one of Bush’s biggest hits, “Glycerine.” It is as simple as it is powerful and mesmerizing.

As the evening comes to an end, Bush thanks everyone for coming out and rips into one more huge hit, “Comedown.” The entire room is engaged as they sing the chorus, “‘Cause I don’t wanna come back down from this cloud, It’s taken me all this time to find out what I need.”  It is a brilliant choice to end the night, as the crowd heads for home wondering how they are going to come down from the cloud they’ve been on for the past few hours. 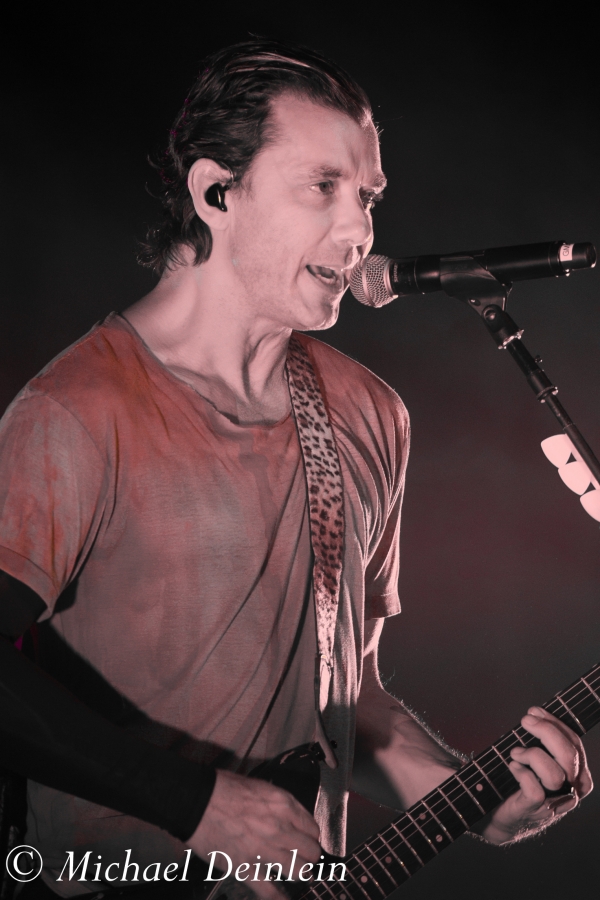 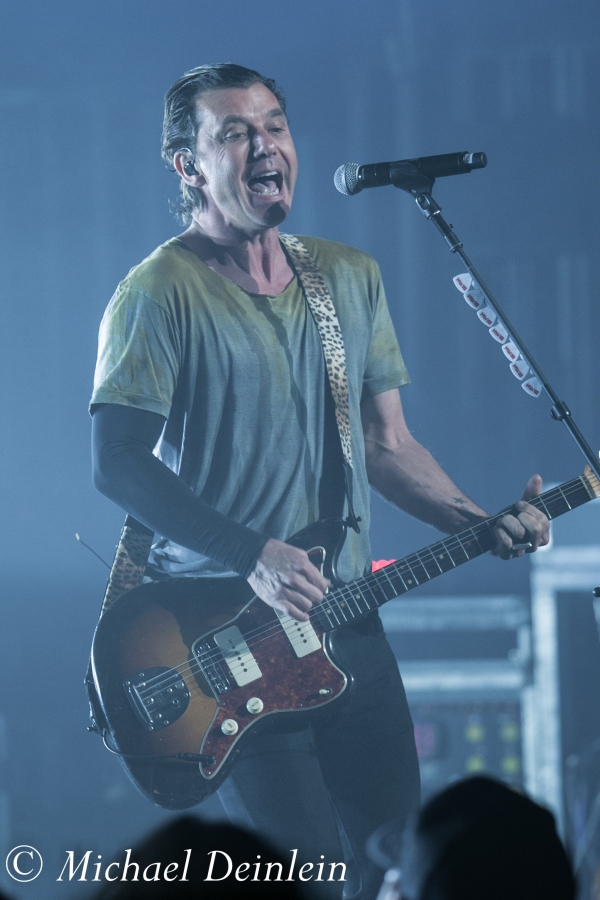 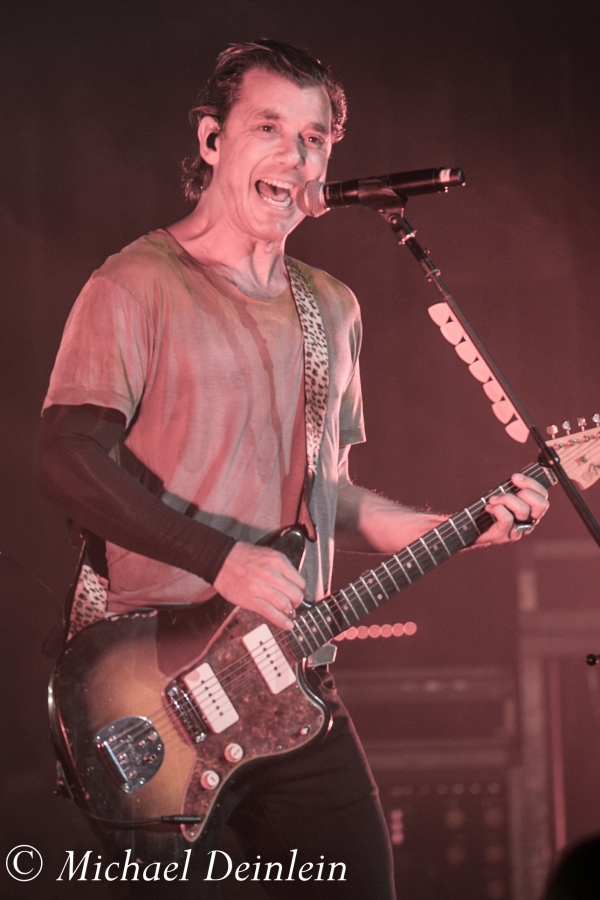 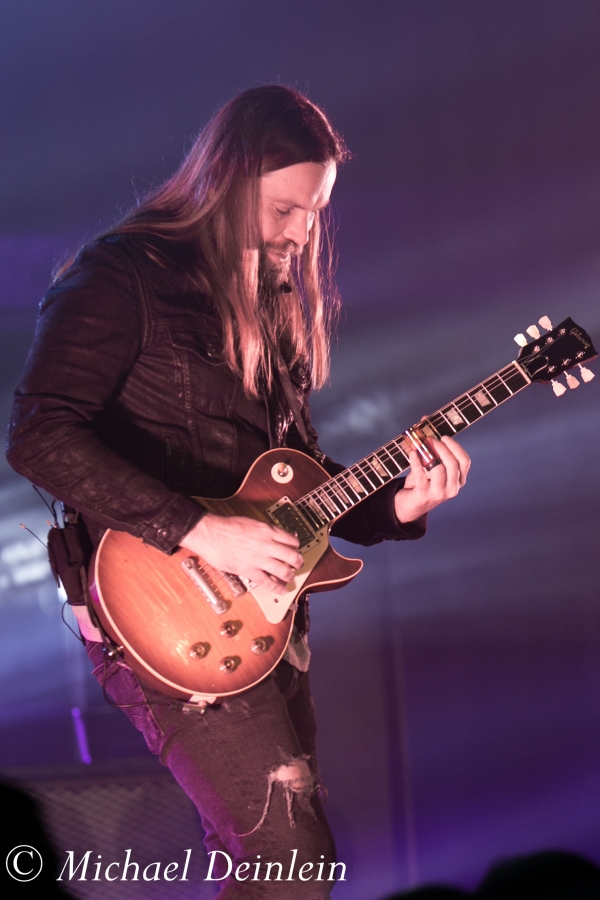 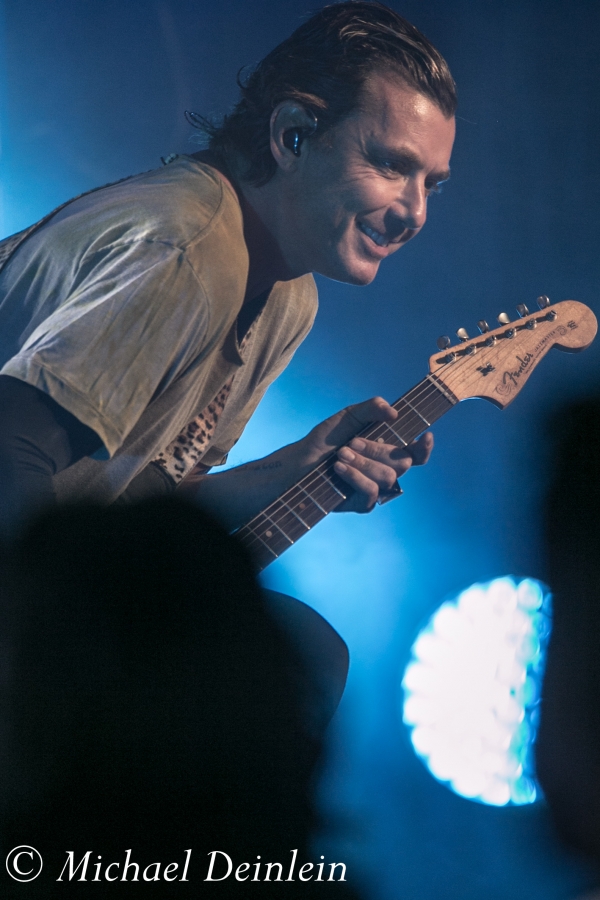 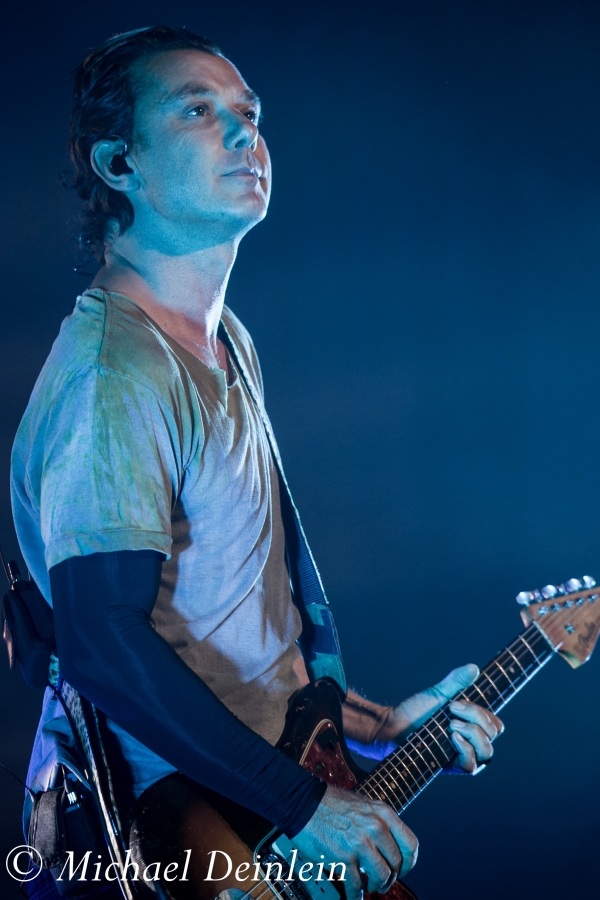 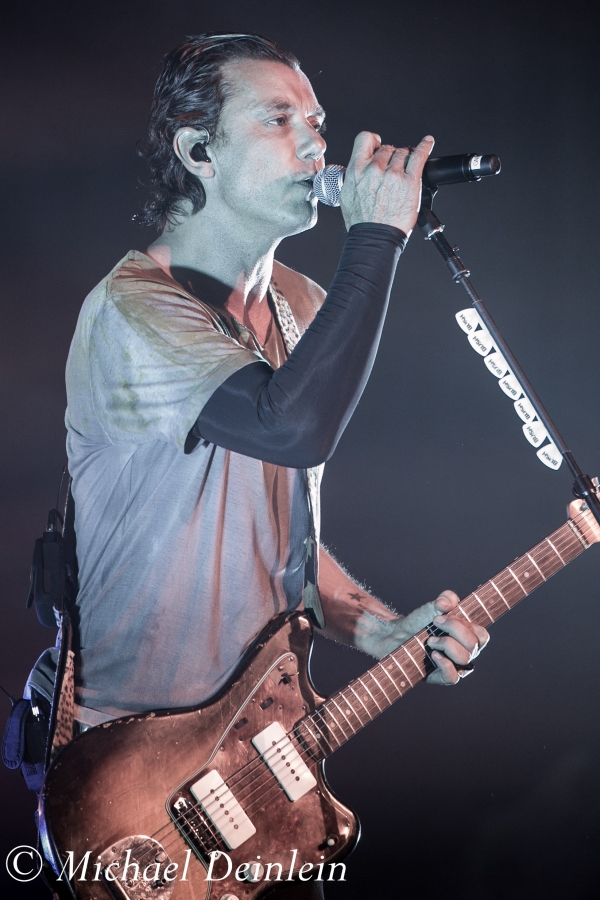 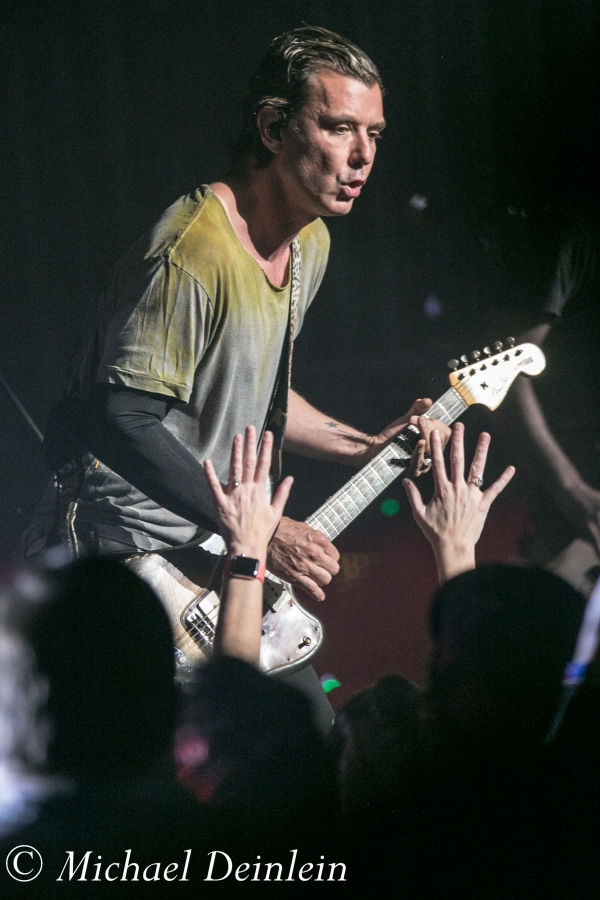 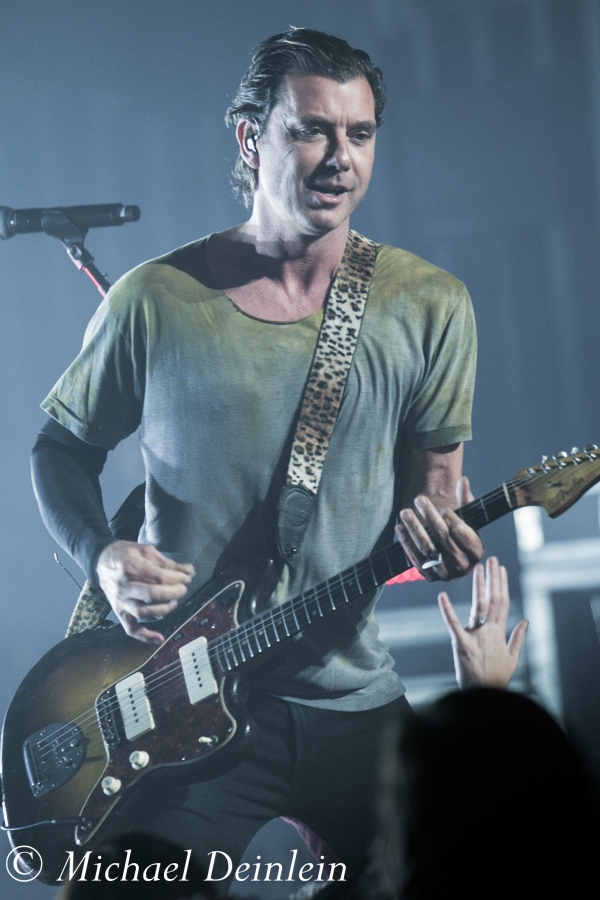 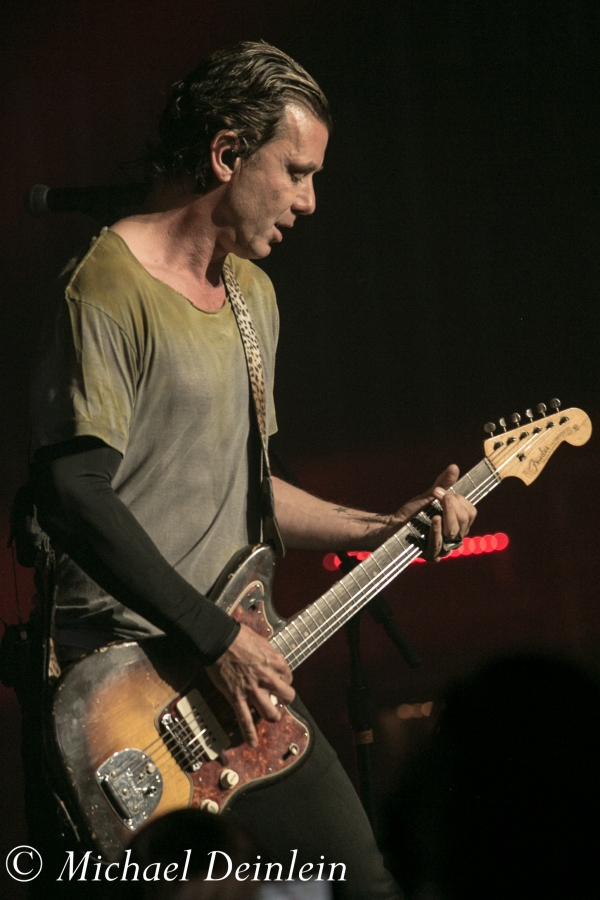 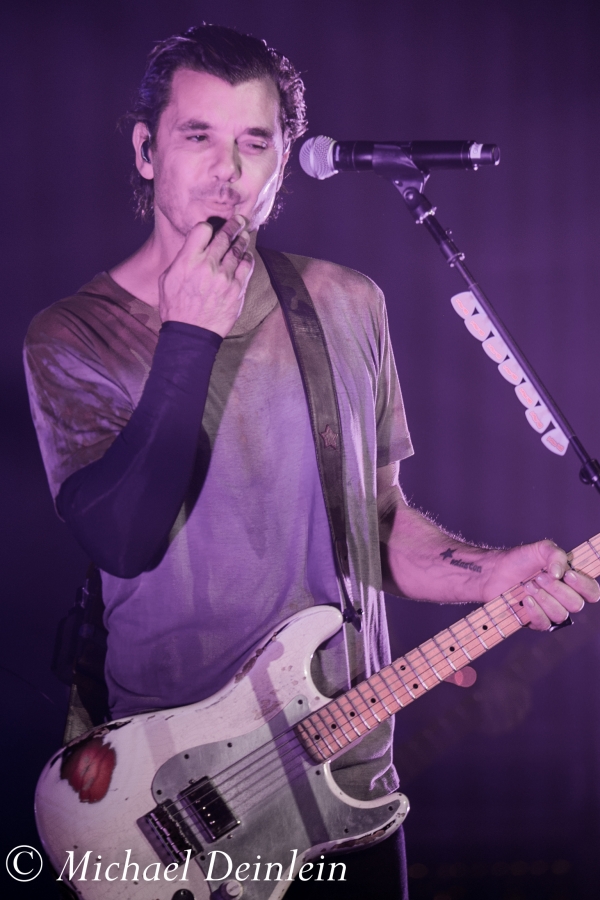 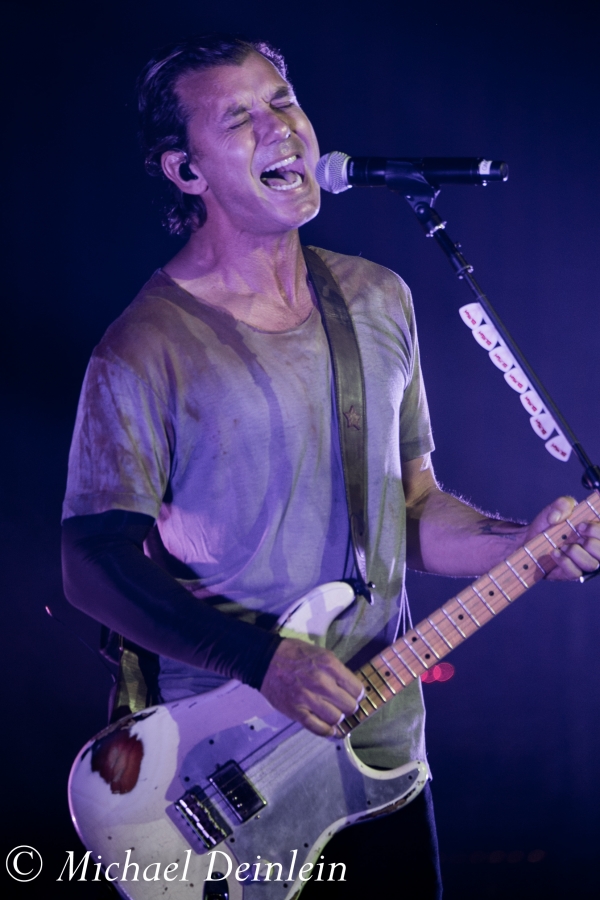 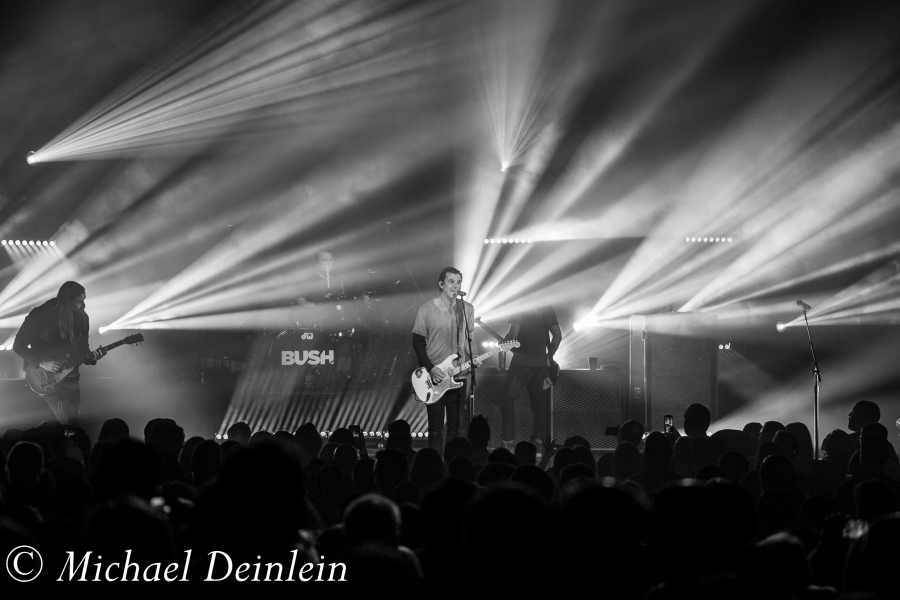 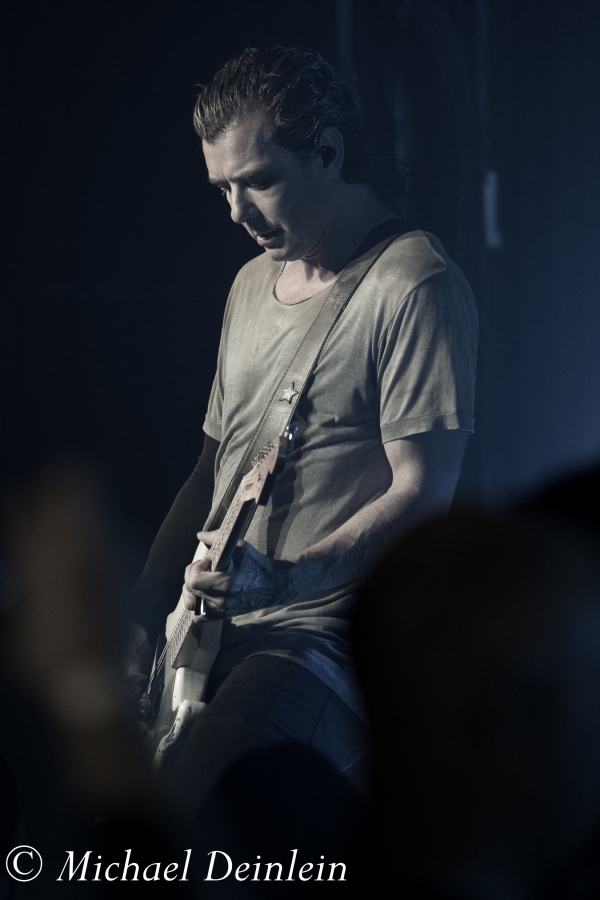 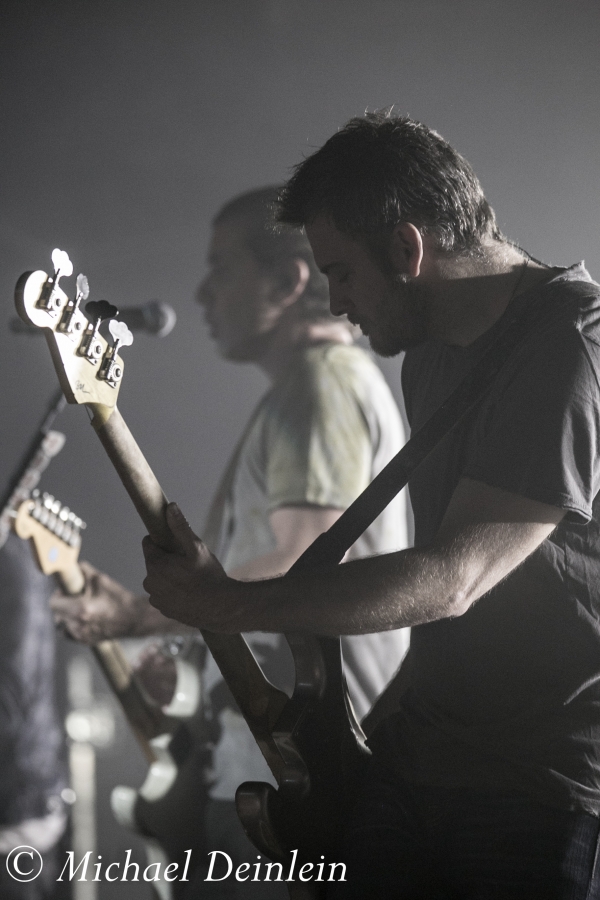 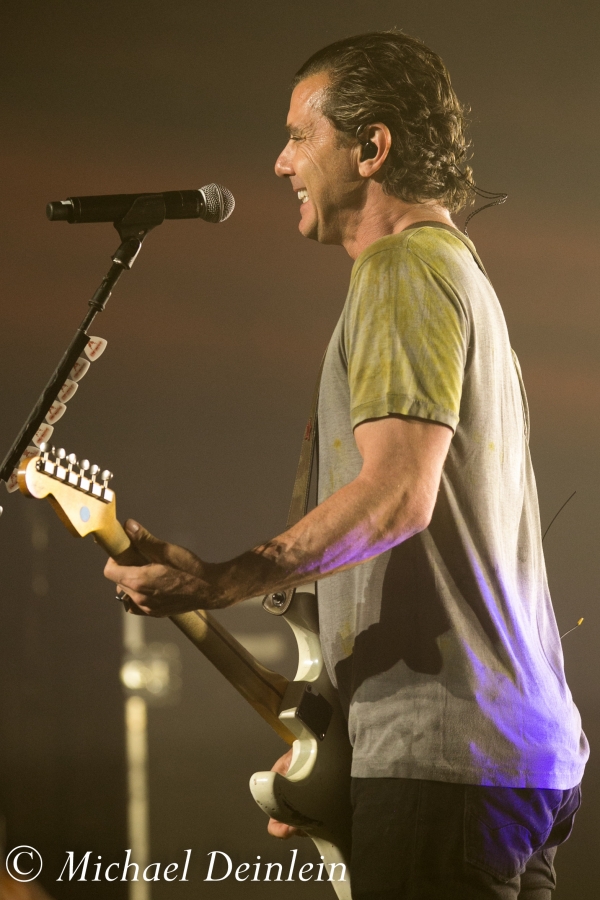 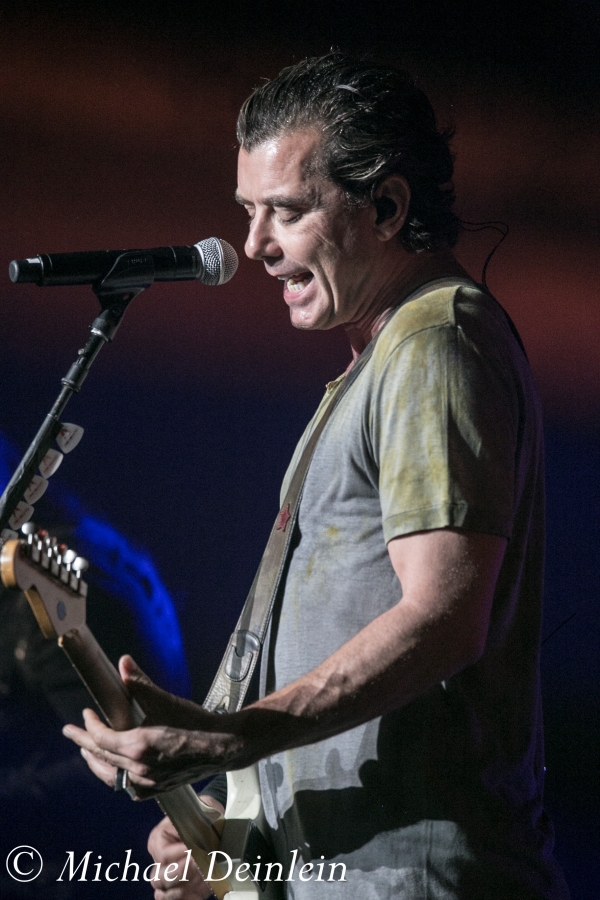 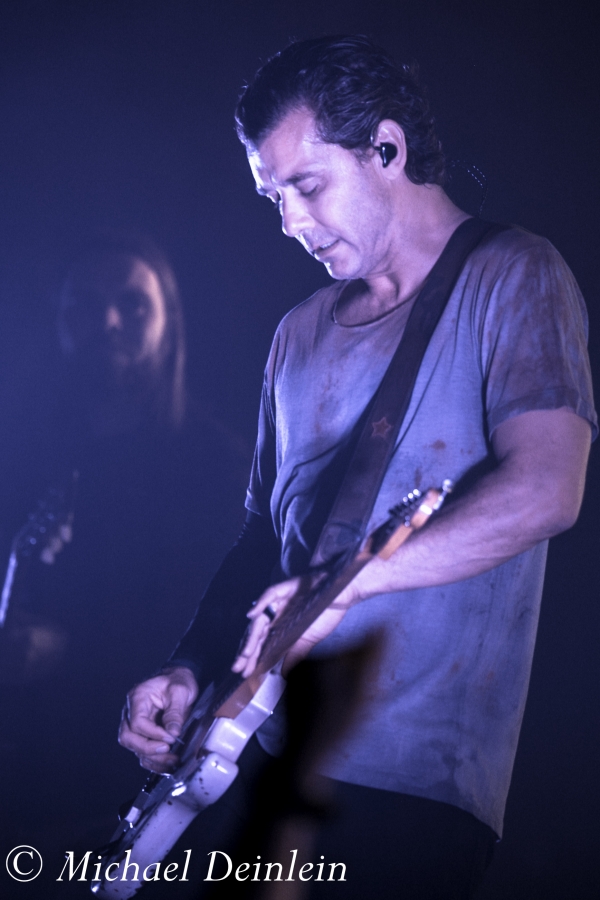 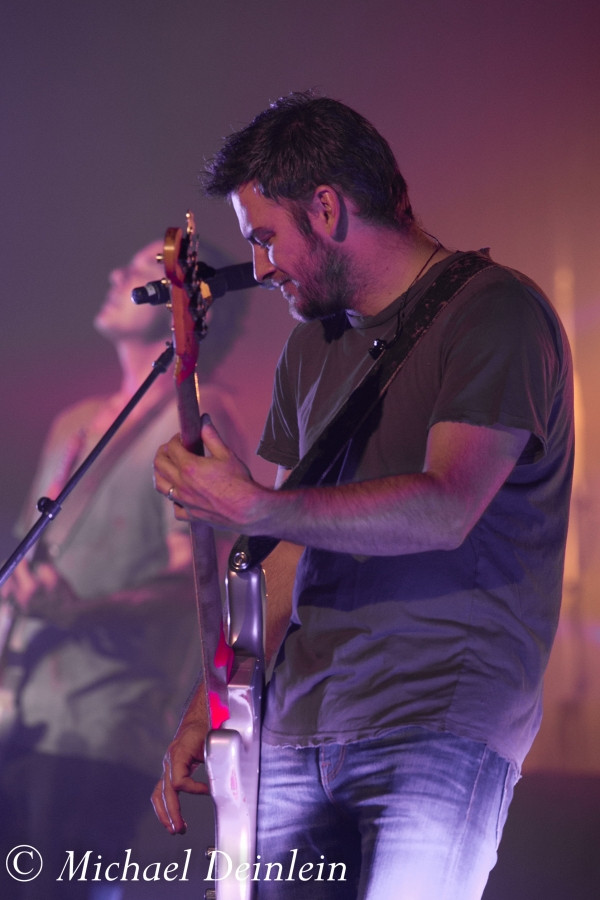 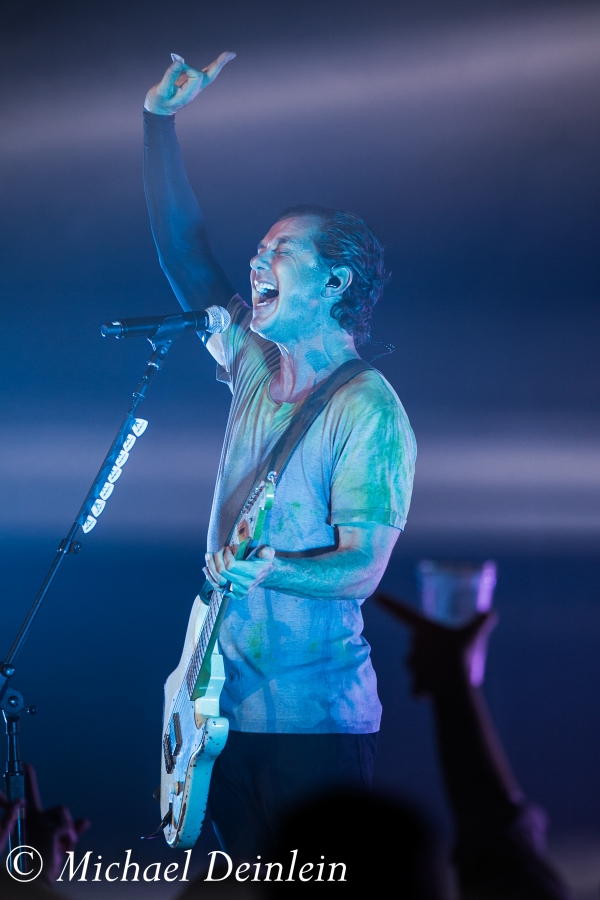 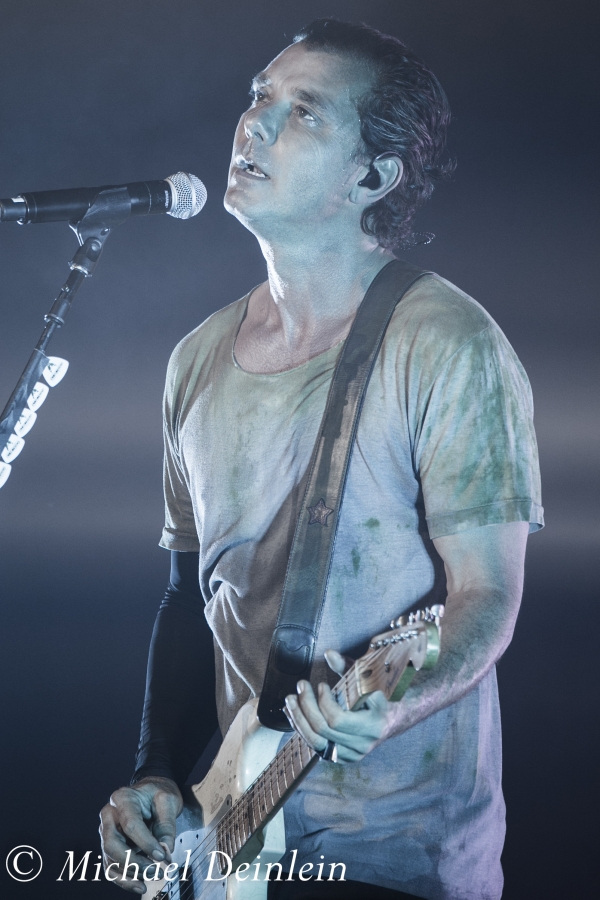 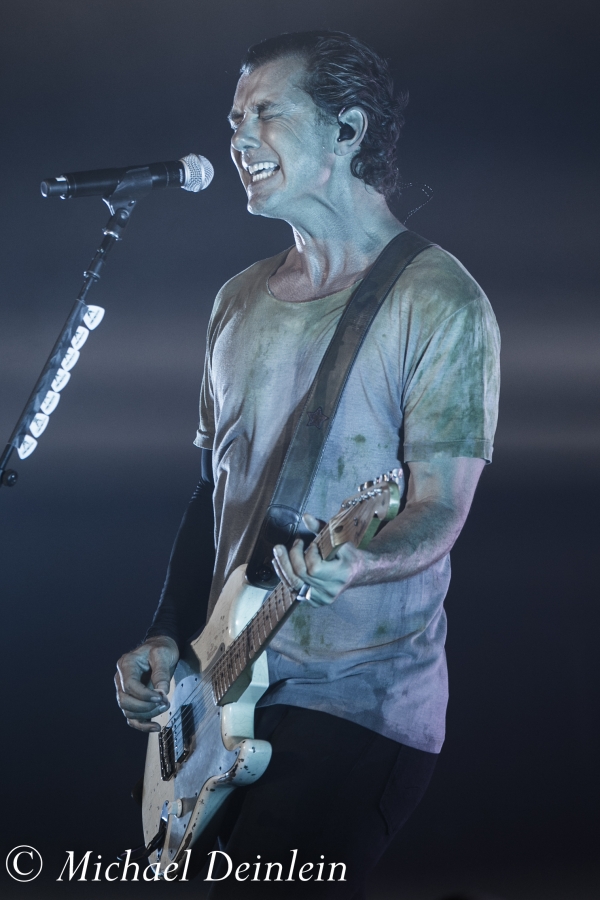 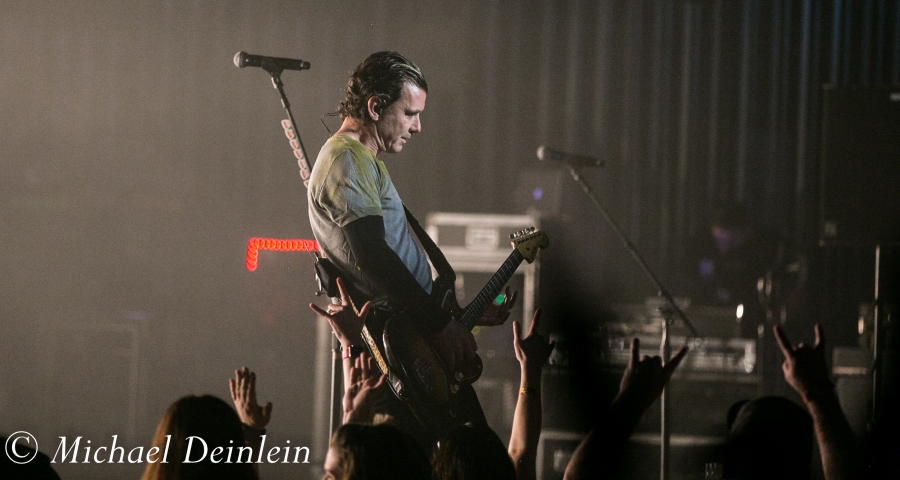 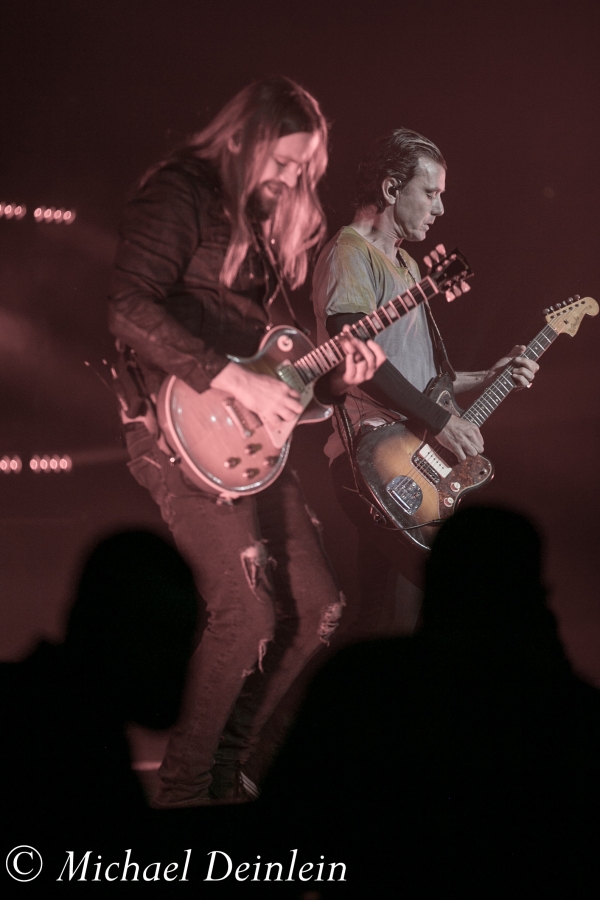 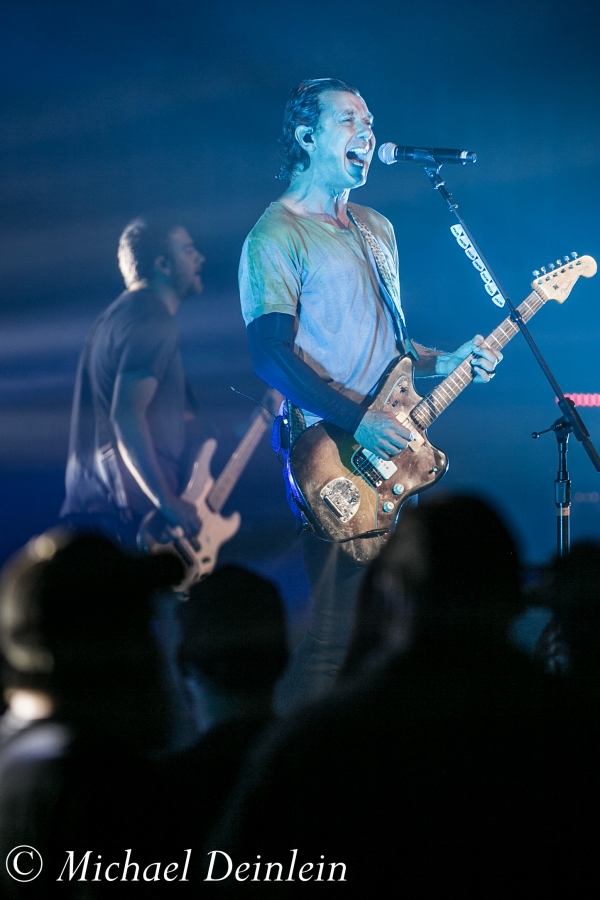 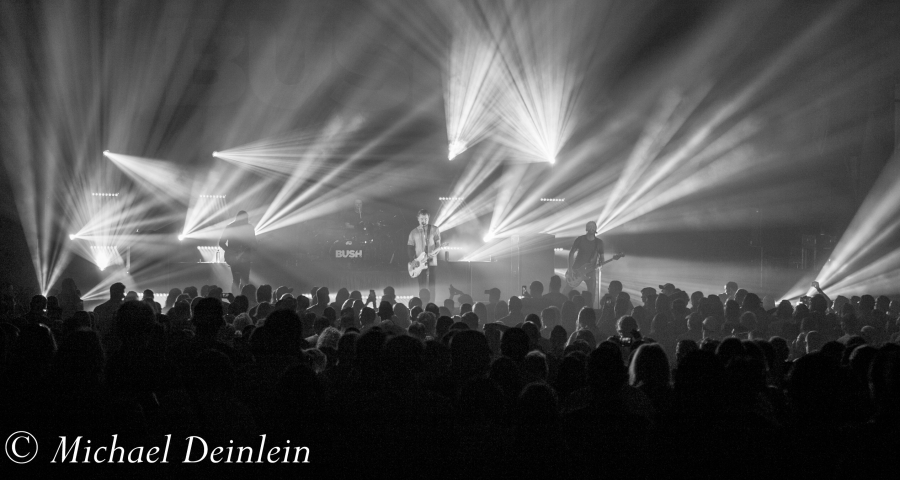 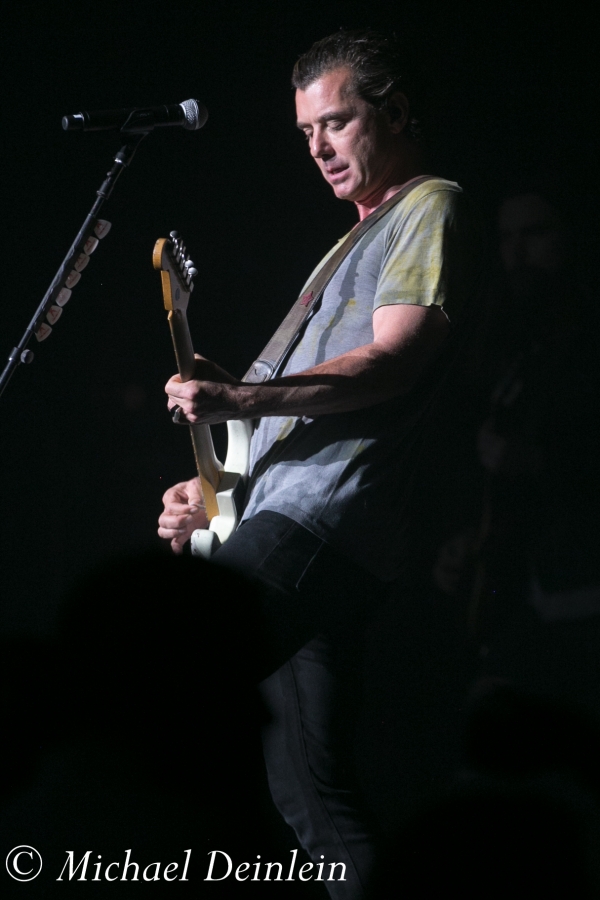 July 29, 2018 Michael Deinlein Concert Reviews, US Comments Off on Rod Stewart at the KFC Yum Center in Louisville, KY 29-JUL-2018

Rock n’ Roll legend, Sir Rod Stewart wows Louisville with a classic, timeless performance. Tonight had been circled on many people’s calendars from the moment the show was announced. Singer/Songwriter Rod Stewart, the two-time Rock & […]

November 29, 2021 Michael Deinlein Concert Reviews, US Comments Off on Guerrilla Red at The 21st In Germantown, KY 19-NOV-21

Guerrilla Red blasts Louisville with Artwork For The Blind and NothingWrong. The Louisville, Kentucky metal scene is simply VIBRANT and deep with talent. If there were any doubts about that statement all you had to […]

The Struts at the Mercury Ballroom in Louisville, KY 08-DEC-2016

December 8, 2016 Michael Deinlein Concert Reviews, US Comments Off on The Struts at the Mercury Ballroom in Louisville, KY 08-DEC-2016

Derby, UK glam rockers extraordinaire, The Struts, shine in Louisville with support from Holy White Hounds and Cemetery Sun. There was a high level of anticipation in the room moments before The Struts took the Mercury Ballroom […]