Louisville Dead Fest is an all-local music festival featuring the best in rock, punk, and metal from the Louisville area. The Dead Fest show concept, formed by local radio host Jared Riot at Riotheart Media, once known as Keep Louisville Loud, is focused on growing the local Louisville music community. 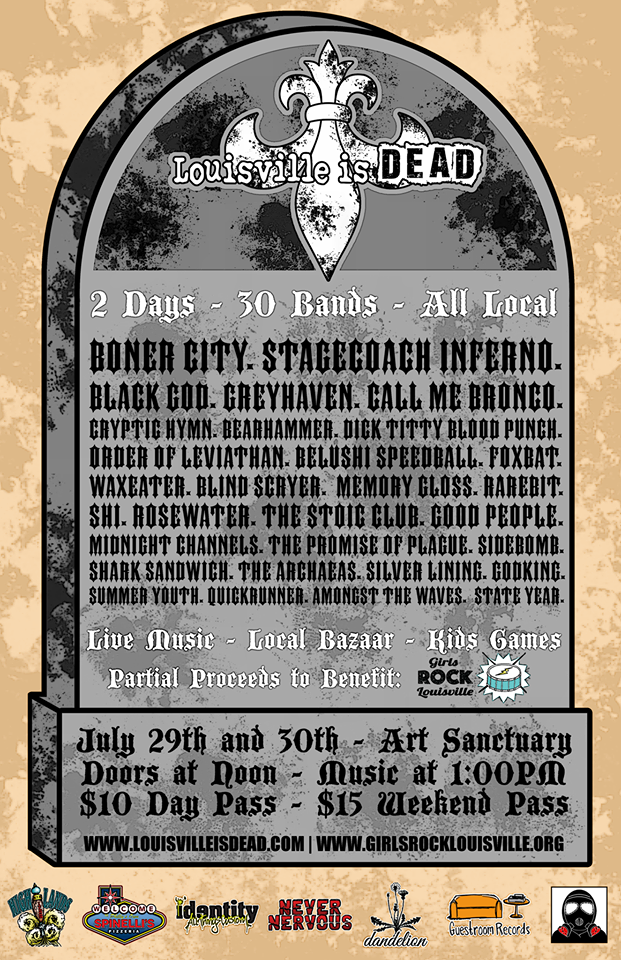 Proceeds from the event will support Girls Rock Louisville who aims to empower girls and gender non-conforming youth from all backgrounds by exploring music creation in a supportive, inclusive environment.

Proceeds will also fund a film project documenting the impact Louisville music has had on the people of the city, as well as it’s greater impact throughout the United States. This project is titled, “Louisville is Dead: A History of Louisville Punk”.

During the weekend, there will numerous booths at the bazaar featuring local artists, artisans, and smiths along with plenty of kidâ€™s activities and free games to keep the little ones entertained as well.

This weekend will be showcasing some of the best of the Louisville music scene and promises to be an unforgettable event.

Iced Earth at The Mercury Ballroom in Louisville, KY 24-FEB-2018

March 2, 2018 Michael Deinlein Concert Reviews, US Comments Off on Iced Earth at The Mercury Ballroom in Louisville, KY 24-FEB-2018

A perfect blend of bourbon, food, & music is returning to Louisville for the second year. We are proud to welcome to the #BourbonAndBeyond stages Sting, John Mayer, Robert Plant and the Sensational Space Shifters, Lenny Kravitz, and many more. Featuring the […]

Carl Palmer’s ELP Legacy Sets the house on fire for enthusiastic Louisville fans.   In Louisville, the heart of bourbon and Thoroughbreds, the focus in the city is centering around the Breeders Cup World Championships […]