TOUR RUNS FROM MARCH 27 THROUGH APRIL 18 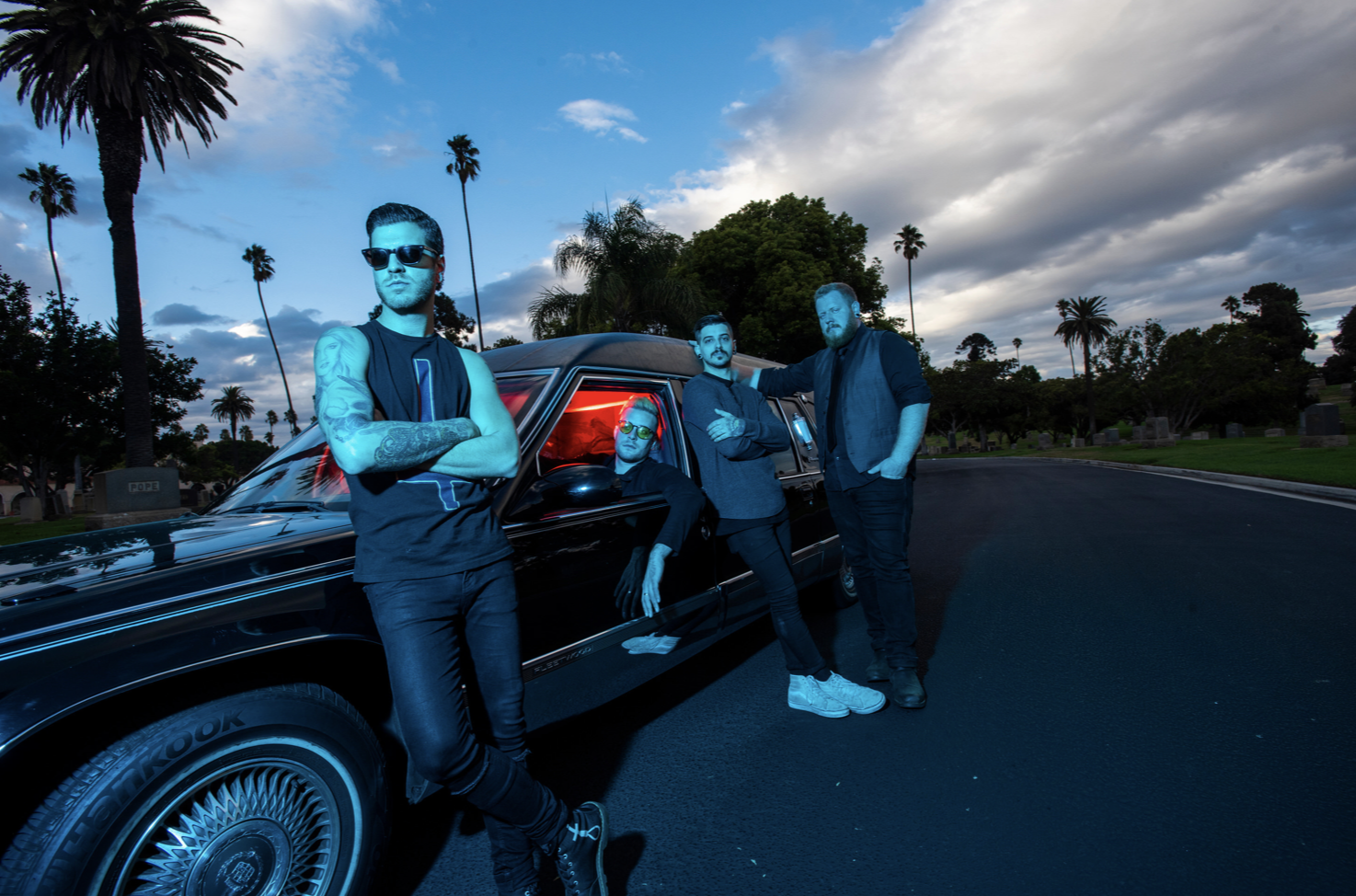 Ice Nine Kills and From Ashes to New will embark on a co-headline tour this spring. The “March Into Madness” tour runs from March 27 to April 18 and will feature special guests Palisades, Afterlife, and HAWK. All dates are below.

“We have been itching to get back on the road and play the most requested songs from The Silver Scream,” said INK’s Spencer Charnas. “The fans can be sure that INK and FATN have some killer surprises up our sleeves for a tour that will most certainly be remembered.”

“Spencer and I have been talking about FATN and INK getting together for a tour for a few years now,” said FATN’s Matt Brandyberry. “Now the stars have aligned and we’re able to bring it to life. This tour is going to be beyond sick!!”

Ice Nine Kills are returning to the road after wrapping up a stint on tour with Atreyu last fall. The band is supporting its most recent and massively well-received release The Silver Scream, which bowed with nearly 19,000 copies sold during its first week of availability. The album has passed 50,000 units total consumption thus far. Each of the 13 songs on the conceptual effort pays homage to classic slasher films of the ‘80s and beyond. The new single “A Grave Mistake” is currently at #33 at radio and was a “Most Added” track at the format. It stormed out of the gates and amassed 30 early supporters. SiriusXM named the band “A Sirius Future Five Artist of 2019” and the song has continuously topped the “BIGUNS” countdown.

From Ashes to New reached new heights in 2018 with the release of their sophomore album The Future. Lead single “Crazy” peaked at #2 at Active Rock radio, with fan-favorite “Broken” currently on the charts. The Lancaster, Pennsylvania based band, consisting of frontman/rapper Matt Brandyberry, guitarist Lance Dowdle, vocalist Danny Case, and drummer Mat Madiro took a massive step forward on the critically acclaimed album. With undeniable chemistry, they blend rock, hip/hop, pop, and metal and have established themselves as one of the leaders of the genre. Throughout the year, they toured extensively, including the band’s first headline tour, a co-headline tour with Bad Wolves, and they supported Five Finger Death Punch in arenas across America, continuing to gain momentum and earning a reputation as a phenomenal live band. 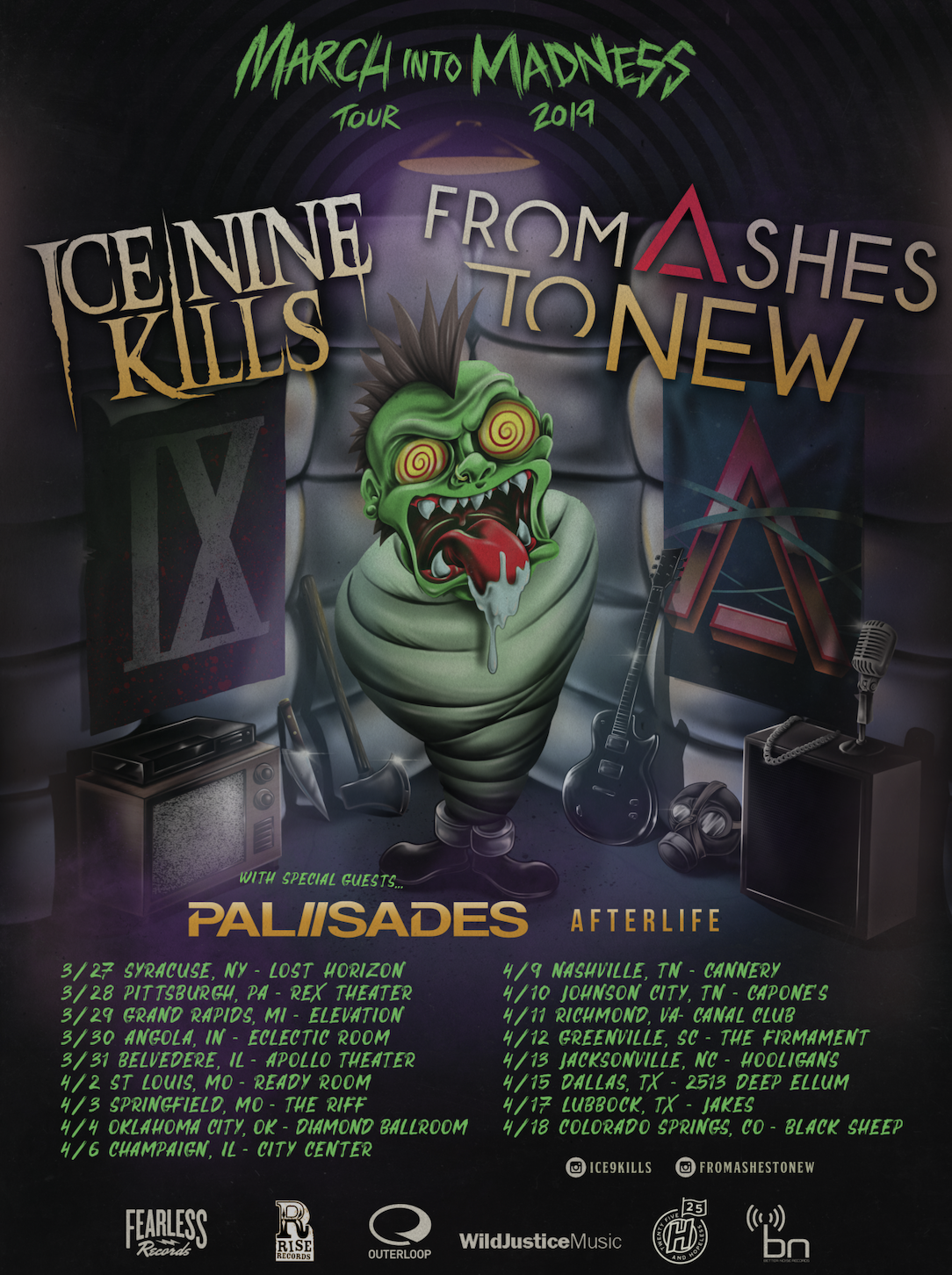 Ice Nine Kills To Release “The Silver Scream” on 10/5, Band Drops Video for “The American Nightmare”

July 1, 2018 Michael Deinlein Music News, US Comments Off on Ice Nine Kills To Release “The Silver Scream” on 10/5, Band Drops Video for “The American Nightmare”

From Ashes To New Release Official Music Video for “Crazy”

March 2, 2018 Michael Deinlein Music News, US Comments Off on From Ashes To New Release Official Music Video for “Crazy”

From Ashes To New drop the official music video for “Crazy,” the first single off of their upcoming LP, The Future, releasing April 20th via Better Noise Records / Eleven Seven Music. The album is available for pre-order today. Click Here to […]