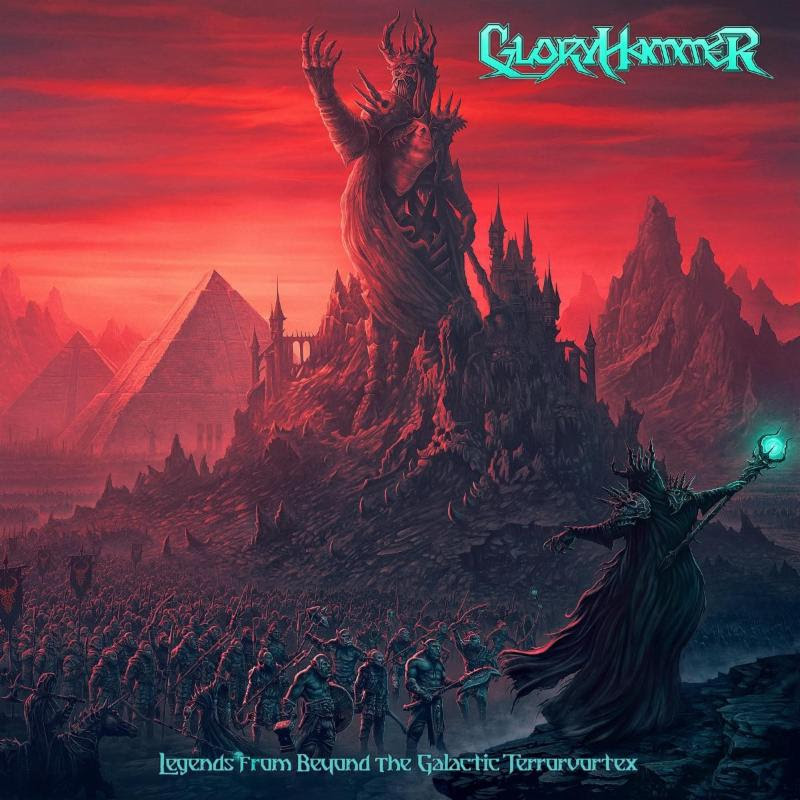 GLORYHAMMER Unveil New Album Cover and Title
Legends From Beyond The Galactic Terrorvortex out in Late Spring!
The thrilling third chapter of the GLORYHAMMER saga!
Mighty warriors of the galaxy, GLORYHAMMER, are about to return from another epic quest, and they come bearing their new album, Legends From Beyond The Galactic Terrorvortex!
Today, the band has revealed the cover of the third chapter of the mighty GLORYHAMMER saga. The galaxy waits in fear for the return of Angus McFife XIII, who fought the greatest battle the galaxy has ever heard of, against the evil sorcerer Zargothrax. All hope of the Kingdom of Fife lies in the strong arms and the infinite wisdom of their young prince.
In late spring, GLORYHAMMER‘s new album will tell us the whole story of the most gigantic battle of all time. Until then, we expect to receive more parts of what will end as the best power metal album the galaxy has ever seen. Keep your eyes and ears open!
Zargothrax on the new album: “Oh wow! I know a lot of people have been waiting on this album for what seems like centuries. For the last three years we’ve been working non-stop on it in absolute secrecy, and now it is finally complete! We can’t wait for y’all to hear it… this is the greatest power metal album of all time. HOOTS!”
Get into the right GLORYHAMMER mood by listening to “Rise Of The Chaos Wizards” from their last album, Space 1992: Rise Of the Chaos Wizards:
Listen to GLORYHAMMER:
iTunes |YouTube |Spotify | Deezer
GLORYHAMMER
Website | Facebook | Instagram
Facebook Comments