News Ticker
Tour Begins April 8, 2019, in San Diego, California
New Full-Length COMBICHRIST Album, One Fire, Coming Soon!
Electro-industrial frontrunners COMBICHRIST have officially announced their upcoming North American headline tour, kicking off on April 8, 2019 in San Diego, CA! Tour support will come from electro-alt-rockers Silver Snakes. See below for all currently confirmed tour dates and stay tuned for updates.
Tickets are available via individual venues. Meet and greet upgrades are available now via http://bit.ly/combichristvip.
In addition to this new tour, the band is thrilled to announce that they will release a new full-length album, One Fire, this year. COMBICHRIST mastermind Andy LaPlegua says: “Welcome to the birth, growth, death, and rebirth of a band. COMBICHRIST has become a purely visceral creature, driven by instinct and emotion; stripped of all pretension. It’s raw and uncompromising – it’s fueled by expressions of lust, anger, pain and hate. The never-ending evolution of a sound has finally come full circle. It’s time to feed our demons. It’s been way too long since we visited the roots of this band, and we are injecting it with the future!”
LaPlegua adds: “I can’t even express how stoked I am to get on the road right now. This new lineup and these new tracks have ignited a fire in me that I forgot I had.” 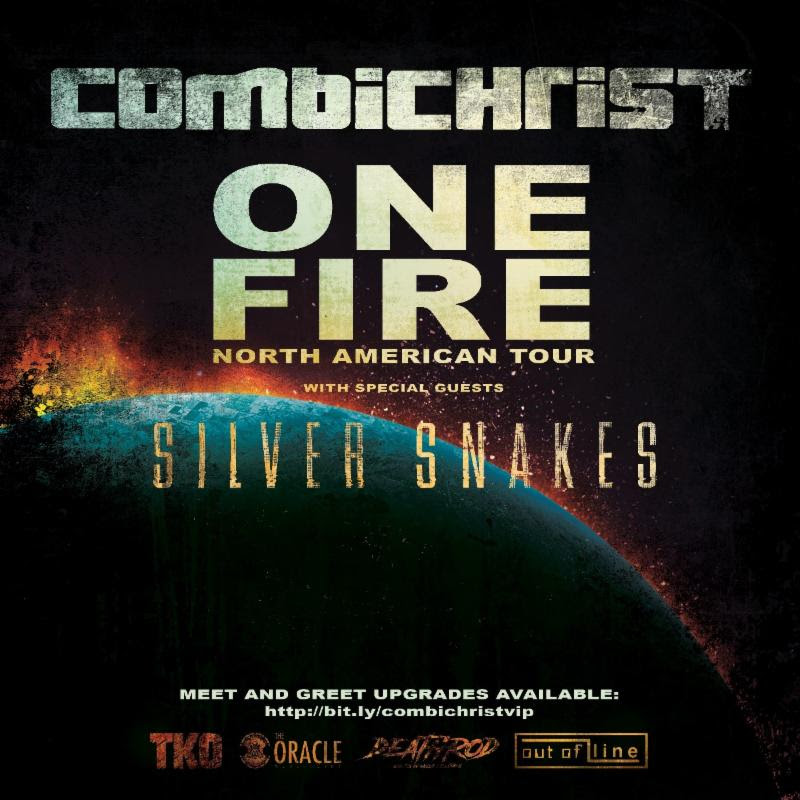 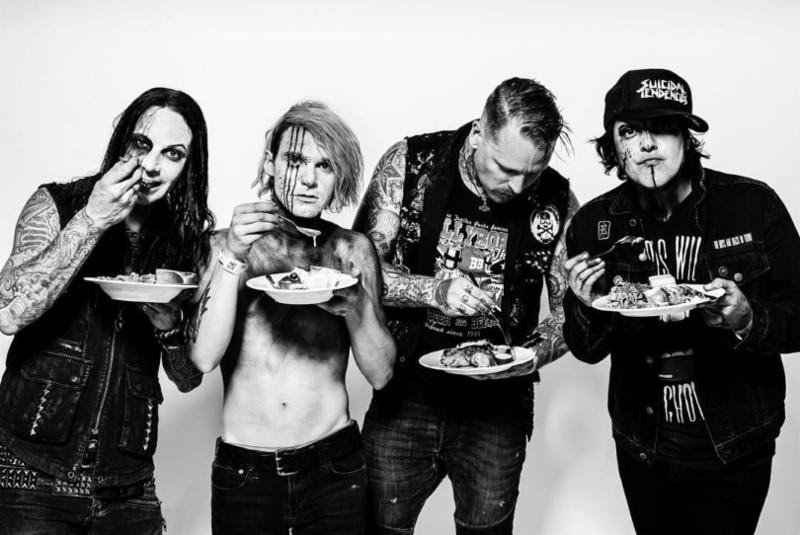 COMBICHRIST Press Photo – Tobias Sutter Photography
COMBICHRIST is:
Andy LaPlegua (Vocals)
Eric 13 (Guitar)
Nick Rossi (Drums)
Will Spod (Drums)
About Silver Snakes:
Formed in 2011, after frontman Alex Estrada’s hardcore/crust band Cathedrals went defunct, Silver Snakes started an evolution that has blended his many influences, from Latin singer Lola Beltrán to bands like Godflesh and Ministry. So, not surprisingly, the band’s 2016 release, Saboteur, finds the songwriter experimenting with samples, synths and beats for the first time. Inspired by two alternative masterpieces: Nine Inch Nails‘ The Downward Spiral and Sleep‘s cult classic Dopesmoker, the storyline interwoven with the music of Saboteur takes the listener through a pyrrhic victory of someone who, because of their own passions and goals, sabotages and manipulates for their own benefit and soon has to come face to face with the consequences of their actions.
Silver Snakes plan to release a new full-length album in 2019, with more details to come.
Silver Snakes is:
Alex Estrada (Vocals, Keys, Guitar, Samples)
Michael Trujillo (Bass, Keys, Vocals)
Mike Woods (Guitar, Vocals)
Combichrist
Website | Facebook | Instagram
Silver  Snakes
Website | Facebook | Instagram
Facebook Comments

SILVER SNAKES have released another lyric video from their forthcoming new album,Death and the Moon. The record comes out May 3rd on Claudio Sanchez’s EVIL INK RECORDS. Fans can check out the new video for the […]

New Full-Length Album, One Fire, out June 7, 2019 via Out Of Line Music Electro-industrial metal leaders COMBICHRIST are thrilled to announce more details regarding their upcoming ninth full-length album, One Fire, scheduled for release on June 7, 2019 […]